What happens to those with mortal bodies who are in the millennium?

What happens to those with mortal bodies who enter the millennium?

Christ teaches that at the end of the Tribulation and after the battle of Armageddon, everyone who is still living on the earth will be separated into two groups. This is called the Goat and Sheep Judgment (Matthew 25:31-46). The goats symbolized unbelievers who will “go away into eternal punishment” or hell (Matthew 25:41-46). The sheep symbolized believers in Christ who will enter the millennial kingdom or millennium (Matthew 25:31-40). Those who enter the millennial kingdom will enter with mortal bodies. As a result, they can have babies in the millennial kingdom. Those mortal babies will be sinners, just like their mortal parents. Our question then is, “What happens to those with mortal bodies who are in the millennium?” 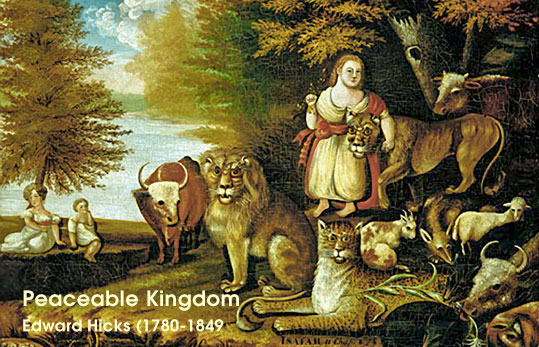 Mortals and Immortals In The Millennial Kingdom

It is important to note that at the Second Coming of Christ, all believers in Christ who are in heaven will accompany Christ (Revelation 19:14) and enter the millennial kingdom after the battle of Armageddon. Revelation  20:4 is the point at which the Old Testament saints will be raised and enter the kingdom. Consequently, the kingdom will contain all the mortal believers from the Goat and Sheep Judgment and all immortal believers since the beginning of time.

Isaiah 65:17-25 provides some helpful information about the 1,000 year kingdom (millennium or the millennial kingdom) which follows the tribulation. It will help us understand what happens to the mortals who die during the kingdom. In verse 17 we are told that the people who enter the kingdom from the tribulation will remember nothing. The last part of verse 16 helps us understand what will not be remembered when it says, “The former troubles will be forgotten” (Isaiah 65:16). The Hebrew word for “troubles” is sarah which means “stress, calamity and trouble.” That is, we will not remember the sins and trials of our past life. They will not even come to mind. Revelation 21:4 says the God will wipe away every tear, death will no longer occur, there will be no mourning, crying or pain—”first things passed away.”

For behold, I create new heavens and a new earth;
And the former things will not be remembered or come to mind. Isaiah 65:17 (NASB)

In verses 18-19 we are told Jerusalem will exist,  people will live there, and there will be no weeping and crying. Verse 20 provides some incredible information about life in the kingdom.

Here we find that people will live very long lives in the kingdom. For example, at one hundred years of age a person will be considered to be young. Anyone who does not live to at least one hundred years will be considered cursed. Now this is not describing heaven or the eternal state, but life in the kingdom. Verse 22 restates this fact. Verse 25 helps us understand that life in the millennial kingdom was described in the preceding verses when we are told that peace will exist in the animal kingdom. The reference to My mountain is a symbolic reference to Christ’s worldwide kingdom at that time. It does not refer to the eternal state.

When People Die in the Kingdom

We have discovered that at the start of the kingdom, everyone who enters the kingdom will be believers. Those believers who are living in the kingdom with immortal bodies will never die. Those believers who enter the millennial kingdom with mortal bodies may have babies and can die at some future time during the millennial kingdom. Those who are born  in the kingdom will be sinners at birth since they are still descendants of Adam (Romans 5:12-14, 16-19). This means that they must believe in Christ as Lord and Savior in order to be forgiven their sins, escape hell and go to heaven.

This means that unbelievers who die during the millennial kingdom will go to hell. Remember that unbelievers born in the kingdom are mortal and if they never believe and accept Christ as Lord and Savior, they will not go to heaven. Some unbelievers will be living at the end of the kingdom since Revelation 20:7-10 prophesies that people from the nations of the world will join the devil in war against God. It will be the final attempt to defeat God.

Once a believer is in the kingdom they will remain in the kingdom. When the millennial kingdom ends, every believer will enter the eternal state or the new heaven and earth as described in Revelation 21-22. Where are you going when you die? If you are not sure, visit “Are You A Christian? — Looking For Evidence“

When and where does the Goat and Sheep judgment occur?
Does two men in the field, one taken and one left refer to the rapture?
When are the Old Testament saints resurrected?
During the thousand year reign of Christ will Christians live in heaven?
Is Matthew 24:30-31 about the rapture or second coming?
Are the Old Testament saints resurrected at the rapture?
What does the Bible teach about the resurrection of the dead?
What happened to the saints who were resurrected from the graves?
Are You A Christian? — Looking For Evidence
Searching for God