What does the Bible teach about the resurrection of the dead? 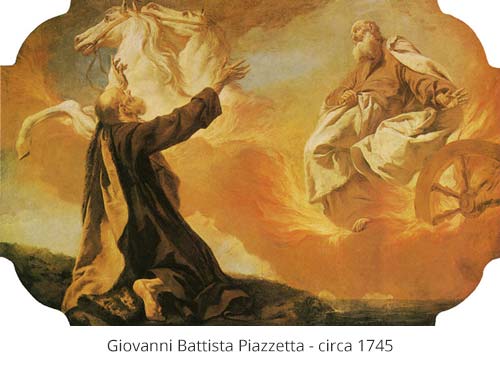 Jesus’ taught about the resurrection of the dead in Matthew 22:31-32 after the Sadducees had asked Jesus a trick question (Matthew 22:23-28). They tried to catch Jesus making a misstatement. But Jesus had two replies. The first reply began in verse 29 and the second one began in verse 31. The second reply was given because the Sadducees had spoken of the resurrection of the dead, which they did not believe (Acts 23:8). This is Jesus’ reply.

The Dead Will Be Resurrected

Jesus’ reply to the Sadducees is masterful. In order to prove that there is a resurrection of the dead He quotes Exodus 3:6, 15, 16.

He said also, “I am the God of your father, the God of Abraham, the God of Isaac, and the God of Jacob.”  Then Moses hid his face, for he was  afraid to look at God. Exodus 3:6 (NASB)

After Death Our Spirits Continue To Live

The Old Testament clearly tells us that there is life after our earthly life. The first example of spiritual life after physical life can be found in Genesis 5:24.

Genesis 5:24 tells us that Enoch was no longer here at some point in time and Hebrews 11:5 tells us where he went. He was taken up to heaven.

By faith Enoch was taken up so that he would not see death; AND HE WAS NOT FOUND BECAUSE GOD TOOK HIM UP; for he obtained the witness that before his being taken up he was pleasing to God. Hebrews 11:5 (NASB)

That is, we never cease to exist. We have a physical body in this life and some day we will have a mortal body in eternity. The eternal body is given to Christians in the millennial kingdom (Revelation 20:4-6) or at the Great White Throne judgment (Revelation 20:11-15).

The next significant statement in the Old Testament about the resurrection can be found in 2 Samuel 12:22-23.

These verses record King David’s reply to his servants who had asked why did he stop grieving the death of his son after he died? David’s reply is clear. He expected to go to him in heaven.

Job 14:14 is the next important passage about the resurrection. It tells us that Job expected to be resurrected after he died.

If a man dies, will he live again?
All the days of my struggle I will wait
Until my change comes. Job 14:14 (NASB)

In 2 Kings 2:11 we are told that Elijah did not die and remain in the grave. Instead, Elijah was taken up to heaven.

As they were going along and talking, behold, there appeared  a chariot of fire and horses of fire which separated the two of them. And Elijah went up by a  whirlwind to heaven. 2 Kings 2:11 (NASB)

This reveals that there is life after death. In Elijah’s case God spared him the pain of experiencing physical death.

In Psalm 23:6, King David tells us that he expected to live forever with God.

Surely goodness and lovingkindness will follow me all the days of my life, and I will dwell in the house of the LORD forever. Psalm 23:6 (NASB)

Many of those who sleep in the dust of the ground will awake, these to everlasting life, but the others to disgrace and everlasting contempt. Those who have insight will shine brightly like the brightness of the expanse of heaven, and those who lead the many to righteousness, like the stars forever and ever. Daniel 12:2-3 (NASB)

The key question that must be asked is where will you spend eternity? Will you live forever in heaven or in the Lake of Fire? Those who will go to heaven are those who have repented of their sins, believe our God, Jesus Christ, died for their sins on a cross, was resurrected and are willing to submit themselves to Jesus Christ as their Lord. For more information visit Searching For God, I want to seek God; how do I seek God? and Will I Go To Heaven?

Searching For God
I want to seek God; how do I seek God?
Will I go to heaven?
The King Reigns!
Promise of Future Resurrection
Does Jesus Christ give the kingdom to God the Father?