How were the four gospels distributed to the early Church?

How were the four gospels distributed to the early Church?

It is common to read and hear some individuals claim that the four gospels or memoirs of the apostles were not created or placed into the Bible until almost four hundred years after the death and resurrection of Christ. Such claims are either due to willful ignorance or just plain lack of scholarship. What follows is an answer to the question, “How were the four gospels distributed to the early Church?” 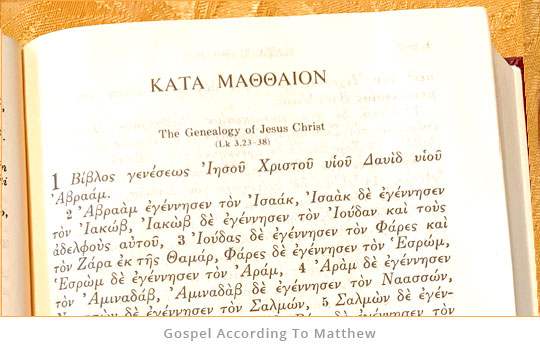 Distribution Of The Gospels

While the gospels of Matthew, Mark and John do not contain any statements within their books that reveal how they were distributed, the gospel of Luke has this helpful introduction,

Inasmuch as many have undertaken to compile an account of the things accomplished among us, just as they were handed down to us by those who from the beginning were eyewitnesses and servants of the word, it seemed fitting for me as well, having investigated everything carefully from the beginning, to write it out for you in consecutive order, most excellent Theophilus; so that you may know the exact truth about the things you have been taught. Luke 1:1-4 (NASB)

The first account I composed, Theophilus, about all that Jesus began to do and teach, until the day when He was taken up to heaven, after He had by the Holy Spirit given orders to the apostles whom He had chosen. Acts 1:1-2 (NASB)

It is clear from this author that he sent the gospel of Luke and the book of Acts to Theophilus. That was the beginning of the distribution of both documents. Colossians 4:16 and 1 Thessalonians 5:27 reveal that writings of Paul were distributed throughout the churches. 2 Peter 3:15-16 reveals that Peter was reading the writings of Paul. The picture is simple. The early church made copies of the writings of the apostles and their representatives. Then the copies were hand carried for distribution among the churches and individual Christians.

For more information read, “What books belong in the Bible? – Canon of Scripture.”  As a result, copies of the New Testament were created and read. The New Testament was completed and recognized by the end of the first century and not by some distant church council hundreds of years later. Historical records of the councils reveal that the councils defended the already compiled New Testament and the historic teachings of Christ and the apostles.

What is the Muratorian Fragment?
Where did the gospel writers gain their knowledge?
What books belong in the Bible? – Canon of Scripture
Why do we accept the Bible?
What does it mean that the Bible is inspired? – Inspiration of Scripture
The Origin of the Four NT Gospels – by Ron Jones