What books belong in the Bible? – Canon of Scripture

What books belong in the Bible? – Canon of Scripture

Have you ever wondered if the Bible is missing any books or contains books that should be removed? What books belong in the Bible? The following answer has two parts. The first part reveals what Jesus and the apostles believed about the Old Testament since it existed at the time Christ walked among us. Jesus and the apostles called it the Scriptures and today it is often called the Hebrew Bible or Tanakh. The second part reveals how the apostles identified which books belonged in the New Testament. 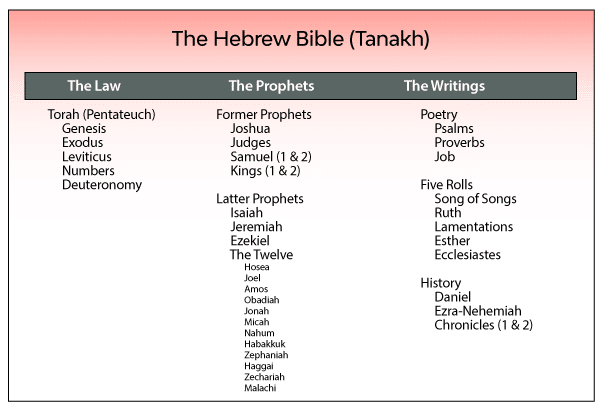 Old Testament – Endorsed By Jesus and The Apostles

Jesus said to them, “Did you never read in the Scriptures,
“THE STONE WHICH THE BUILDERS REJECTED,
THIS BECAME THE CHIEF CORNER stone;
THIS CAME ABOUT FROM THE LORD,
AND IT IS MARVELOUS IN OUR EYES”?
Matthew 21:42 (NASB)

In Matthew 22:29 and 26:54 Jesus quotes the Scriptures again. Each time He reveals that He believed it was authoritative.

But Jesus answered and said to them, “You are mistaken, not understanding the Scriptures nor the power of God. Matthew 22:29  (NASB)

How then will the Scriptures be fulfilled, which say that it must happen this way?” Matthew 26:54  (NASB)

Jesus Endorsed “The law, “The Prophets” and “The Writings”

The above references are general but do not refer to any specific books. Therefore, the following passages are important since they reveal that Jesus truly accepted the Scriptures that the Jews call the Tanakh as being inspired. For example, in the Sermon on the Mount Jesus said,

Do not think that I came to abolish the Law or the Prophets; I did not come to abolish but to fulfill.  Matthew 5:17

In everything, therefore, treat people the same way you want them to treat you, for this is the Law and the Prophets. Matthew 7:12

“But he said to him, ‘If they do not listen to Moses and the Prophets, they will not be persuaded even if someone rises from the dead.’” Luke 16:31 (NASB)

Then beginning with Moses and with all the prophets, He explained to them the things concerning Himself in all the Scriptures. Luke 24:27 (NASB)

But the best passage that authenticates every book in the Tanakh as authoritative and inspired is Luke 24:44.

Now He said to them, “These are My words which I spoke to you while I was still with you, that all things which are written about Me in the Law of Moses and the Prophets and the Psalms must be fulfilled.” Luke 24:44  (NASB)

Notice that Jesus referred to the “The Law” when He said, “the Law of Moses.” He also referred to the “The Prophets” and the Psalms. Since the book of Psalms is the largest and first book in the section called “The Writings,” this means that Jesus believed that the Hebrew Scriptures of His day, the Tanakh, were both inspired and authoritative.

Matthew 23:35 is a wonderful passage that indicates Jesus also endorsed the Tanakh from the the first to the last book of the Jewish Scriptures or the Hebrew Bible.

. . . so that upon you may fall the guilt of all the righteous blood shed on earth, from the blood of righteous Abel to the blood of Zechariah, the son of Berechiah, whom you murdered between the temple and the altar. Matthew 23:35 (NASB)

Notice that Jesus refers to two men. Abel is the first man and he appears in the first book called Genesis (Genesis 4:8). The second man is found in the last book of the Hebrew Bible or Tanakh in 2 Chronicles 24:20-22. Since Jesus wanted to refer to every righteous man that had been killed by wicked leaders, He referred to the blood shed from the death of Abel all the way to Zechariah, the son of Berechiah. By doing this, Jesus revealed that He believed the entire set of books in the Tanakh was inspired and authoritative. For more information about the death of Zechariah, the son of Berechiah, please visit “Woe to the Pharisees.”

In summary, these references teach us that Jesus and the apostles believed and accepted the books that are in the Old Testament as Scripture. That is, the Christian Old Testament is inspired and authoritative.

Just before Jesus ascended back to heaven He told the apostles to share the gospel, make disciples, baptize those who became disciples and then teach them. Christ’s authority to teach was transferred to the apostles.

Go therefore and make disciples of all the nations, baptizing them in the name of the Father and the Son and the Holy Spirit, teaching them to observe all that I commanded you; and lo, I am with you always, even to the end of the age.” Matthew 28:19-20 (NASB)

After Jesus ascended to heaven (Acts 1:9-11), the apostle Peter preached a sermon on the day of Pentecost and thousands of people became Christians. Acts 2:42 tells us that the early church devoted themselves to the teaching of the apostles.

Apostles’ Writings Were Distributed Among The Churches

The first four verses of the gospel of Luke reveal that Luke wrote the book for a man called Theophilus. Acts 1:1-2 also reveals that it was written for Theophilus. This means that Luke wrote both books and sent them to Theophilus. In turn those two books were distributed. In Colossians 4:16 and 1 Thessalonians 6:27, we discover also that the early church distributed the teachings of the apostles. In fact, Paul directed them to distribute his writings. Those documents are called books or the letters of the apostles.

2 Peter 3:15-16 reveals that Peter was reading the letters of the apostle Paul.

. . .  and regard the patience of our Lord as salvation; just as also our beloved brother Paul, according to the wisdom given him, wrote to you,  as also in all his letters, speaking in them of these things, in which are some things hard to understand, which the untaught and unstable distort, as they do also the rest of the Scriptures, to their own destruction. 2 Peter 3:15-16 (NASB)

The apostle Paul was also reading the writings of the other apostles and their secretaries. For example, in 1 Timothy 5:18 the apostle Paul reveals that he had read the gospel of Luke. In this passage Paul quotes two passages.

For the Scripture says, “YOU SHALL NOT MUZZLE THE OX WHILE HE IS THRESHING,” and “The laborer is worthy of his wages.” 1 Timothy 5:18 (NASB)

The first scripture that Paul quotes as Scripture is Deuteronomy 25:4 and the second one is Luke 10:7. This reveals that Paul had read the gospel of Luke and had determined that Luke was Scripture. Since Luke wrote the book of Acts this suggests that Acts, is Scripture too! 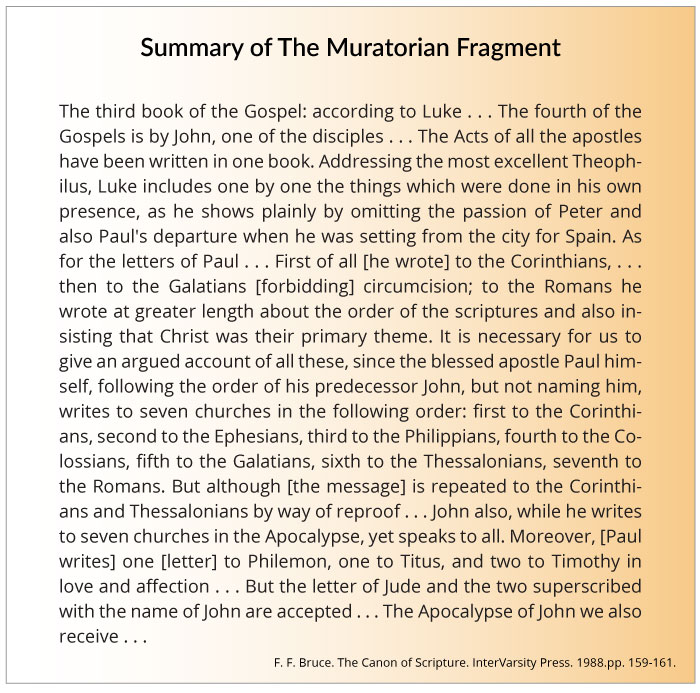 What books belong in the Bible? The answer is the books that are in our Bibles today are the books that should be there. For information about the Old Testament visit, “What Is The Apocrypha? Should It Be In The Bible?” We can rejoice that the books in the Christian Bible were approved and endorsed by Christ and His apostles.

Woe to the Pharisees
Why do we accept the Bible?
What is the Muratorian Fragment?
What Is The Apocrypha? Should It Be In The Bible?
What are the additional books of the Bible in the Catholic religion?
Should the Deuterocanon be included in the Holy Bible?
How has God revealed Himself? - General and Specific Revelation
What does it mean that the Bible is inspired? – Inspiration of Scripture