Are some sins worse than other sins? – Are all sins equal?

Are some sins worse than other sins?

Some say that sin is an error, mistake or disease. Others think that sin usually involves sex. But in 1 John 3:4, God defines sin as lawlessness. In other words, any violation of His laws and commandments is a sin. The verse also states that anyone who sins is lawless.

Now the question that we concerned with is, “Are some sins worse than other sins?” 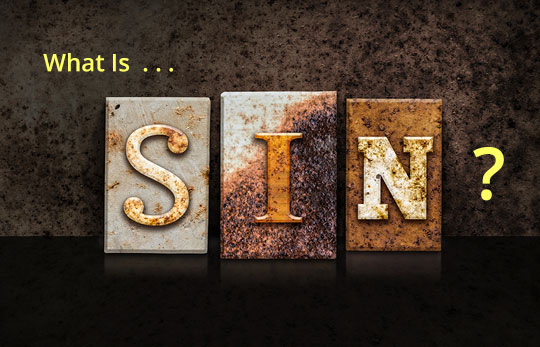 One Sin Will Send You To Hell

Scripture teaches every person is already a sinner when he or she is born into this world (Psalm 51:5).

Behold, I was brought forth in iniquity,
And in sin my mother conceived me.
Psalm 51:5 (NASB)

Proverbs 22:6 reveals that children are bent toward wickedness and parents must discipline their children or they will never change. People do not sin only when they become adults. James 1:14-15 teaches that our sin nature is revealed when we sin, that is, when we violate God’s laws.

But each one is tempted when he is carried away and enticed by his own lust. Then when lust has conceived, it gives birth to sin; and when sin is accomplished, it brings forth death. James 1:14-15  (NASB)

Some Sins Are Greater

Some sins are worse than other sins. That is the message of Scripture. For example, Genesis 18:20 refers to the sin of homosexuality as an exceedingly grave sin.

And the LORD said, “The outcry of Sodom and Gomorrah is indeed great, and their sin is exceedingly grave.” Genesis 18:20 (NASB)

The third Scripture that indicates some sins are more serious is 1 Samuel 2:12-16. Here a sin is called “very great” and it refers to occasions when the sons of Eli violated the sacrifices being offered by those bringing the sacrifices. The Hebrew word for “very” is meod, which means “exceedingly” in Genesis 18:20. This helps understand that the Israelites committed a very great sin.

Thus the sin of the young men was very great before the LORD, for the men despised the offering of the LORD. 1 Samuel 2:17 (NASB)

The book of Proverbs lists seven sins that are called abominations. The Hebrew word for “abominations” is toeba which is sometimes translated as “detestable.” The list is given in Proverbs 6:16-19. These sins called abominations include pride, a lying tongue, murder, wicked plans, eagerness to sin, a false witness and one who causes strife within a family. The Hebrew word for brothers typically refers to siblings but can also include friends and countrymen.

There are six things which the LORD hates,
Yes, seven which are an abomination to Him:
Haughty eyes, a lying tongue,
And hands that shed innocent blood,
A heart that devises wicked plans,
Feet that run rapidly to evil,
A false witness who utters lies,
And one who spreads strife among brothers.
Proverbs 6:16-19 (NASB)

Another important passage that communicates to us that God considers some sins to be more serious than others is found in Ezekiel 23:11. First, in Ezekiel 23:4 we are told that Oholah is another name for Samaria and Oholibah refers to Jerusalem. With that information we can now understand Ezekiel 23:11.

Now her sister Oholibah saw this, yet she was more corrupt in her lust than she, and her harlotries were more than the harlotries of her sister. Ezekiel 23:11  (NASB)

The sin of Oholibah or Jerusalem was that the citizens sought the favor of the Assyrian empire rather than God. But notice that God indicates that Jerusalem’s sin was “more corrupt” than the sin of Samaria.

John 19:11 also presents us with a passage that reveals some sins are greater than others.

Jesus answered, “You would have no authority over Me, unless it had been given you from above; for this reason he who delivered Me to you has the greater sin.” John 19:11 (NASB)

Notice that Jesus refers to “the greater sin.” He made this comment while speaking to Pontius Pilate. The Greek word for “greater” is megas. It can also mean “greater or astonishing.” That is, some sins are greater than others.

An illustration that some sins are greater than others and will result in worse punishment at the judgment is given to us in Luke 12:47-48.

And that slave who knew his master’s will and did not get ready or act in accord with his will, will receive many lashes, but the one who did not know it, and committed deeds worthy of a flogging, will receive but few. From everyone who has been given much, much will be required; and to whom they entrusted much, of him they will ask all the more. Luke 12:47-48 (NASB)

The next passage that reveals some sins will result in greater punishment is Hebrews 10:29. The Greek for “severer” is cheiron which means “more severe, evil or injurious.” That is, the punishment is more injurious. This passage speaks of the sin of rejecting Christ. This is the worst of sins. It will send a person to hell. In Matthew 12:31-32 this sins is referred to as the sin that will not be forgiven. It is usually called the unpardonable sin.

How much severer punishment do you think he will deserve who has trampled under foot the Son of God, and has regarded as unclean the blood of the covenant by which he was sanctified, and has insulted the Spirit of grace? Hebrews 10:29 (NASB)

James 3:1 is a warning to pastors and teachers that should be taken much more seriously than it sometimes is taken.

Let not many of you become teachers, my brethren, knowing that as such we will incur a stricter judgment. James 3:1 (NASB)

When a pastor falsely teaches the Bible, he has sinned and as a result will be punished more severely.

We have discovered that some sins are greater than others. In the passages that we have considered some sins are referred to as “exceedingly grave,” “great,” “very great,” “abominations,” “more corrupt” and “greater.” In other passages we learned that some sins will results in “severer punishment” and “a stricter judgment.”

Scripture teaches that some sins are worse than others. We also discovered that even the smallest of sins demonstrates that a person deserves hell and that is where he and she will go unless they believe in Christ and receive Him as Savior and Lord.

Searching For God
Is there a sin that God will not forgive? When does He forgive?
What is the unforgivable sin? — Blasphemy of The Spirit
Are we born spiritually dead?
What is the meaning of the word repent or repentance in the Bible?
Is it a sin to break the law?