Is there a sin that God will not forgive? When does He forgive?

Is there a sin that God will not forgive? When does He forgive?

Are you worried that God may not forgive some sin you have committed? Maybe you hope God will not forgive someone who offended you!  Then discover when God forgives sins. 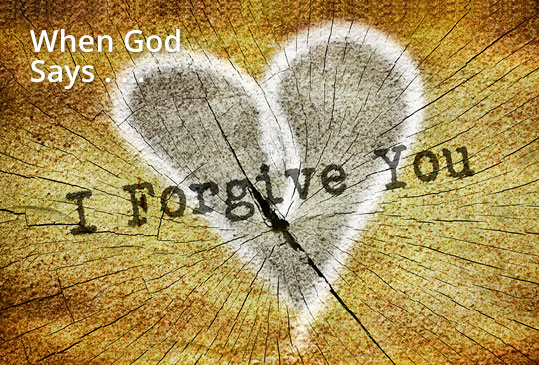 The Character of God

There are many passages in the Bible that speak of God’s forgiveness. Nehemiah 9:17  is an especially important one because it reveals the character of our God as a forgiving God.

But You are a God of forgiveness,
Gracious and compassionate,
Slow to anger and abounding in lovingkindness;
And You did not forsake them.
Nehemiah 9:17 (NASB)

The intrinsic character of God includes forgiveness, grace, compassion, long-suffering, loving kindness and faithfulness. He does not forsake us. The first character trait listed here is that God forgives. I am glad that our God forgives. In sharp contrast most men and women have difficulty forgiving and loving others. Once offended, we tend to hold grudges and some seek revenge, but not our God. When He forgives, He chooses to not remember (Psalm 103:12; Isaiah 38:17; 43:25; Micah 7:19).

Daniel 9:9 reminds us that God forgives when we rebel against Him. Rebellion is willful disobedience.

To the Lord our God belong compassion and forgiveness, for we have rebelled against Him . . . Daniel 9:9 (NASB)

These two passages reveal that forgiveness is part of God’s character.

If Your people Israel are defeated before an enemy because they have sinned against You, and they return to You and confess Your name, and pray and make supplication before You in this house, then hear from heaven and forgive the sin of Your people Israel, and bring them back to the land which You have given to them and to their fathers.
2 Chronicles 6:24-25 (NASB)

In the first passage, the nation of Israel was told they had sinned and needed to repent, acknowledge God, pray to Him and seek Him. What did God promise to do if they would repent and confess their sins? He would forgive their sins and bring them back to the land. Blessing typically follows confession of sins.

In the second passage, King David rejoiced that God forgave his sin. He had sinned by murdering Bathsheba’s husband and committing sexual sin with her. David thought that no one knew about his sin. He had forgotten that God knows the secrets of our hearts (Psalm 44:21; Acts 15:8). Eventually, the prophet Nathan confronted David and then David confessed his sin to God (2 Samuel 12:1-13). In Psalm 32:1-5 David openly describes his suffering as a result of not confessing sin immediately, and then he tells us that God forgave him when he was sincere—”no deceit.”

How blessed is he whose transgression is forgiven,
Whose sin is covered!
How blessed is the man to whom the LORD does not impute iniquity,
And in whose spirit there is no deceit!
When I kept silent about my sin, my body wasted away
Through my groaning all day long.
For day and night Your hand was heavy upon me;
My vitality was drained away as with the fever heat of summer. Selah.

I acknowledged my sin to You,
And my iniquity I did not hide;
I said, “I will confess my transgressions to the LORD”;
And You forgave the guilt of my sin. Selah.
Psalm 32:1-5 (NASB)

David explains that his body was wasting away and in pain. He admits that while he refused to confess his sin God caused him to suffer. Finally, David confessed his sin and God forgave. Then in verse 11 he tells us that his joy returned.

Be glad in the LORD and rejoice, you righteous ones;
And shout for joy, all you who are upright in heart. Psalm 32:11 (NASB)

Both passages illustrate that our God is a God of forgiveness.

We have discovered that forgiveness is at the very core of the character of God. He is a God of forgiveness. Now, we must ask, “Is there a sin God will not forgive?” The answer is found in 1 John 1:9. This is a promise that every believer should remember.

If we confess our sins, He is faithful and righteous to forgive us our sins and to cleanse us from all unrighteousness. 1 John 1:9 (NASB)

In this verse we are told that if we confess our sins, God will forgive us. The Greek word for “confess” is homolegeo which means “to say the same thing, to agree.” Therefore, we are told that if we agree with God about our sins and admit our sin, then He will forgive our sins. We must name the sin that we committed and call it sin. Confession means that we call sin sin and not a mistake or an error. We cannot blame someone else for our sin. If we make excuses for ourselves, then we are not agreeing with God that we committed the sin. Confession means to admit that our outbursts of anger is sin. We committed that sin. If we steal then we must admit that we sinned by stealing, for example. Anyone who commits adultery has sinned. Lusting after a man or woman is a sin. The first step is to admit our sins.

Then what did God promise to do? He promises to forgive us because He is faithful and righteous. We can trust God to forgive us because that is His very character. He will faithfully forgive a person who honestly admits his or her sins. We can trust Him to forgive. We are also told that God is righteous. He will forgive because everything He does is right or correct. He never sins. Our God is a God of forgiveness. Forgiveness is at the core of God’s character.

Therefore, which sins will God forgive? He will forgive every sin a person confesses. The unforgivable sin is called “unforgivable” because it refers to an individual’s final and ultimate rejection of Jesus Christ (Matthew 12:30-31). In 1 John 3:23 men and women are commanded to believe in Christ.

This is His commandment, that we believe in the name of His Son Jesus Christ, and love one another, just as He commanded us.  1 John 3:23 (NASB)

If we disobey, we have sinned. Therefore, the unforgivable sin occurs when a person refuses to believe in Christ. When this happens they have rejected the only opportunity for forgiveness. Acts 4:12 states that salvation is only possible through Jesus Christ. Final rejection of Jesus Christ cannot be forgiven. That is the only sin that will never be forgiven because the individual fails to confess his or her sins. All other sins can be forgiven.

This means that God will forgive the sin of adultery, lying, anger and all other sins, except the unpardonable sin, if the person is sincere and honest from the heart. True confession includes repentance which results in a commitment to not repeat the sin.

Any believer who is habitually sinning and unrepentant will eventually be punished by God. Depending upon the seriousness of the sin and the duration of a habitual sin, God may allow a believer to be punished even thought they confess their sin. Yet, eventually blessing will follow. That is what happened to King David after he confessed his sin of adultery and murder in 2 Samuel 12:1-25. After God forgives a sin, He forgets about it. Do you? Or, are you filled with bitterness and have a spirit of revenge against those who wrong you? Romans 12:17-21 tells us how we should respond to those who have hurt us.

Never pay back evil for evil to anyone. Respect what is right in the sight of all men. If possible, so far as it depends on you, be at peace with all men. Never take your own revenge, beloved, but leave room for the wrath of God, for it is written, “VENGEANCE IS MINE, I WILL REPAY,” says the Lord. BUT IF YOUR ENEMY IS HUNGRY, FEED HIM, AND IF HE IS THIRSTY, GIVE HIM A DRINK; FOR IN SO DOING YOU WILL HEAP BURNING COALS ON HIS HEAD.” Do not be overcome by evil, but overcome evil with good. Romans 12:17-21 (NASB)

What is the unforgivable sin? — Blasphemy of The Spirit
What is the meaning of the word repent or repentance in the Bible?
If I do not repent of sin when will God punish me?
How does one blaspheme against the Holy Spirit and what does it mean?