What is the second death in Revelation? — Lake of Fire

The term “second death” appears only in the book of Revelation. It appears four times: Revelation 2:11; 20:6; 20:14-15; and 21:8. The first part of the third passage and the last passage define the expression “second death” for us as follows,

But for the cowardly and unbelieving and abominable and murderers and immoral persons and sorcerers and idolaters and all liars, their part will be in the lake that burns with fire and brimstone, which is the second death. Revelation 21:8 (NASB) 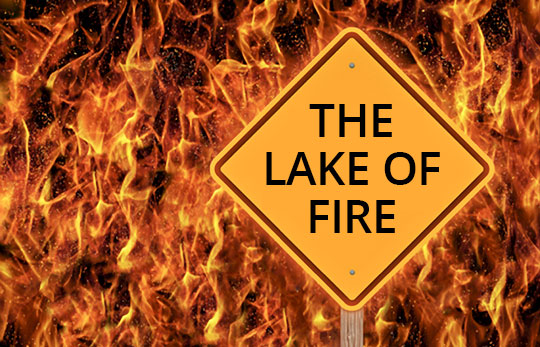 Blessed and holy is the one who has a part in the first resurrection; over these the second death has no power . . . Revelation 20:6 (NASB)

This is wonderful news for everyone who believes in Jesus Christ because those who believe in Jesus Christ are called saints or “holy ones.” “Holy one” is the meaning of the Greek word that is translated as “saints.” In Romans 1:7 we discover that the apostle Paul wrote to the Christians in Rome and called them saints.

. . . to all who are beloved of God in Rome, called as saints: Grace to you and peace from God our Father and the Lord Jesus Christ. Romans 1:7 (NASB)

Paul also called the Christians in Ephesus, Philippians, and in Colossae by the term “saints.”

Paul, an apostle of Christ Jesus by the will of God, to the saints who are at Ephesus and who are faithful in Christ Jesus . . . Ephesians 1:1 (NASB)

Paul and Timothy, bond-servants of Christ Jesus, to all the saints in Christ Jesus who are in Philippi, including the overseers and deacons . . .Philippians 1:1 (NASB)

To the saints and faithful brethren in Christ who are at Colossae: Grace to you and peace from God our Father. Colossians 1:2 (NASB)

The third passage also promises that anyone whose name is written in the book of life will not spend eternity in the lake of fire.

The first death is our physical death. Those who are not holy, that is, those who do not believe in Jesus Christ and who have not accepted Him as their Lord will die, leave this world, and spend the rest of eternity in the lake of fire. The second death is spending eternity in the Lake of Fire.

The book of Hebrews tells us that we die only once and then comes judgment.

And inasmuch as it is appointed for men to die once and after this comes judgment . . . Hebrews 9:27 (NASB)

We will not experience re-birth or re-incarnation. Scripture tells us that we die once, not multiple times, and then comes judgment. We die and then we are judged. Then God sends us either to heaven or to the lake of fire where we will remain forever. This is a very serious message. It reveals how serious God is about holiness. Anyone can become holy. But we cannot become holy by doing things, helping people, giving money, being kind or polite. We can only become holy by believing in Jesus Christ and letting Him take control of our lives. We would encourage you to read Sin and Salvation May God bless you.

Searching For God
Sin and Salvation
Why do bad things happen to God's people?
The King Reigns!
Is Hell a Real Place?
Heaven, Paradise, Sheol, Hell, Hades and Lake of Fire