Is Hell a real place? — What does Jesus say about Hell? 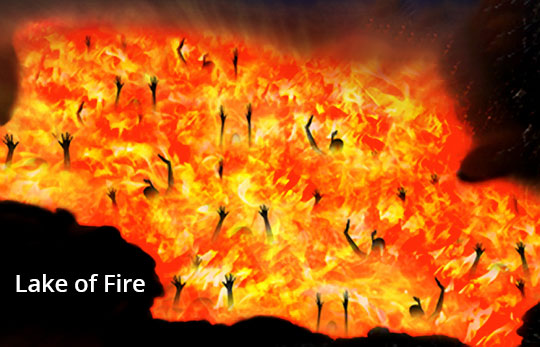 On  Wednesday, March 28, 2018 the “La Repubblica printed an article saying that the pope had expressly denied the existence of hell and the immortality of the human soul in a recent conversation with his longtime friend, Eugenio Scalfari, founder of the newspaper . . . Scalfari, an atheist, reportedly asked the pope about his theories regarding creation and eternal life. . . . In response, Pope Francis is quoted as denying hell, in what the Vatican statement has referred to as a “reconstruction” of the conversation between the two men.”[1]  Reportedly, the Vatican stated that Scalfari did not communicate the Pope’s exact words about hell, but it did not deny that the Pope had in essence stated that hell did not exist. The question this article answers is, “Is Hell a real place?”

This is an amazing statement if true since the Roman Catholic Church has historically believed that there is a real hell.

“The teaching of the Church affirms the existence of hell and its eternity. Immediately after death the souls of those who die in a state of mortal sin descend into hell, where they suffer the punishments of hell, “eternal fire.” The chief punishment of hell is eternal separation from God, in whom alone man can possess the life and happiness for which he was created and for which he longs.”[2]

We shall now examine what the Bible actually teaches.

Jesus Referred to a Literal Hell

Since every word, verse, chapter and book in the Bible was written by both a human author and the God the Holy Spirit (2 Peter 1:21), this means everything that is written in the Bible is true and accurate since God does not lie (Titus 1:3). Therefore, the Bible can be trusted to be accurate in everything it says about hell. It refers to hell a total of 13 times in the New Testament. The gospels or the memoirs of Matthew, Mark and Luke refer to hell 11 times. The first time hell is referred to in the New Testament is Matthew 5:22 when Jesus said,

This verse reveals that Jesus believed in a literal hell and He believed that hell was a fiery place (Matthew 23:33). In fact, since Jesus is our God and since He created hell, He is the authority on hell. Then nine verses later Jesus said that those who go to hell will be thrown bodily into it.

If your right eye makes you  stumble, tear it out and throw it from you; for it is better for you  to lose one of the parts of your body, than for your whole body to be thrown into hell. Matthew 5:29 (NASB)

The next verse states the same truth (Mark 9:47). If we read Matthew 10:28, we discover that both the soul and body end up in hell. If anyone thought that only the body went to hell but somehow the soul escaped hell, Jesus clearly makes the point that the entire person is sent to hell.  In Matthew 25:41 Jesus tells us the devil and his evil angels (demons or evil spirits) will also spend eternity there,

Then He will also say to those on His left, “Depart from Me, accursed ones, into the eternal fire which has been prepared for  the devil and his angels . . .” Matthew 25:41 (NASB)

In Mark 9:43-44 Jesus echoes the fact that hell is not only a fiery place, but it is a place where a people never die and the fire of hell never ceases to burn.

If your hand causes you to stumble, cut it off; it is better for you to enter life crippled, than, having your two hands, to go into  hell, into the unquenchable fire, where their worm does not die, and the fire is not quenched. Mark 9:43-44(NASB)

That is, Jesus has told us hell is an eternal, fiery place where some people will go. Those who go there will never die and will burn forever and forever. In Matthew 25:30 we discover what we already expected – hell is a place of eternal pain and torment.

Throw out the worthless slave into the outer darkness; in that place there will be weeping and gnashing of teeth. Matthew 25:30 (NASB)

Anyone who goes there will cry and grind their teeth since the pain will be so horrible. The Greek word that is translated as hell is brygmos. This Greek word means to shiver, bite or grind the teeth due to extreme pain. Recently, I had major surgery and in the first few days after surgery I started shaking due to extreme pain when the first pain medication started to wear off. Jesus says that those who are assigned to hell will shake or grind their teeth and weep. 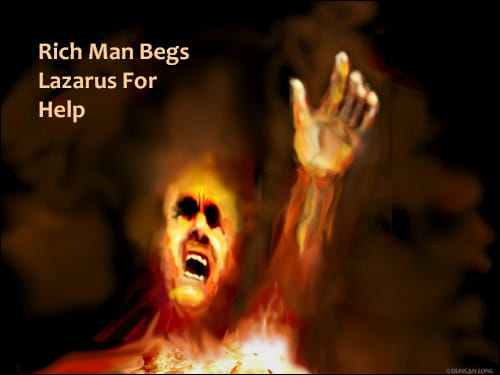 There Are Two Eternal Destinies

Some teach that there is only one eternal destiny called heaven. The initial report is that the Pope believes in only one destiny – heaven. Otherwise, unbelievers cease to exist and will not experience hell. But this is error since Jesus teaches us that there is a place called hell.  Later in Revelation 20:14 we learn that hell is also called the Lake of Fire. In Matthew 25:46 Jesus tells us that  everyone will live forever or eternally in one of two places.

We will experience either eternal punishment or eternal life.

In Luke 16:19-31 Jesus gives us a parable about a rich man and a beggar which reveals that every person will experience one of two destinies. The beggar was called Lazarus. We are never given the name of the rich man. Maybe Jesus did that intentionally so that he would represent each one of us. The rich man lived a good life of ease and comfort (Luke 16:19). The beggar lived on the street and was glad that he could eat crumbs that fell from the rich man’s table onto the floor.

In Hades he lifted up his eyes, being in torment, and  saw Abraham far away and Lazarus in his bosom. And he cried out and said, “Father Abraham, have mercy on me, and send Lazarus so that he may dip the tip of his finger in water and cool off my tongue, for I am in agony in  this flame.” Luke 16:23-24 (NASB)

Notice that when Lazarus died, he went to a real place called Abraham’s bosom or heaven. Jesus considers Abraham’s bosom or heaven to be a real place. He also treats Hades or hell as a real place. He treats them equally as real places. He describes Hades as a place of torment. Hell is an eternal place of torment. In verse 26 we discover that the beggar and rich man are in two different places since there is a great chasm between Abraham’s bosom and Hades and no one can cross over later throughout eternity. That is, after we die we are judged and assigned to either heaven or hell. We cannot change our destiny after death.

What is heaven? First, it is not a place of torment but one of joy. Revelation 21:3-8 describes heaven. We are told that God will live with us. He will wipe  away every tear. We will not die again but live forever in our new eternal bodies. Verse 8 explains that evil will not exist in heaven.

But as for the cowardly, the faithless, the detestable, as for murderers, the sexually immoral, sorcerers, idolaters, and all liars, their portion will be in  the lake that burns with fire and sulfur, which is the second death.” Revelation 21:8 (NASB)

You can read more about heaven in Revelation 21:3-22:5. In short, we do not and cannot understand heaven. Heaven will be “heavenly”!

Where do you want to spend eternity? Which destiny will you choose? A man once told me that he was going to hell. Most people think they are going to heaven since they consider themselves to be a good person and think that our good deeds will determine our future destiny. But Jesus said in Luke 18:19 that only God is good.  That is, we are not good and Romans 3:12 tells us that none of us can do anything that is good enough to earn heaven.

Romans 10:9-10 tells us that you and I can be saved from hell by believing that Jesus died in order to forgive our sins and was resurrected from the dead. The proof that you really believe that is that you will confess or admit that truth with your mouth.

. . . if  you confess with your mouth that Jesus is Lord and  believe in your heart  that God raised him from the dead, you will be saved. For with the heart one believes and is justified, and with the mouth one confesses and is saved. For the Scripture says,  “Everyone who believes in him will not be put to shame.” For there is no distinction between Jew and Greek;  for the same Lord is Lord of all,  bestowing his riches on all who call on him. For  “everyone who calls on the name of the Lord will be saved.”  Romans 10:9-13 (ESV) 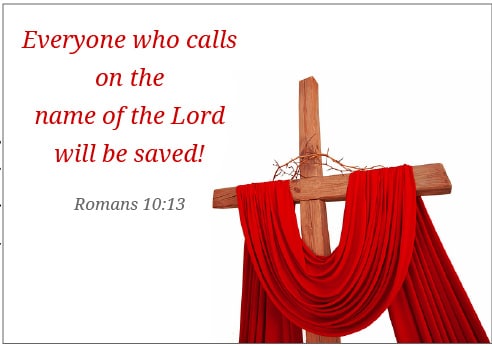 1. Vatican Refuses to Disavow Pope’s Alleged Denial of Hell (breitbart.com/national-security/2018/03/30/vatican-refuses-disavow-popes-denial-hell/)
2. The Catechism of the Catholic Church ,1035.

Are you a Christian?
Searching For God
Heaven, Paradise, Sheol, Hell & Hades

Is Hell a Real Place?