What is the relationship of Moses, Aaron, and Miriam?

It sounds as if Moses was the first born son according to Exodus 2:1-2, but then in Exodus 6:20 it lists Aaron and then Moses as brothers. Aaron is listed first so he would be the oldest. Where was Aaron when Moses was put in the basket by his mother? Did Moses and Aaron have the same parents? The Bible also mentions Miriam as Aaron's sister (Exodus 15:20) but why not Moses as well? Could you explain the family relationship of these three?

This article explores the relationship of Aaron, Moses, and Miriam. You will discover the names of their parents, their primary role in the wilderness journey and how long they lived. 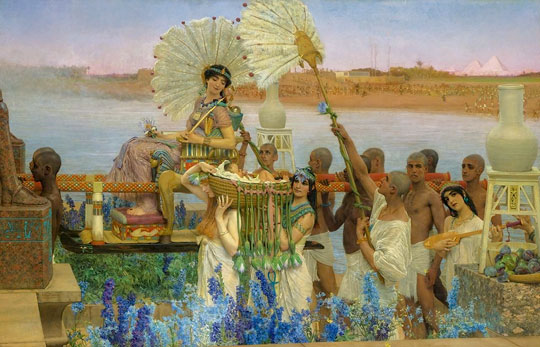 Parents of Aaron, Moses, and Miriam

The sons of Levi were Gershon, Kohath and Merari. The sons of Kohath were Amram, Izhar, Hebron and Uzziel. The children of Amram were Aaron, Moses and Miriam. . . .  1 Chronicles 6:1-3a (NASB)

This means that Aaron, Moses, and Miriam were of priestly descent. Their mother was Jochebed.

And Amram married his father’s sister Jochebed, and she bore him Aaron and Moses; and the length of Amram’s life was one hundred and thirty-seven years. Exodus 6:20 (NASB)

Amram and Jochebed had two boys and one girl.

Birth and Death of Aaron, Moses, and Miriam

Scripture teaches that Miriam was older than Moses since she stood at a distance and kept an eye on Moses as he floated on the Nile River in a basket.

Now a man from the house of Levi went and married a daughter of Levi. And the woman conceived and bore a son; and when she saw that he was beautiful, she hid him for three months. But when she could hide him no longer, she got him a wicker basket and covered it over with tar and pitch. Then she put the child into it and set it among the reeds by the bank of the Nile. His sister stood at a distance to find out what would happen to him. Exodus 2:1-4  (NASB)

This means Miriam was older than Moses.

Numbers 33:39 states that Aaron was 123 years old when died. Then six months later Moses died at the age of 120 years old (Deuteronomy 34:6). We know that Moses died six months later because Numbers 33:38 states that Aaron died on the first day of the fifth month of the fortieth year of Israel’s wanderings and Deuteronomy 1:3 records the events that happened in the final month before Israel entered Canaan. Deuteronomy 1:3 gives us the date of the first day of the eleventh month of the fortieth year. Therefore, Moses died about six months later. This means that Aaron was older than Moses. Additionally, we have already discovered that Exodus 6:20 reveals Aaron was born before Moses. Moses was the youngest sibling. That is, both Aaron and Miriam were older than Moses. Typically, the rightful heirs were listed first among all of the children born to a father and they were listed in the order of their birth (compare Genesis 35:22-26 with 1 Chronicles 2:1-2). However, in Micah 6:4 Moses is listed before Aaron and Miriam.

The scriptural accounts also reveal that Miriam was the oldest of the three since she watched the infant Moses floating on the Nile River and then spoke to the daughter of Pharaoh who trusted Miriam enough to ask her to find a Hebrew women to care for the baby Moses. The daughter of Pharaoh would hardly have trusted a two, three, four or five year old. Most likely Miriam was at least six years of age when she was watching Moses floating on the Nile River. Moses was only 3 months old at the time.

The daughter of Pharaoh came down to bathe at the Nile, with her maidens walking alongside the Nile; and she saw the basket among the reeds and sent her maid, and she brought it to her. When she opened it, she saw the child, and behold, the boy was crying. And she had pity on him and said, “This is one of the Hebrews’ children.” Then his sister said to Pharaoh’s daughter, “Shall I go and call a nurse for you from the Hebrew women that she may nurse the child for you?” Pharaoh’s daughter said to her, “Go ahead.” So the girl went and called the child’s mother. Exodus 2:5-8 (NASB)

Since that time no prophet has risen in Israel like Moses, whom the LORD knew face to face, for all the signs and wonders which the LORD sent him to perform in the land of Egypt against Pharaoh, all his servants, and all his land, and for all the mighty power and for all the great terror which Moses performed in the sight of all Israel. Deuteronomy 34:10-12 (NASB)

Now the man Moses was very humble, more than any man who was on the face of the earth.  Numbers 12:3  (NASB)

In the New Testament Moses was compared to Christ as an example of faithfulness in his ministry to the nation of Israel (Hebrews 3:5).