Is Phanuel an angel? The Book of Enoch refers to the angel Phanuel.

Chapter 71 of the book of Enoch refers to the angel Phanuel. Is Phanuel truly an angel?

The first Book of Enoch, chapter 71, refers to four angels: Michael, and Raphael, and Gabriel, and Phanuel. Michael is called one of the archangels. The text of chapter 71, sections 8-9 reads as follows:

And Michael, and Raphael, and Gabriel, and Phanuel,
And the holy angels who are above the heavens,
Go in and out of that house.

9. And they came forth from that house,
And Michael and Gabriel, Raphael and Phanuel,
And many holy angels without number. 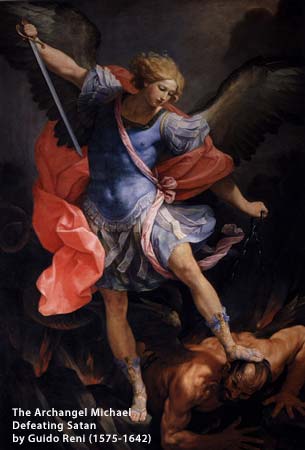 Michael – An Archangel In the Bible

The archangel Michael does appear in the Bible. Michael appears in the Old Testament in Daniel 10:13, 21; 12:1. In Daniel 12:1 he is called the “prince who stands guard over the Israelites.

Now at that time Michael, the great prince who stands guard over the sons of your people, will arise. Daniel 12:1a (NASB)

In the New Testament he appears in Jude 9. Here Michael is called an archangel and Revelation 12:7 reveals that Michael is like a military general with angels following him.

And there was war in heaven,  Michael and his angels waging war with the  dragon. The dragon and  his angels waged war . . . Revelation 12:7 (NASB)

Gabriel – Is An Angel In the Bible

Gabriel appears two times in both the Old and New Testaments: Daniel 8:16; 9:21 and Luke 1:19, 26. Gabriel is never called an archangel in any of these passages or elsewhere in the Bible. However, many call him an archangel.

Raphael and Phanuel – Are They Archangels In the Bible?

One important principle that needs to be followed when we try to understand the Bible, is to not conjecture or speculate that something may be true when we do not know and have no supporting information from the Bible. If the Bible is silent, then we must be silent. Therefore, since the Bible never mentions the names Raphael nor Phanuel we must conclude that there is no evidence that they are angels, much less archangels.

Finally, there are two important points that we need to remember. First,  all of the angels in the Bible are referred to with male names or with a male pronoun. Angels are never referred to by female names  Second, we are not to worship angels and we should not become preoccupied with them.

Let no one keep defrauding you of your prize by  delighting in self-abasement and the worship of the angels . . . Colossians 2:18 (NASB)

For they exchanged the truth of God for a lie, and worshiped and served the creature rather than the Creator, who is blessed  forever. Amen. Romans 1:25 (NASB)

Angels – Good and Evil
Is Satan an angel?
Where did Satan come from?
Are there female angels?