How were the apostles chosen? — Do apostles exist today?

Do apostles exist anymore? Were the apostles only the people who physically saw Jesus?  If that is the case, then no one can be a teacher, a preacher, evangelist or prophet. Also, then Ephesians 4:11 does not apply to our modern day. I do not believe that those who saw Him are the only ones that are anointed to be called in the five-fold ministry. I do not need to see Jesus to know what I am called to do because He speaks to me. He lives inside me. I am equal to the twelve disciples. Moses, Jacob and Isaiah are probably the only ones that have seen God. What about the rest of the prophets? A prophet is part of the five-fold. So does that mean they were not prophets either because they did not actually see Jesus?

There are those who believe that apostles still exist today. Also, some do not know who is an apostle. Therefore, the questions we are interested in are, “How were apostles chosen?” and “Do apostles exist today?” 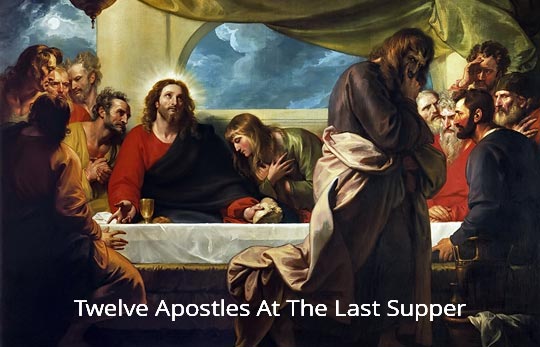 Initial Selection of The Apostles

Jesus met five of His twelve apostles, Andrew, John, Peter, Philip and Nathanael, on the same day according to John 1:35-49. These were the first men to be asked to become apostles. Later these five men were chosen by Christ to be disciples or apostles. The apostle Matthew was chosen later (Matthew 9:9).  The rest of the apostles were chosen by Jesus Christ for a total of twelve (Matthew 10:1-4; Mark 3:16-19; Luke 6:14-16). Notice that these men did not volunteer to serve Jesus as disciples and apostles. He chose them. Each of these had met Jesus and witnessed His miracles and teachings. With the exception of Judas, all of them were witnesses of Christ from His baptism to His ascension (Acts 1:11, 15-22). Judas died before Christ was resurrected and maybe before He died (Matthew 27:3-10; Acts 1:16-19). After Judas committed suicide there were only eleven apostles.

Selection of The Apostle Matthias

Consequently, after Jesus’ ascension (Acts 1:9-11), the remaining eleven apostles decided to replace Judas. In Acts 1:21-26 Peter described how they selected a man to replace Judas as the twelfth apostle.

Therefore it is necessary that of the men who have accompanied us all the time that the Lord Jesus went in and out among us — beginning with the baptism of John until the day that He was taken up from us — one of these must become a witness with us of His resurrection.” So they put forward two men, Joseph called Barsabbas (who was also called Justus), and Matthias. And they prayed and said, “You, Lord, who know the hearts of all men, show which one of these two You have chosen to occupy this ministry and apostleship from which Judas turned aside to go to his own place.” And they drew lots for them, and the lot fell to Matthias; and he was added to the eleven apostles. Acts 1:21-26 (NASB)

Only two men were identified as the potential replacement for Judas. No women were chosen, even though Jesus’ mother Mary was present in the meeting (Acts 1:14). Now notice that the criteria for selecting an apostle is that ) the man must have been a witness of Christ from His baptism to His ascension and 2) it was God’s will that the men be an apostle. Finally, they selected Matthias.

Were There Other Apostles?

In fact, they stand out as men of note not only in Paul’s estimation but in the estimation of all the apostles; hostis, such as they are (the indefinite relative as in v. 4). It is rather extravagant to regard “illustrious en tois apostolois” as meaning, “as apostles among the apostles,” and then to think of a host of apostles and regard as such all who carried the gospel anywhere.[1]

Apostles Do Not Exist Today

In both passages the spiritual gifts of prophet, evangelist and pastor-teacher are listed along with apostles. This means that the spiritual gift of apostle is different from that of prophet, evangelist and pastor-teacher. Both passages help us understand that Paul, Peter and the other ten apostles had a spiritual gift. When Paul wrote these two passages, apostles did exist; but they do not exist today since no one today can be a witness of Christ from His baptism to His ascension.

If apostles existed today, they could write Scripture and their works could potentially be added to the Bible. The Bible would grow year after year. Ephesians 2:20 teaches that the church was established on the apostles and the prophets. But notice that the three words “having been built” are in the aorist tense. The aorist tense refers to completed action. That is, after the twelve apostles, there is no need for apostles because the church’s foundation had already been built.

So then you are no longer strangers and aliens, but you are fellow citizens with the saints, and are of God’s household, having been built on the foundation of the apostles and prophets, Christ Jesus Himself being the corner stone . . . Ephesians 2:19-20 (NASB)

There are no apostles today! They completed their work (Hebrews 2:2-4). The other spiritual gifts of evangelist and pastor-teacher are being used by the Holy Spirit to cause Christians to grow spiritually.