Does your nation’s leadership share the same viewpoint about their country and themselves that King Nebuchadnezzar (605 – 562 B.C.) had about his vast Babylonian empire and himself? King Nebuchadnezzar believed that he was an exceptional person, and many national leaders today believe they are too! Whether they are kings, princes, dictators or elected leaders, they seek the respect and honor of their people. They look at their accomplishments and wealth and congratulate themselves for what they have accomplished. But they miss an important truth. 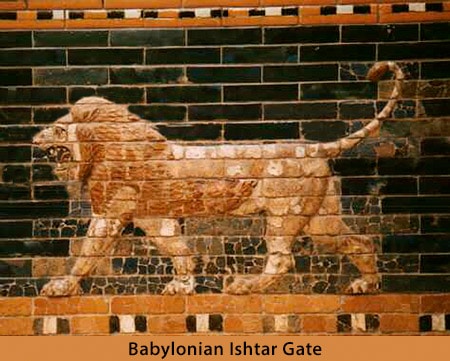 The Babylonian empire reached its height under the rule of the king. His capital city of Babylon was the largest city of the ancient world and contained the Hanging Gardens, which according to the Greeks was one of the seven wonders of the world. The city was also the location of the magnificent temple to the Babylonian god Marduk, Nebuchadnezzar’s palaces, and the great processional. The city was surrounded by a wall whose dimensions were about 90 m (300 ft) high, 24 m (80 ft) wide, and 97 km (60 mi) in circumference.[1] According to the ancient historian Herodotus, a four-horse chariot could turn around atop the wide outer wall.[2] Herodotus also states that Babylon was the most powerful and famous empire of the ages.[3] Therefore, it is not a surprise that King Nebuchadnezzar was proud of his accomplishments and boasted that he had accomplished much. The book of Daniel captures his arrogance in the following verse,

Twelve months later he was walking on the roof of the royal palace of Babylon. The king reflected and said, “Is this not Babylon the great, which I myself have built as a royal residence by the might of my power and for the glory of my majesty?” (NASB) Dan. 4:29-30

Archaeology has discovered an inscription on the Grotefend Cylinder, written in cuneiform from Nebuchadnezzar himself.

Then built I the place, the seat of my royalty, the bond of the race of men, the dwelling of joy and rejoicing . . . [4]

“I built . . .” What a proud statement. King Nebuchadnezzar had not stopped long enough to reflect on the fact that the God of the universe had granted him success and power. He had taken credit for God’s work. He failed to recognize that all governmental authority comes from God. As a result, God made him mentally ill (Dan. 4:28-37). This is supported by Berosus and Megasthenes, fourth century writers, who record that a Babylonian king suffered an unusual illness of madness.[5]

God’s message was simple. The God of the universe is in control. He exalts kings and kingdoms. He is the Ruler of rulers, the King of kings, the Lord of lords and the only God. There is none other but Him.

Greatness of a Nation

In the 1600s people came from Europe and Great Britain to the North American shores in search of religious liberty. The Puritans came with the desire to be a beacon of religious liberty. The Quakers came to Pennsylvania, the Pilgrims into various colonies, and the Catholics to Maryland. The Great Awakening of 1730 inspired many to fight the Revolutionary War to secure their God-given freedoms.[6]

On April 18, 1775, a British soldier ordered John Hancock and others to “disperse in the name of George the Sovereign King of England.” John Adams responded to him:

“We recognize no sovereign but God, and no king but Jesus!”

These are the words of one of our founding fathers. There is other evidence that the founders recognized the God of the Bible and Him alone. Our first president, George Washington, was a strong Christian. Today the religious plaques, prayers, memorials, and inscriptions on the Washington Monument are reminders of our first president’s great spiritual faith. 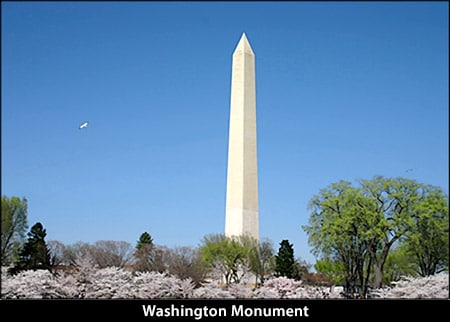 From the base of the Washington Monument to its aluminum capstone, this memorial to our first president is filled with references to our Creator. This is no coincidence, as George Washington was a profoundly religious man.

When Washington took the oath of office on April 30, 1789, he asked that the Bible be opened to Deuteronomy, chapter 28. Washington added, “So help me God” and then bent forward and kissed the Bible before him. He then delivered America’s first inaugural address, in which he made note of America’s indebtedness to our Creator, stating:

No people can be bound to acknowledge and adore the Invisible Hand which conducts the affairs of men more than the people of the United States. Every step by which they have advanced to the character of an independent nation seems to have been distinguished by some token of providential agency.[7]

Deeply penetrated with this sentiment, I, George Washington, President of the United States, do recommend to all religious societies and denominations, and to all persons whomsoever, within the United States to set apart and observe Thursday, the 19th day of February next as a day of public thanksgiving and prayer, and on that day to meet together and render their sincere and hearty thanks to the Great Ruler of Nations for the manifold and signal mercies which distinguish our lot as a nation, particularly for the possession of constitutions of government which unite us . . .[8]

Was George Washington just a politician using references to “God” to get elected? Listen to these words from his personal diary,

The founding fathers understood what King Nebuchadnezzar failed to realize. They acknowledged at the foundation of the United States of America that there is no governmental power unless it is God-given.

Any nation that desires to have the blessing of God must acknowledge that He is the Great Ruler of Nations. Romans 13 reminds us of this truth,

Every person is to be in subjection to the governing authorities. For there is no authority except from God, and those which exist are established by God. Therefore whoever resists authority has opposed the ordinance of God; and they who have opposed will receive condemnation upon themselves. (NASB) Rom. 13:1-2

No government exists, without the authority of God. He allows both evil and good nations to exist. But He blesses righteous nations and kings, rulers, presidents, and monarchs who place Him first in their life. Past blessings from God are not promises of future blessing. The nation of Israel discovered that the hard way when they strayed from God. They failed to listen to God’s promise.

If I shut up the heavens so that there is no rain, or if I command the locust to devour the land, or if I send pestilence among My people, and My people who are called by My name humble themselves and pray and seek My face and turn from their wicked ways, then I will hear from heaven, will forgive their sin and will heal their land. (NASB) 2 Chron. 7:13-14

For His dominion is an everlasting dominion,
And His kingdom endures from generation to generation.
All the inhabitants of the earth are accounted as nothing,
But He does according to His will in the host of heaven
And among the inhabitants of earth;
And no one can ward off His hand
Or say to Him, “What have You done?”

Now I, Nebuchadnezzar, praise, exalt and honor the King of heaven, for all His works are true and His ways just, and He is able to humble those who walk in pride. (NASB) Dan. 4:34-37

The God of the Bible, the God of Abraham, Isaac, and Jacob is the Creator of the universe, the Great Ruler of Nations, the Lord of lords, the King of kings, and the one and only God. To Him be praise!