What Does the Bible Say About Celebrating Halloween? 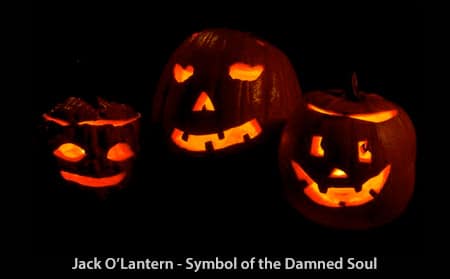 According to the Gallup Poll organization, 65% of Americans celebrate Halloween.[1] Halloween occurs on October 31 in the United States. It has been called the “All Hallows’ Eve” holiday, Hallowmas Eve, or All-Hallowmas. It occurs on the evening before All Saints’ Day, a church holiday. Therefore, Halloween is known as the hallowed or holy eve. The English word “hallowed” means “to make holy.” Some might think that Halloween is a holy, Christian holiday, but that is far from the truth. Today, it is observed largely as a secular celebration.

Most adults, 65%, dress up their children, 64% pass out treats, 43% put out decorations, 36% create jack-o-laterns, 16% attend a Halloween party, 14% wear costumes themselves, and 9% go to haunted houses. The statistics reveal that most Americans view Halloween as an enjoyable and uneventful activity. Yet, in an October 2000 poll, Gallup discovered that 42% of adults believe that some homes are haunted and 38% believe in ghosts. A 2003 Gallup poll discovered that even 54% of individuals with postgraduate degrees still believe in the supernatural.

What is the origin of Halloween? Halloween’s origins date back to the ancient Celtic festival of Samhain, which was held in honor of the Lord of the Dead. The Druids, Celtic priests, believed that Samhain or the Lord of the Dead would return on October 31 and release the spirits of the dead, witches, goblins, and elves to return to their families in order to harm those who had inflicted harm on them in this life. If the family did not appease or “treat” the returning dead with sacrifices from their crops, of their animals – notably black cats – or humans, the dead would “trick” the living with failed crops or sick animals, poor family health, stolen babies, and tragedy. The Druids wore costumes of animal heads and skins, and “predicted” the fortunes of others. Consequently, large bonfires of sacred oak branches would be set on hilltops to scare away the evil spirits and appease the dead.  Some would carry torches and create bonfires to scare away evil spirits and witches. After the Roman Army invaded and subdued the Celts, the soldiers introduced the festival known as Pomona Day to the Druids. The festival of Pomona is in honor of the Roman goddess of fruits and gardens. That celebration involved “bobbing” for apples.

In the 7th century A.D., Pope Boniface IV established All Saints’ Day on May 13 and in A.D. 834, the pope moved “All Saints Day” or “All Hallows Day” from May 13 to November 1 and declared October 31 to be “All Hallows Eve,” or Halloween.[2] While there are differences of viewpoint, it is generally believed that the pope had attempted to replace the Celtic festival of the dead with a church holiday.

By the end of the Middle Ages, the secular and the sacred days had merged. The Reformation essentially put an end to the religious holiday among Protestants, although in Britain especially Halloween continued to be celebrated as a secular holiday. Along with other festivities, the celebration of Halloween was largely forbidden among the early American colonists, although in the 1800s there developed festivals that marked the harvest and incorporated elements of Halloween. When large numbers of immigrants, including the Irish, went to the United States beginning in the mid 19th century, they took their Halloween customs with them, and in the 20th century Halloween became one of the principal U.S. holidays, particularly among children.[3]

Consequently, the Halloween that we celebrate includes all of these influences, Pomona Day’s apples, nuts, pumpkins, black cats, magic, evil spirits, ghosts, skeletons and skulls from All Saint’s Day and All Soul’s Day.

What the Bible Says About Celebrating Halloween

What is the biblical perspective? Is the Halloween celebration harmless fun? Some years ago, a young woman, who was a Satan worshipper and a member of the occult asked me, “Why do Christians celebrate our New Year?” She added that Halloween was the biggest holiday of the year for Satanists. She did not understand why Christians celebrate the occult’s New Year which begins on November 1, just as many celebrate the next New Year on December 31. The Druids’ New Year is November 1. How would you respond to that question?

God has warned us to avoid anything associated with the occult. (Deut. 18:9-14).

When you enter the land which the LORD your God gives you, you shall not learn to imitate the detestable things of those nations. There shall not be found among you anyone who makes his son or his daughter pass through the fire, one who uses divination, one who practices witchcraft, or one who interprets omens, or a sorcerer, or one who casts a spell, or a medium, or a spiritist, or one who calls up the dead. Deuteronomy 18:9-11 (NASB)

Notice that the first part of the passage warns us not to imitate the detestable things of other nations. We are to avoid them. Surely, there are better things to do than to mimic the practices of an ancient false religion.

Our goal in this life is not pleasure and entertainment. Our goal is to glorify God by our words, actions, and thoughts. Listen to the apostle Paul,

We are encouraged to dwell on that which is pure, honorable, excellent, and praiseworthy. Yes, Christians have liberty in Jesus Christ to do as they want in regard to celebrations (2 Corinthians 3:17; Gal. 2:4), but isn’t there something better to do than celebrate Halloween? And shouldn’t we avoid causing others to stumble, especially one caught in the occult (1 Corinthians 8:9)? Our actions can confuse them. Is Halloween “trick or treating” honoring to the Lord? Is the wearing of costumes or masks of witches, ghost, goblins, skeletons and other occult garb honoring to God? Jesus has encouraged us to follow a better practice with these words,

But seek first His kingdom and His righteousness, and all these things will be added to you. Matthew 6:33 (NASB)

How about an alternative to Halloween such as hosting a party for your children with other children and provide activities and food that are fun and distinctly different? Why not invite another family who does not know the Lord to a party at your home and celebrate all that God has done in your life? Also, share with them that Jesus was not greedy for candy and fun. Instead, He loved us and sacrificially died to pay the price for our sins.

Should we still live a life of separation from the world?