Mishnah – a holy book to the Jews. They believe its rules are necessary to make one holy. The book is divided into six parts containing the teaching of notable rabbis. The Mishnah provides rules about many things including women, marriage and divorce. Rules about divorce are found in the third part of the Mishnah. Here is an example, “He who puts his wife away because she has a bad name should not take her back.” (Gittin 4:7). And again, the House of Hillel says a man can divorce his wife, “Even if she spoiled his dish . . .” And Rabbi Aquiba said, “Even if he found someone else prettier than she . . .” (Gittin 9.10). There are rules about the Bill of Divorce, co-wives and the deaf. There are hundreds of rules – rules not found in the Bible. Jesus’ next statement cuts deep,

And it was said, “WHOEVER SENDS HIS WIFE AWAY, LET HIM GIVE HER A CERTIFICATE OF DIVORCE”; but I say to you that everyone who divorces his wife, except for the cause of unchastity, makes her commit adultery; and whoever marries a divorced woman commits adultery.  Matthew 5:31-32 (NASB)

Jesus starts by quoting from Deuteronomy 24:1,

When a man takes a wife and marries her, and it happens that she finds no favor in his eyes because he has found some indecency in her, and he writes her a certificate of divorce and puts it in her hand and sends her out from his house . . . Deuteronomy 24:1 (NASB)

The rabbis said this passage showed that Moses approved of divorce if some “indecency” was found in one’s wife. The Hebrew word gervah, “indecency,” has the idea of nakedness and shameful exposure. But as the years passed, the rabbis taught that a man could divorce his wife if she humiliated him, denied physical relations, wasted their money, embezzled their property, was gone from the home for long periods of time, or was just obnoxious. The rabbis were not in agreement on the rules for divorce, but it appears that in Jesus’ day the teaching of Hillel had the approval of the people. The rabbi Hillel allowed divorce for any reason. 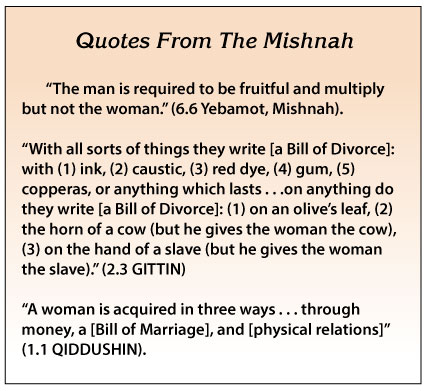 It is amazing that divorce was okay for any reason, but the rules for the Bill of Divorce were exact and demanding. The form of the Bill of Divorce was like any legal document, but it could not be delivered by “deaf-mute, an idiot, or a minor” (2:5, GITTIN). The husband could deny his divorced wife the ability to remarry. The Mishnah has rules even about delivering a Bill of Divorce from overseas, at night and during the day. The list is long. They had violated God’s seventh commandment, “You shall not commit adultery,” for personal pleasure and because their hearts were hard.

The crowd listening to Jesus was large. There were probably many unhappy husbands and wives present. There was probably at least one Jewish husband who had been thinking about divorcing his wife – maybe for some other, more appealing woman. Jesus’ words must have been disappointing if not a shock. If there was such a man present, Jesus may have even looked at him when He said God does not permit divorce except for unchastity. The husband may have been angry. Maybe he went to his religious leader, asked for his opinion, and looked for exceptions.

Many unhappy Christian husbands or wives who are very familiar with these words of Jesus will come for counsel, looking for the spiritual loophole – God’s blessing upon their desire to divorce. Many husbands and wives believe they have a special situation.

But God grants a biblical divorce for only two reasons. The first one assumes both the husband and wife are non-Christians or both are Christians. The second one is about divorce between a Christian and a non-Christian. Jesus gives us the first one. He permits divorce for unchastity. The Greek word is porneia. The word means more than just sexual activity between a man and a woman. The word refers to heterosexual and homosexual activity as well as incest and sex with an animal. It is an ugly word. Jesus is simply saying that God permits divorce if your spouse has violated the physical side of the relationship. If you divorce for any other reason, remarriage causes adultery.

Many couples ignore God’s stop sign. They are so unhappy in their relationships that they go ahead, smash the stop sign, and do what they want anyway. Unfortunately, it is not until later that they realize they have made a mistake and then come to God pleading for forgiveness.

. . . if any brother has a wife who is an unbeliever, and she consents to live with him, let him not send her away. And a woman who has an unbelieving husband, and he consents to live with her, let her not send her husband away . . . Yet if the unbelieving one leaves, let him leave; the brother or the sister is not under bondage in such cases, but God has called us to peace. 1 Corinthians. 7:12-15 (NASB)

One wife claimed that her husband left her emotionally; and therefore, she should be allowed to divorce him. In this situation, the Christian wife does not have the right to leave her spouse. Paul says the believer must remain with the hope that his/her spouse will come to Jesus – this is evangelism by your life (1 Corinthians 7:16).

Biblical Divorce With Right To Remarry

The question before us is, “What is a biblical divorce with the right to remarry? A biblical divorce is a divorce that occurs for one of the two reasons given above. But that does not mean God likes divorce. In Malachi 2:16 he says,

“For I hate divorce,” says the LORD, the God of Israel, “and him who covers his garment with wrong,” says the LORD of hosts. “So take heed to your spirit, that you do not deal treacherously.” Malachi 2:16 (NASB)

Because of your hardness of heart, Moses permitted you to divorce your wives; but from the beginning it has not been this way. Matthew 19:8 (NASB) 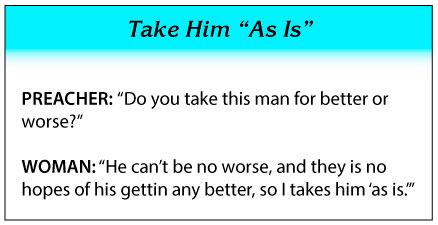 What Makes A Marriage?

Or do you not know that the one who joins himself to a harlot is one body with her? For He says, “THE TWO WILL BECOME ONE FLESH.”  1 Corinthians 6:16 (NASB)

Now a harlot is not your wife, but yet you can be one flesh with her. The reverse is also true for a wife with a male prostitute. So, what makes a marriage? Malachi 2:14 has the answer,

The word “covenant” means “commitment” or “vow.” That is, God designed marriage to be a life long commitment between a man and a woman. That was the message God sent to Adam and Eve,

For this cause a man shall leave his father and his mother, and shall cleave to his wife; and they shall become one flesh. Genesis 2:24 (NASB)

The Hebrew word for “cleave” is dabaq. It has the idea of being super-glued together. This is the stuff that marriage is made of – commitment.

If you are struggling in your relationship with your spouse, start by confessing your sin to God first and then to your spouse. Remember the beatitudes – memorize them! “Blessed are the gentle. “Blessed are those who hunger and thirst for righteousness.” “Blessed are the merciful.” “Blessed are the poor in spirit.” Spend many hours in the Word of God and every day ask God’s Holy Spirit to take control of your life. And do not wait until the marriage is in real trouble to seek a counselor.

Maybe you are already divorced and wondering what God thinks about you. Your heart may be in pain realizing you have sinned. Unfortunately, the consequences cannot be removed, but God will forgive you. 1 John 1:9 says that He is faithful and just to forgive – we just need to confess our sin. And,

As far as the east is from the west, So far has He removed our transgressions from us.” Psalm 103:12 (NASB)

We who are Christians need to love and encourage those who have sinned. Jesus gave us the example in John 8:3-7,

And the scribes and the Pharisees brought a woman caught in adultery, and having set her in the midst, they said to Him, “Teacher, this woman has been caught in adultery, in the very act . . . But when they persisted in asking Him, He straightened up, and said to them, “He who is without sin among you, let him be the first to throw a stone at her”  John 8:3-7 (NASB)

Sermon on the Mount
Does Jesus allow divorce for every person?
Is it a sin to divorce if you profess to be a Christian?
If you are divorced and remarry, are you living in adultery?
What does God say about a person marrying someone who has been divorced?
How can the sin of adultery be forgiven? – Is the sin forever?