After Jesus was rejected at Nazareth, He started on a tour of the cities and villages in the region of Galilee. It had been Jesus’ pattern from the beginning of His ministry to teach, preach, and heal, raise the dead, and cast out demons everywhere He went. His typical pattern had been to enter a synagogue on Sunday, proclaim the good news about the kingdom, and then heal. Sometimes the people responded; on other occasions they objected to His ministry. We do not read about the people singing or giving money prior to His messages. We do not read about Jesus giving a prayer prior to speaking or healing. The gospels and the secular records say nothing, except that He healed and preached. Whatever else Jesus may have done as part of His ministry, it is clear that the Holy Spirit considered it to be of less importance. This is a significant contrast to the typical Christian worship service today. Jesus’ emphasis was on the teaching of scripture and healing. Everything else was secondary. 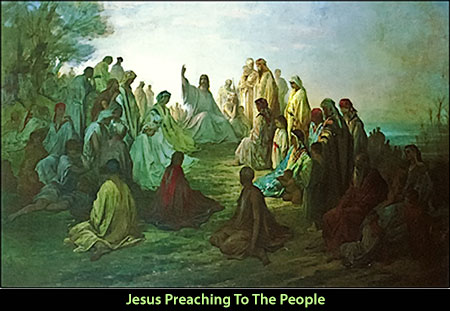 Jesus was going through all the cities and villages, teaching in their synagogues and proclaiming the gospel of the kingdom, and healing every kind of disease and every kind of sickness. Matthew 9:35 (NASB)

As we have already said in addition to preaching, Jesus healed the people of every kind of disease and sickness. The Greek word for “disease” refers to the causes of disease: bacteria, viruses, or hereditary abnormalities. The Greek word for “sickness” refers to the side effects of the diseases, such as fever, fatigue, or sinus problems. Together we understand that when Jesus cared for a person, He took care of the entire person. He healed everything!

Jesus cared for the entire person – the spiritual and physical. The next verse in Matthew reveals that Jesus had a shepherd’s heart for the people.

Seeing the people, He felt compassion for them, because they were distressed and dispirited like sheep without a shepherd. Matthew 9:36 (NASB)

Here we are told that the people were distressed and “dispirited.” The Greek word for “dispirited” has the idea of “put down.” That is the people were discouraged, distressed, disheartened, and disappointed. Yes, the people had religious leaders, such as the Pharisees and Sadducees, but they were not good shepherds. If we look at the Old Testament, we discover that God had rejected many of the Jewish priests and so called prophets who had lived before them. Most of the priests and prophets were either serving themselves or seeking the approval of the people. Here is our first statement from God in Jeremiah,

God declares that the Old Testament priests did not know Him and did not know the scriptures about which they so confidently spoke. Just imagine someone “speaking for the Lord” and being uniformed about the passage they were teaching. Unfortunately, this often occurs today!

Then only three chapters later, God adds this rebuke to the prophets and the priests,

An appalling and horrible thing has happened in the land: the prophets prophesy falsely, and the priests rule on their own authority; and My people love it so! Jeremiah 5:30-31 (NASB)

This is an incredible statement. The so-called prophets were lying to the people and pretending that God had spoken to them. The priests were acting like benevolent dictators or “lording it over the people,” and everyone liked it. What a rebuke! What does it reveal about the people? Both the religious leaders and the people in the congregation were wrong – all of them!

Then eighteen chapters later God adds another to His charges against them,

“For both prophet and priest are polluted; even in My house I have found their wickedness,” declares the LORD. Jeremiah 23:11 (NASB)

Here we discover that the religious leaders were in sin, and they were sinning in God’s house. Today we would say that they sinned in the church.

Later in Malachi, God says that the priests did not teach the truth,

They did not attempt to teach God’s truth. They used the scriptures for their own purposes. They were supposed to warn the people to stop sinning, but they didn’t. They were to teach about the whole character of God and not just a one-sided picture of God. Today some only teach that “God is love” and not much else. The goal as preachers is not to reform society, to rebuke the people for offensive conduct, to attempt to transform the leadership team, nor to exclusively encourage the people. God’s purpose for His priests and shepherds was to call attention to the people’s sin and to teach what God has said in the scriptures. 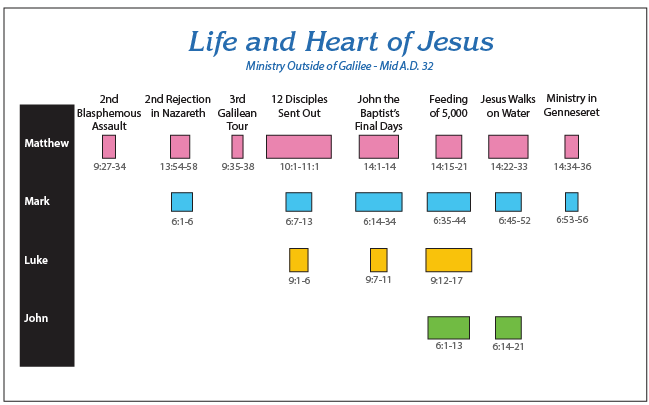 What a picture! These “spiritual leaders” were not godly shepherds nor men who were close to God. They were in the ministry for themselves. So when the Holy Spirit says that the people were like sheep without a shepherd, this was not new. It had been this way for a long time, and the Pharisees and Sadducees were only continuing the practice. But Jesus taught the truth. Jesus was holy. Jesus was a godly shepherd since He was God Himself. Jesus healed the people. He had compassion for the people. Ultimately, because He taught the truth, the religious leaders wanted to murder Him.

Cry Of His Heart

The next two verses give us a another view of Jesus’ heart,

Then He said to His disciples, “The harvest is plentiful, but the workers are few. Therefore beseech the Lord of the harvest to send out workers into His harvest.” Matthew 9:37-38 (NASB)

Jesus encourages us to “beseech” God the Father to send out workers. The actual meaning of the Greek word that is translated as “beseech” may surprise you. It actually has the idea of “pleading, begging, or ‘Please Lord'” And the Greek word translated as “send out” workers has the idea of “force out” or “drive out.” It is the same word that has been used for casting our demons. Taken together, we discover that Jesus encouraged the disciples to plead with God the Father to force workers out into the harvest. I do not know about you, but is it hard to pray this prayer without feeling obligated to go out into the harvest yourself! How does one plead with God to send workers and not feel obligated to go? 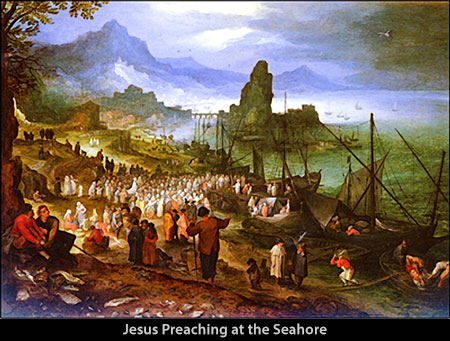 Are you ready to go? Why do you or I need to go? The answer is given to us in the following passage.

So faith comes from hearing, and hearing by the word of Christ. Romans 10:17 (NASB)

Since one must believe and accept Jesus as Lord, Savior and God in order to be forgiven and find peace with God, workers are needed to communicate the truth of the Bible. That is, one must hear and be told the truth before one can believe or have faith.

After a person has spoken the truth, then the Word of God has been unleashed to perform its work. The apostle Paul tells us under the inspiration of the Holy Spirit the words contained in the Bible are the words of God. Once they are spoken, they will perform a work in the mind and heart of the hearer.

For this reason we also constantly thank God that when you received the word of God which you heard from us, you accepted it not as the word of men, but for what it really is, the word of God, which also performs its work in you who believe. 1 Thessalonians 2:13 (NASB)

God the Father through the Holy Spirit causes the growth. We are “planters” and “waterers.” God produces the result. It is our responsibility to share the Word of God.

Here are four key verses that we can give someone. Or, put another way, use these verses to plant and water,

The first two passages tell us that each of us has sinned and deserves spiritual death, We have offended God by our evil behavior. As a result, we stand as sinners before a holy God. The message is difficult, but it is the truth. It is God’s message! He wants all to know. We can tell others lovingly or with indifference. Let’s tell them with love.

The second and third passages reveal that our sins will be forgiven if we believe in Jesus Christ and accept His death on the cross as payment for the penalty required by God for our sins. We must believe that He is God, our Savior and Lord. To the ancient Jews, to believe “in someone” implied that one believed everything about them. Since Jesus was God, the Messiah, our Savior, and our Lord, one who believes in Jesus believes that He was all of these. True faith will willingly submit to Him.

And there is no other God besides Me,
A righteous God and a Savior;
There is none except Me. Isaiah 45:21b (NASB)

This means that there is only one God – Jesus Christ. Are you willing to plant and water?

I would like to thank you for this lesson. I truly enjoyed it. I would greatly appreciate further lessons sent to me, for my heart’s desire is to grow in my relationship with my Lord and Savior, Jesus Christ. About the lesson, I used to be rocky soil. But praise God, I now am good soil.

It was a blessing. Such notes only come on occasion as God chooses. Sometimes, we also receive negative comments. On such occasions we praise God for the opportunity to suffer insults and rebukes for Him. God has asked us to present the good news about Jesus Christ even though some do not believe that it is good news.

God wants us to boldly plant and water. The following is a great example of a bold follower of Jesus. It is a true life story,

Then the doctor had the privilege and opportunity to share the good news about Jesus Christ.

I would encourage you to plead with God the Father to force workers out into the Harvest. Are you willing to be one of those who will plant and water?