Life is filled with laws, regulations, guidelines, opinions, and wisdom. Some of us follow these lists of “must dos” and others ignore them and pay for it later. Few of us have any memories about our life from birth to the time that we were five years of age. Yet, we understood, “No!” Adults who remember their teenage years know that “No!” and the list of “must dos” was often considered to be disagreeable. Yet, as teenagers most of us learned the wisdom of submission in most situations. A speaker used to conduct a seminar called, “Rules for Raising Children.” After some years he became a father and changed the tile of the seminar to “Suggestions for Raising Children.” When his children became teenagers, he discontinued the seminars. Rules typically evolve from wisdom. The words, “Do not put your hand in the fire” are spoken from wisdom. Yet, there are some people who enjoy adopting rules without a concern for others. The Jewish religious leaders of Jesus’ day adopted religious rules that God did not require. They probably started doing this with the goal of protecting the people from violating any of God’s laws. In this study, we will discover that later they had become more concerned about their list of rules than the spiritual life of the people. But the major question for us is, how did Jesus react? 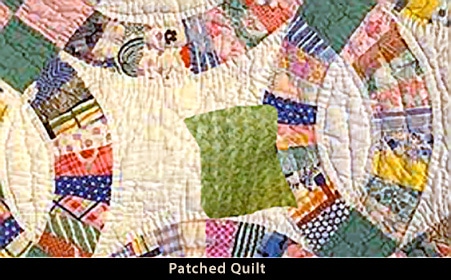 We have been observing tensions growing between Jesus and the Jewish religious leaders, the Pharisees and the Sadducees, during our recent studies. The first clue came in John 3:25 and 4:1 where we discovered that they were concerned over Jesus’ growing popularity. In Luke 5:20-21 the Pharisees had challenged Jesus about the fact that He forgave the sins of a paralyzed man. They could not accept the idea that Jesus was God and as a result had the authority to forgive sins.

In our last study, Jesus had called a tax collector to follow Him. His name was Levi or Matthew. Matthew was a Jew who worked as a tax collector for the Roman government. As a result, he was hated and despised by other Jews. Yet, Jesus chose him and commanded him to follow and Matthew did. Matthew’s response was to give a party in honor of Jesus and invite his own friends. We discovered in that study that Jesus’ disciples had come to the party along with tax collectors and sinners.

And they said to Him, “The disciples of John often fast and offer prayers, the disciples of the Pharisees also do the same, but Yours eat and drink.”  Luke 5:33 (NASB) 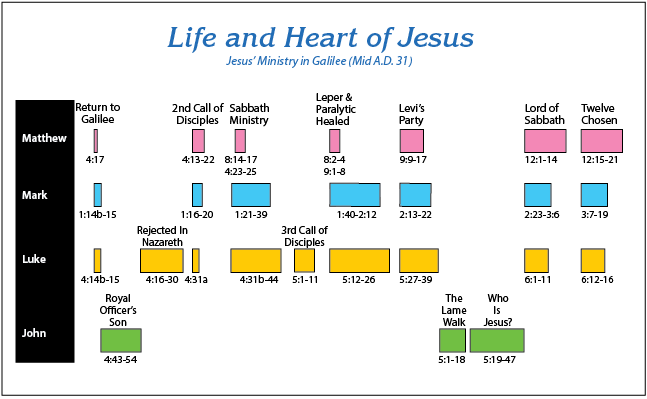 The issue was fasting. They wanted to know why Jesus and His disciples were not fasting.

But it is not surprising that the Pharisees asked this question. The Mosaic Law taught that they were supposed to fast on the day of Yom Kippur, the Day of Atonement (Leviticus 16:29-34). But the Pharisees had added to God’s command and required that every Jew fast on Monday and Thursday of each week.

Thursday was selected for a fast because they believed that Moses had climbed Mount Sinai on a Thursday. Monday was selected because they believed that Moses had come down the mountain on that day. Therefore according to the rabbis, every Jew was expected to fast two times each week (Luke 18:12). So it appears that Matthew’s party occurred on either a Monday or a Thursday. If this is true, then Jesus and His disciples were feasting on a day when, according to the Pharisees, they should have been fasting. If so, they were in direct violation of the Pharisees’ rules.

The rabbis had decreed that no one could eat anything larger than a date on the Day of Atonement. Also, they were to avoid such things as eating, drinking, bathing, anointing oneself, wearing sandals, and having sexual relations on fast days (Mishna Yoma 8.1).

We will discuss fasting in more detail when we come to the Sermon on the Mount, but for now we will simply say that the Jewish fast involved the avoidance of many things and not just food. They had added many days of fasting and a long list of prohibitions not required by God. When the Pharisees fasted, they also put on a gloomy face and looked shabby. That is why Jesus said this to a crowd of people during the Sermon on the Mount,

And whenever you fast, do not put on a gloomy face as the hypocrites do, for they neglect their appearance in order to be seen fasting by men. Truly I say to you, they have their reward in full. Matthew 6:16 (NASB)

Do you ever wish that you could go back in time and experience an event in history? This is one of those occasions for me. In my mind I can imagine Jesus and His disciples feasting while the Pharisees are fasting with long gloomy faces, uncombed hair, and shabby clothes. The Pharisees must have been peeking inside Matthew’s house or watching the party from outside. They were unhappy guys. So they asked, “Why are you feasting?

Jesus’ reply to them was great. 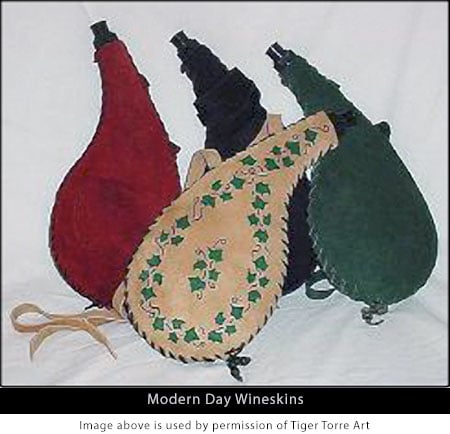 So Jesus implied that He was like the bridegroom and His disciples were like the groomsmen at a wedding. Therefore, how could they be unhappy while He was there? The party was not over because He was still there.

Jesus had replied to their criticism with a great answer. We can be confident that the Pharisees did not like His response. With this last reply, Jesus and the Pharisees had disagreed on several major issues. Jesus was breaking all of their rules. The emotions were increasing at the time that Jesus said the following,

And He was also telling them a parable: “No one tears a piece of cloth from a new garment and puts it on an old garment; otherwise he will both tear the new, and the piece from the new will not match the old.”  Luke 5:36 (NASB)

His first parable is about a patched garment. The Greek word that Jesus uses for “new garment” refers to an unmilledpiece of cloth which had not been shrunk. So if the patch had been sewed onto a garment and then repeatedly washed, the garment would eventually tear. The patch would only cause more trouble for the old garment.

Jesus’ second parable was about a wineskin.

And no one puts new wine into old wineskins; otherwise the new wine will burst the skins and it will be spilled out, and the skins will be ruined. But new wine must be put into fresh wineskins.  Luke 5:37-38 (NASB)

In Jesus’ day, wine was fermented in animal skins – wineskins. The fermentation process caused the skins to stretch and expand. If the old, dry wineskins were used again with new wine, they would expand again and eventually burst or split open. That is, the skin could not be used again.

We are told that the rabbis had put “a hedge about the law” in order to protect every Jew from violating the law. That is, they had added rules and regulations in order to prevent God’s law from actually being violated. That sounds like they had good motives in the beginning, and maybe they did. But in the end their old garment had holes and their old wineskin had no future. Jesus’ parables about the garment and wineskin allow us to understand something about Him.

When Jesus entered the world on that first Christmas day, the religious practices of Judaism needed to be replaced. The Pharisees and Sadducees had distorted and corrupted God’s law. They had imposed rules upon the people that God did not require. They ignored God’s heart and pursued their own desires.

When the religious leaders saw Jesus repeatedly ignoring their “standards of righteousness,” they eventually became angry with Him. Their different views of faith and practice did not mix. The Pharisees wanted Jesus to change His views. It was okay for Jesus to teach, heal, and do some wonderful things just as long as He obeyed their rules and complied with their teaching.

It is not unusual to find some in the church and many outside the church who do not care about God’s view – what He spoke to us in the Bible. Some years ago, a chairman in a large church announced that certain teachings of the New Testament did not apply today. He made this statement because he did not like a teaching of the Apostle Paul. Everyone else disagreed with him, but he did not care. In short, he ignored the Word of God in order to accommodate his own viewpoint. He changed the meaning of scripture because he disagreed with it.

A young pastor once strongly argued with a group of church leaders about a doctrinal view and eventually persuaded them to change their view and agree with him. Several years later it was discovered that the young man did not really believe what he had argued for. It is common for men and women to use the Bible to win arguments and yet not believe what they are proclaiming.

There are many who use the Bible to support their philosophical, political, or ethical viewpoints. If we believe that the Bible is the Word of God – the words that God has communicated to us, then the goal should be to discover what God has said and not what we want it to say.

The Pharisees and some today are not interested in what God has said. They are more interested in making the Bible say what they want it to say than in what God said. But when Jesus came, He came speaking the truth because Jesus was the Light of men.

He came correcting their false teachings. He came to set us free from sin, to teach us about Himself, to help us identify false religion and false religious practices, and to give us eternal life. Jesus did all of this. God came to give us the truth and not a distorted view.

When we come to the Bible, we need to search it carefully. We need to look carefully, investigating the meaning of the words in the original language in which it was written in order to discover what God has said. When we come to the Bible we should not be seeking support for some philosophical, political, ethical, or religious viewpoint. Otherwise, we are just like the Pharisees. Jesus is the way, the truth, and the life.

We will discover the way, truth, and the life in the studies to come. Our views about the Word of God do not count unless they agree with what the God of the Bible has said. May the Lord bless us as we seek to know His truth.