In a Greek class at a well-known seminary, the professor asked the students to study the story about the Good Samaritan in Luke 10:25-37. They were supposed to translate the passage from the Greek into English and then write a report about their observations. Near the end of the assignment three students decided to test the hearts of their fellow colleagues. So one of the three students dressed as a homeless man and help was obtained to make him appear as if he had some realistic looking wounds and blood. He lay down on the ground along a dormitory path and waited to see if anyone would stop to help. To their surprise, none of the seminary students stopped or offered help. After telling this story Chuck Swindoll added, “What do you want to bet their academic work was flawless . . . insightful . . . and handed in on time?” (Chuck Swindoll, Tales of the Tardy Oxcart. Word Publishing. 1998. p. 105). The actions of the seminary students revealed that their biblical knowledge did not result in compassionate hearts. Seminary is primarily designed to give one knowledge. How a man or woman responds to God as a result of biblical studies determines what happens in his or her heart. 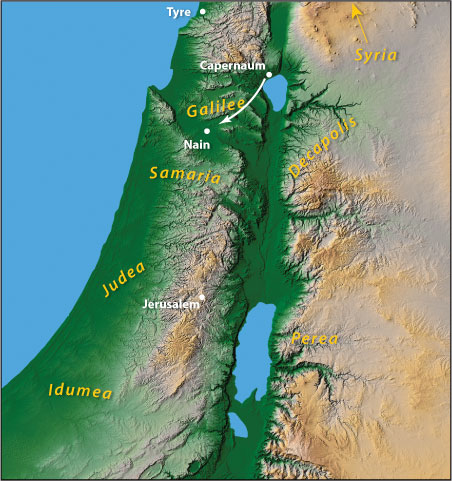 This illustration of the seminary students prepares us for our next study in the life of Jesus Christ, which is found in Luke 7:11-17. The passage reveals that Jesus has recently left Capernaum where He has healed a centurion’s slave. He has traveled about 25 miles southeast to the small city of Nain, which was located on the north slope of the Hill of Moreh. Today the city is alive, but in the 1800s only a few brick walls and tombs outside the city boundary remained. It was desolate.

When Jesus arrived in the city, He was not alone. His twelve disciples and a large crowd were following.

Soon afterwards He went to a city called Nain; and His disciples were going along with Him, accompanied by a large crowd.Luke 7:11 (NASB)

As Jesus approached Nain, He saw a Jewish funeral.

Now as He approached the gate of the city, a dead man was being carried out, the only son of his mother, and she was a widow; and a sizeable crowd from the city was with her. Luke 7:12 (NASB)

In ancient times it was common for a city to be surrounded by a high wall (Josh. 2:15). The wall was designed to provide protection against wild animals, criminals, and foreign armies (Jeremiah 39:2). The city gate was also a place of business in Jewish cities. Jewish cemeteries were outside the city wall in order to avoid pollution by dead corpses (Joshua 8:29; Matthew 27:52-53). Therefore, it is not surprising that the dead man was being carried through the gate of the city.

In Galilee the mother would walk in front of the funeral procession with the other family members behind her. Then the dead body followed in a cedar coffin, if possible, which was carried on a bier. After the dead person, relatives, friends, and mourners followed. The Mishnah prohibited the bier from being put down on the ground (Mishnah. (Moed Qatan 3.8). It was customary for the mourners to accompany the body to the grave. Jews did not cremate their dead, believing that cremation was a heathen practice.

We are told that a large crowd followed behind the dead man. He must have been loved by many. Two large crowds came together, one following Jesus and the one that was part of the funeral procession. When Jesus saw the woman in front of the funeral procession with no one behind her and before the coffin, Jesus instantly realized that the woman was a widow and responded with compassion.

The woman did not have a husband nor a son. There was no male to support her. Jesus did not respond like the seminary students. He responded with compassion. The Greek word for “compassion” implies strong emotion – “Do not weep.” 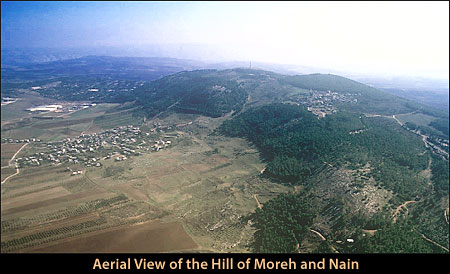 Then Jesus did something that violated Jewish law. He touched the coffin. That was an act of religious defilement (Numbers 19:11,16). Jesus ignored their rules.

The bearers would not have dropped the coffin and bier to the ground since that would have been forbidden, but they did stop walking. Jesus interrupted the processional and commanded the dead man to sit up.

This is the first recorded resurrection that He performed during His ministry. He will raise others as we will see later in Luke 8:49-56; Luke 7:22; and John 11:20-44. There are those who claim that they can perform the same miracles that Jesus did. If so, can they raise the dead again and again?

This miracle also demonstrates that faith is not required for a person to be healed. Dead men do not need to have faith! No comments are made about his mother’s faith. Faith was not required of the dead man or his mother. If the mother had been asked, she most likely would have expressed doubt that her son could be returned to life.

Jesus acted alone and immediately. The dead man returned to life and sat up.

The dead man sat up and began to speak. And Jesus gave him back to his mother. Luke 7:15 (NASB)

The dead man did not need to wait for his resurrection. No one had to pray, believe that his/her prayer had been answered, and then wait for the answer. Jesus’ miracle was immediate and obvious to everyone. 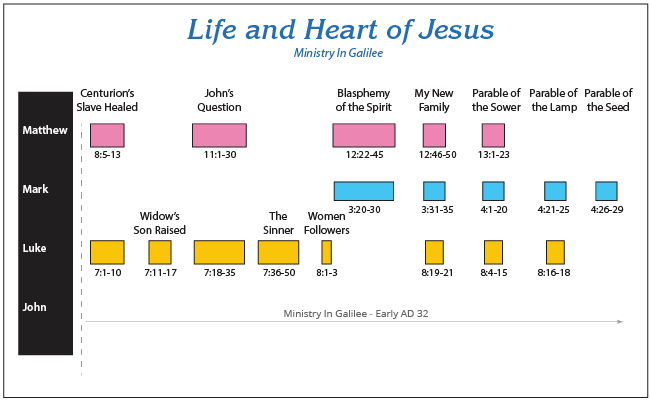 How did the crowd respond? The answer is given to us in the two verses,

Fear gripped them all, and they began glorifying God, saying, “A great prophet has arisen among us!” and, “God has visited His people!” This report concerning Him went out all over Judea and in all the surrounding district. Luke 7:16-17 (NASB)

The crowd’s initial response was fear. But they quickly realized that God was at work and remembered the prophecy in Deuteronomy about the coming great prophet.

. . . I will raise up a prophet from among their countrymen like you, and I will put My words in his mouth, and he shall speak to them all that I command him. It shall come about that whoever will not listen to My words which he shall speak in My name, I Myself will require it of him. Deuteronomy 18:18-19 (NASB)

The Jews were looking for the coming of the “great prophet.” He was their expected Messiah. So the news about Him spread quickly all over Israel and probably faster than any gossip before this event. It occurred because Jesus first had compassion for this poor widow whose son had died and then performed a miracle of grace.

We will close with the following true story,

The phone rang in a very wealthy, high society Boston home. On the other end of the line was a son who had just returned from Vietnam and was calling from California. His folks were non-Christians and lived life accordingly. The boy said to his mother, “I just called to tell you that I wanted to bring a buddy home with me.” His mother said, “Sure, bring him along for a few days.” But, mother, there is something you need to know about this boy. One leg is gone, one arm’s gone, one eye’s gone, and his face is quite disfigured. Is it all right if I bring him home?”

His mother said, “Bring him home for a few days.” The son said, “You didn’t understand me, mother. I want to bring him home to live with us.” The mother began to make excuses about being embarrassed, what would people think . . . and the phone clicked dead.

A few hours later the police called from California to Boston. The mother answered the phone. The police sergeant at the other end said, “We just found a boy with one arm, one leg, one eye, and a mangled face, who has just killed himself with a shot in the head. The identification on the body says that he is your son.” (Dale E. Galloway. Rebuild your Life)

How would you have responded – like the seminary students, the soldier’s mother in the story, or like Jesus?