Gregg had a wonderful spiritual experience two years ago. It was a deeply emotional and meaningful time with God. It occurred during a weekend church retreat. In the mornings he along with everyone else would spend time reading the Bible and after breakfast would spend time worshipping and hearing God’s Word taught. The afternoon was spent playing games, having lunch, and being with friends. After the evening meal, they would gather for worship and hear a challenging message. During the last evening session, God touched his heart and seemed so real. During the week that followed, Gregg sensed the feeling was disappearing. He started asking God for that sense of closeness to Him, but it had drifted away.

God purposely went after the king. The king was not looking for Him! Daniel first introduced the king to God as the One who gave him the dream. He then proceeded to reveal the dream and explain the meaning of it. Nebuchadnezzar was so impressed that he worshipped Daniel. 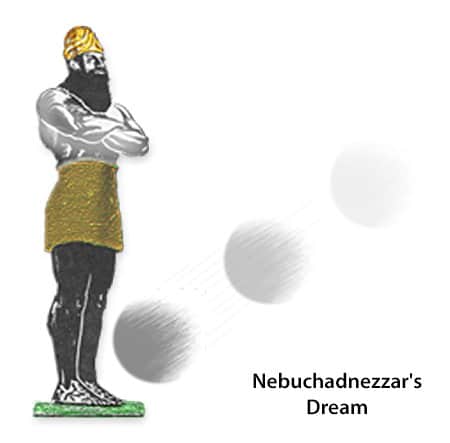 Then King Nebuchadnezzar fell on his face and did homage to Daniel, and gave orders to present to him an offering and fragrant incense. Daniel 2:46 (NASB)

Just picture in your mind a king leaving his throne, falling on his knees and worshipping this servant – a young man who was a foreigner. Why did he do this? The answer is that the king had a great experience with God. He was so emotional that he bowed down and worshipped the servant rather the Sender – God.

It Did Not Last

When we come to Daniel 3, fourteen years appear to have elapsed, if the notations on some ancient Septuagint copies are correct. We discover that Nebuchadnezzar’s emotional experience with God did not bring him a relationship with God. But it did change his life!

How would you have reacted if God had visited you and said that you were the king of kings (Daniel 2:37)? Not only did God say this, but he added that all the future nations were inferior to Nebuchadnezzar’s kingdom. Over the next fourteen years the king conquered more territory, obtained greater wealth and expanded his influence in the world. If I had been the king, I would have thought that this was what Daniel’s God was talking about. How would you have reacted?

When we come to chapter three, it is clear that Nebuchadnezzar’s thoughts are on himself. He is seeking his own needs. His emotional experience did not bring him to God. If the dream had any meaning, it did not result in his seeking God. In fact, it appears that he missed the point, thinking he was something special to God. That happens with Christians, too. God does something wonderful through us; we see what God has done, and then we think we are better than others. We forget what we really are – tools!

The king did not set-up a statue to Daniel’s God. We believe that he set-up an image of himself or of a god connected with his reign. He will insist that the people worship it.

Nebuchadnezzar the king made an image of gold, the height of which was sixty cubits and its width six cubits; he set it up on the plain of Dura in the province of Babylon. Daniel 3:1 (NASB)

The king gave an order for the image to be built and set-up in the plain of Dura. It appears the plain of Dura is southwest of Babylon. Today there are some ancient ruins along the Dura River where it empties into the Euphrates River. At this location there is an ancient mound of brick 13.7 meters by 13.7 meters and 6 meters high (45 feet by 45 feet and 20 feet high).

Some critics have said the statue is too high at 27.4 meters (90 feet) and would have fallen over. But they ignore the fact that one of the seven wonders of the ancient world was even taller – the Colossus of Rhodes – standing at 32 meters (105 feet). It is not amazing that those who reject God will accept the Colossus of Rhodes and reject the statements of Daniel. 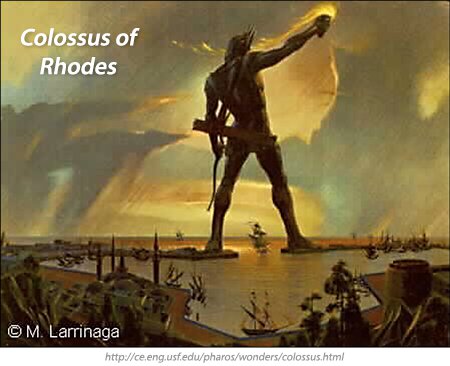 Historically, critics also have rejected the idea that enough gold existed in Babylon to make a gold image that large. But it has now been pointed out that ancient writers such as Herodotus and Diodorus have stated that gold statues were common and have even referred to ones as tall as 18.3 m (60 ft) existing in Babylon (Herodotus 1.183; Diodorus 2.9). Many other references to other gold ornaments and artifacts have been found. A very interesting comment is made by Pliny, who states that an all gold image was looted from Babylon by Antony (Hist. nat. 33.24). Was this Nebuchadnezzar’s gold image? Those who reject God find fault with the book of Daniel.

The people saw the brick foundation for the image being made, and then the image being erected. They would have seen the slave labor and also paid the taxes to finance it. This was not a silly activity. The king was serious and motivated. Once the task was finished, the king commanded everyone to come and worship.

He told the leaders of the empire to come. Come and worship! To refuse would mean their death.

Recently, we had a mother and her son over to our home for dinner. During dinner we asked her about her childhood, where she went to church and then how many children she had. The mother explained that she had several children and that her son was the third one born to her. At that point her son spoke up and said, “I want to be first!” There was a pause and then the mother said, “Oh, we are going through a phase.” Nebuchadnezzar was not going through a phase – he believed he was first! It must break the heart of God when we think we are better than others after God has used us.

We started this study with an illustration of Gregg (a fictitious name) and his emotional experience with God. As time passed he lost the sense of his spiritual experience. Why did this happen? May I suggest one reason? He was seeking an experience – the wonderful emotion he experienced during the retreat – and not God! I believe that Nebuchadnezzar missed the point and focused on the dream and not on God. He focused on the experience. 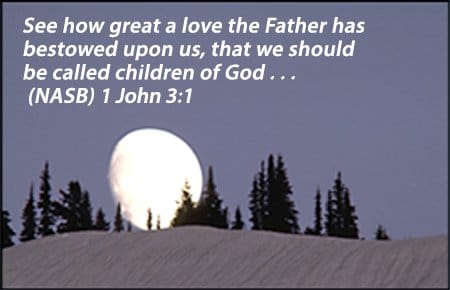 We can come to hear the teacher or the pastor give us an emotional charge and leave believing that we have met with God. We can chase an emotional experience and not God. Many enjoy serving in the church and yet find little or no time to be with God. Do you find reading the Bible, praying, or confessing your sins to be boring? May I ask, “Is God boring to you?” If so, we are chasing an emotional experience and not God Himself. If this is true, we are like the king. We are chasing after our own desire, our own need for significance, and our own emotional needs. We have sinned.

A farmer was walking with his friend in busy New York city. Suddenly, he said, “I hear a cricket – an insect.” “Oh, you are crazy,” his friend replied. The farmer insisted and then walking over to a planter he looked beneath a shrub and found the cricket. His friend was surprised. The farmer replied, “No, my ears are not different from yours. It simply depends on what you are listening for.” At that point the farmer reached into his pocket and pulled out a handful of coins and dropped them onto the concrete. Almost every head on the corner turned. “You see what I mean?” said the farmer, “It all depends on what you are listening for?”

It all depends on what is important to you! What are you listening for? What are you looking for – an emotional experience or a love relationship with God? Jesus loves us and that is what He wants!