The Light of Men

We have all made bad decisions at some point in our lives. Why were the decisions bad? Usually bad decisions occur because the information that we had was wrong or incomplete. The difference between bad and good information is like the difference between darkness and light. During the time that the Apostle John wrote the gospel of John under the guidance of the Holy Spirit, most of the Greeks, Romans, Egyptians, and others were in the dark. They worshiped Jupiter, Isis, Zeus, Baal, and other gods. They served and worshiped gods that were not gods at all. The were really in the dark – spiritual darkness. What they had been taught all of their lives, what they had believed, and what they hoped for was wrong and empty. They were in darkness, and so were the Jews.

The Light of Men

In the opening verses of the gospel of John, the apostle declared that the Word or Logos was the eternal God who made the world. There was no other god who created anything. The Logos was the only one who created anything. The Logos existed before the beginning began. But the most amazing statement that John made was that the Logos had life in Himself. That is, He existed on His own and by Himself. He was self-existing.

When we come to the last part of verses 4-5, we discover that the Logos is also the Light of men.

In Him was life, and the life was the Light of men. The Light shines in the darkness, and the darkness did not comprehend it.  John 1:4-5 (NASB)

This Light shines in the darkness. The Greek word translated as “darkness” has the idea of a total and utter darkness. That means this darkness was the darkest dark. Darkness cannot get any darker than this darkness. Our English text also misses the meaning of the phrase “comprehend.” The Greek word translated as “comprehend” really has the idea of “overtake, eclipse, overpower, or pounce on.” So if we put it all together, the Holy Spirit is saying that spiritual darkness is not able to suppress, extinguish, eclipse, or illuminate the Light. That is, the darkness rejected the Light and tried to put out the Light. It attempted to suppress the Light, but it was not successful. It could not turn-off the Light. 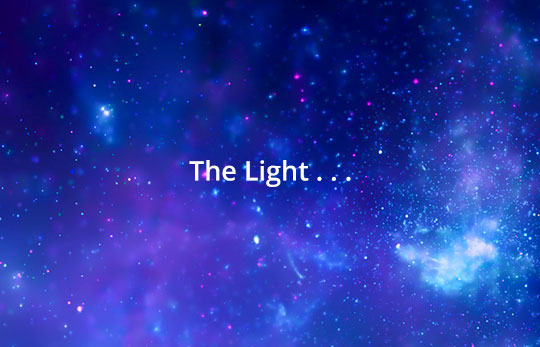 We will discover later in our study series of the life of Christ that the Light is Jesus Christ, and the darkness is anything that opposes the Light. We know from history and the Bible that the first attempt to suppress the Light occurred when King Herod ordered every child under the age of two years to be murdered (Matt. 2:16-18). History records that Herod even had his own son killed. Caesar Augustus had this to say about Herod’s slaughter, “It was better to be Herod’s dog, than Herod’s son” (Ussher, James. The Annals of the World. Master Books. p. 781). Herod was afraid of the Light. Other attempts against the Light came from the Jewish leaders who tried to discredit Jesus through questions and innuendo. When they were unsuccessful they plotted to kill Jesus. Satan attempted to stop the Light when he tempted Jesus in the wilderness and when he motivated men to crucify Him. Today the darkness is still attempting to put out the light. Nothing has changed. 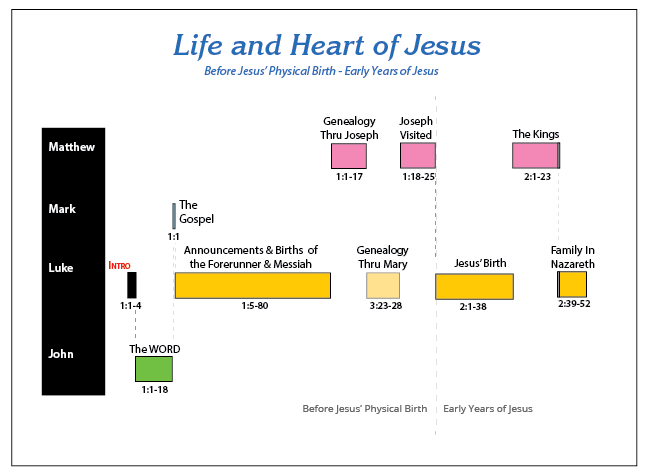 There Came A Man

Then the Holy Spirit introduces us to a man called John the Baptist.

There came a man sent from God, whose name was John. John 1:6 (NASB)

Why did the Holy Spirit introduce us to John? What was his importance? Was he mentioned here because people had already heard about him, his baptism, and rumors that he was a prophet? Did people wonder if John was the Light? Did some wonder if John was the coming Messiah? The answer is yes because he is introduced here simply as a man – “There came a man . . . ” Nothing was said about the Light.

John the Baptist came only to announce the coming of the Light. He came to prepare and lead others to the Light. He was God’s man because God had sent him. This man was not the Light.

John enlightened some people during his ministry, but only the true Light can give understanding to every man and woman.

There was the true Light which, coming into the world, enlightens every man.  John 1:9 (NASB)

But the most incredible fact is that the Light came into the world. This Light did not just visit planet earth; he lived on the earth! He was the One who made it.

The Logos – the reason, the eternal bond of the universe – had come to earth. John was not the true Light, because only the Light can help everyone understand spiritual truth. Your pastor, Bible teacher, or spiritual friend cannot give you spiritual understanding. Only the true Light gives complete understanding to every man. The prophet Isaiah predicted this when he said,

The people who walk in darkness
Will see a great light;
Those who live in a dark land,
The light will shine on them. Isaiah 9:2 (NASB)

Matthew 4:15-16 agrees that Jesus is the great Light. Martin Luther says, “There is only one light that lighteth all men, and no man comes into the world who can possibly be illuminated by any other light.” Jesus was the great illuminator, and yet the Jewish leaders rejected Him because they were in darkness.

He was in the world, and the world was made through Him, and the world did not know Him. He came to His own, and those who were His own did not receive Him. John 1:10-11 (NASB)

But as many as received Him, to them He gave the right to become children of God, even to those who believe in His name . . . John 1:12 (NASB)

The Greek word for believe means more than just believing some facts about the Light. It has the sense of “persuasion, conviction, commitment, confidence, which is expressed in human relationships as fidelity, assurance, oath, proof, and guarantee.” We must start with facts, but this “believing” means that a man or woman is convinced and confident about the facts. Believing is knowing that things are true. The Greek word for believe is a present participle which means that we must be “believing.” This believing never stops. It is not a one time belief and then everything changes.

If we put these words together, we discover that the Holy Spirit is saying that those who choose the Light – Jesus – will have the privilege and the authority to become children of God if their patterns of life are ones of believing in the Light. No one can take it away if you are believing in His name.

How does one become a child of God? Is there only one way? In the religions of Rome and Greece, there were many gods. Today it is common for people to say that there are many ways to God. But that is not true. But just in case someone thinks that one can become a child of God by different ways, John says this,

What an incredible opening! The Logos is self-existing. It is a concept that we do not understand. It is the mark of God. The Logos is the true and great Light. He is truth and can enlighten every man. The Logos is Life which came to us in human form and is a person who has a name. The Logos was rejected by many and accepted by a few. He is life, light, and the Word of God. This God, we will soon discover in John 1:14-18, is Jesus Christ.

The Logos is the only God that exists, and no one can become a child of God except on His terms and conditions. Is it not amazing that the Logos decided to come to this earth? It was His choice. Why did He, as the Light, decide to come to us who were in darkness? The answer is simple. He wanted to. He loves us!

So what is our response? We should make the “Light choice” and believe in the Logos – Jesus Christ. C. H. Spurgeon wrote this,

I have stood by a great many death-beds; but there is one scene I never saw; and never expect to see, that is a child of God repenting that ever loved Jesus Christ.

So – what is your choice? If you’d like to read more, visit the page Searching for God.