Why is it that our clergy persist in calling Abraham and Jesus Jews?

Why does our clergy persist in calling Abraham and Jesus Jews, when in fact Abraham lived at least 1800 years before Christ? Since there were no Pharisees or Sadducees in the Old Testament Judaism did not exist. Why do most of the clergy constantly refer to Jesus as a “Jew” when in fact the Bible is a Christian book and not a Jewish book?

The answer to your questions has two parts. The first part asks if Abraham the first Jew and the second part asks did the Jewish religion start with Abraham? 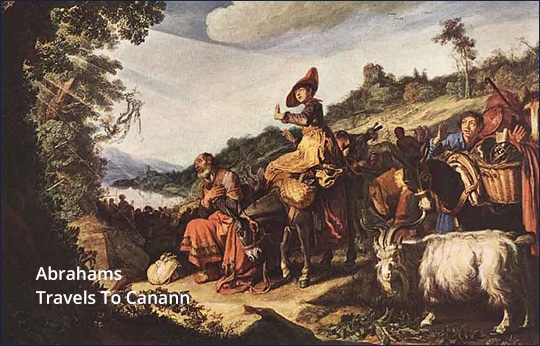 Was Abraham The Father Of The Jews?

Abraham had two sons and they were named Isaac and Ishmael.

The sons of Abraham were Isaac and Ishmael. (NASB) 1 Chronicles 1:28

The Jews trace their genetic heritage from Abraham to Isaac and from Isaac to Jacob. Acts 7 records a speech that was given by the first Christian martyr and in verse 8 he traces the lineage of the Jews from Abraham to the twelve patriarchs.

This reveals that the Jews considered Abraham to be their father (Luke 1:73), but Jacob’s sons were the actual fathers of the Jewish people. Genesis 32:28 explicitly states that Jacob is called Israel. He was the father of the twelve patriarchs who are called: Asher, Benjamin, Dan, Gad, Issachar, Joseph, Judah, Levi, Naphtali, Reuben, Simeon, and Zebulun (Exodus 1:2-5). These men are the ancient fathers of the twelve Jewish tribes.

Was Abraham The Founder Of Judaism?

The Jews believe that only the Hebrew Scriptures (Tanakh) or Old Testament is sacred scripture while Christianity accepts both the Old and New Testaments. Jesus was a Jew by birth and taught the religious leaders that they did not understand what the Old Testament said about the Messiah. They did not realize that Jesus was their Messiah. Some of the religious leaders did believe Jesus, but more did not.

Nevertheless many even of the rulers believed in Him, but because of the Pharisees they were not confessing Him, for fear that they would be put out of the synagogue . . . (NASB) John 12:42

The New Testament is about the Messiah – the Christ.

Jesus not only was born into this world to die for our sins so that He can forgive us, He came to correct the errors of the Jewish religious leaders. Jesus was both God and man. He was a Jew in outward appearance and God inwardly. Jesus was more interested in truth than in nationality or religious ideology. He was God! So Jesus condemned the religious leaders because they taught the people error.

Jesus, the Christ, came to fulfill the Old Testament Law and prophets. He spoke the truth because He is truth. Jesus came to this earth to save all men and women, both Jews and Gentiles, from the penalty of their sins . Jesus was a Jew by God’s divine plan.

Was Noah Jewish?
What is the difference between a Catholic and a Jew?
Who is a Jew according to the Bible?