Isaiah 63:1-6 is a prophetic announcement to Israel about their future. At the end of most of the Old Testament prophecy books, there is an encouraging message for the nation of Israel about the future. All of the prophecy books contain warnings of future judgment to the northern kingdom of Israel or to the southern kingdom of Judah. The northern kingdom was eventually invaded, defeated and deported by the Assyrian Empire. The southern kingdom was invaded, defeated and deported by the Babylonian Empire. Both kingdoms were punished for persistent and unrepentant sin. Typically at the end of most prophetic books, God encourages the entire nation of Israel with an announcement of the future restoration and the glorification of Israel in a worldwide kingdom in which Messiah rules as king. The following explains the time period in which the events described in Isaiah 63:1-6 will occur and the meaning of the passage. 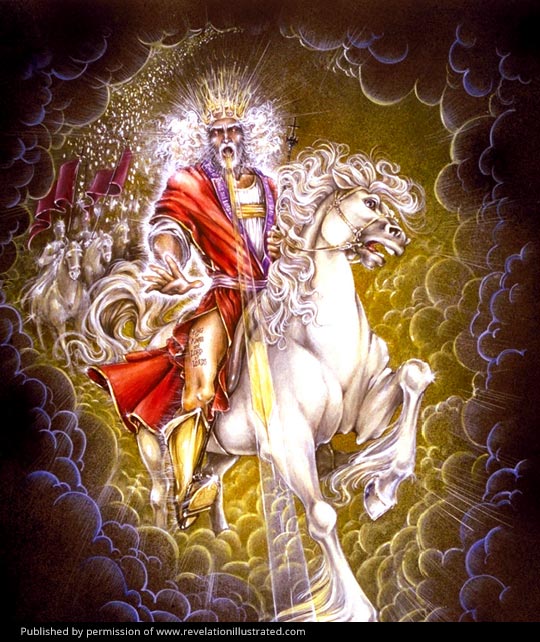 Behold, the LORD has proclaimed to the end of the earth,
Say to the daughter of Zion, “Lo, your salvation comes;
Behold His reward is with Him, and His recompense before Him.”
And they will call them, “The holy people,
The redeemed of the LORD”;
And you will be called, “Sought out, a city not forsaken.”
Isaiah 62:11-12 (NASB)

In verse 11, God announces that Israel’s salvation has come. This salvation is not a spiritual one but a political one. That means God will defeat the nations of the world that oppress Israel. Then in verse 12 it is announced that Israel has not been forgotten. Later the prophet Zechariah will also prophesy that the Lord God has not forgotten Israel and will one day return to her.  Zechariah 1:12, 16-17.

Description of How Israel’s Salvation Has Come!

Isaiah 63:1-6 provides some details as to how God will rescue or save Israel. Verse 1  is a question that is addressed to the Messiah or to Christ. In the question we are told that Christ will return to Edom after defeating that nation. Bozrah (modern day Buseirah) was the capital city of Edom. Edom opposed the Israelites when they tried to enter the Promised Land and while they were in the Promised Land. They represent every nation opposed to Israel. God announces that He will destroy them. The question reveals that the One is Jehovah God. Jehovah God answers the question by saying that He is righteous and mighty to save.

Who is this who comes from Edom,
With garments of glowing colors from Bozrah,
This One who is majestic in His apparel,
Marching in the greatness of His strength?

Verse 2 is another question.

Why is Your apparel red,
And Your garments like the one who treads in the wine press?
Isaiah 63:2 (NASB)

“I have trodden the wine trough alone,
And from the peoples there was no man with Me.
I also trod them in My anger
And trampled them in My wrath;
And their lifeblood is sprinkled on My garments,
And I stained all My raiment.
For the day of vengeance was in My heart,
And My year of redemption has come.
I looked, and there was no one to help,
And I was astonished and there was no one to uphold;
So My own arm brought salvation to Me,
And My wrath upheld Me.
I trod down the peoples in My anger
And made them drunk in My wrath,
And I poured out their lifeblood on the earth.”
Isaiah 63:3-6 (NASB)

These verses reveal that the Messiah will utterly defeat Edom at His second coming when He defeats the nations of the world at Armageddon (Zechariah 12:1-12; 14:1-7; Revelation 16:16).  God’s wrath is described as a wine press in this passage (Revelation 14:19-20). Zechariah 14:1-3 tells us that Christ will protect the city of Jerusalem, the future capital of the world.