What is the meaning of the word bound in 1 Corinthians 7:15?

What is the meaning of bound in 1 Corinthians 7:15?

Yet if the unbelieving one leaves, let him leave; the brother or the sister is not under bondage in such cases, but God has called us to peace. 1 Corinthians 7:15 (NASB) 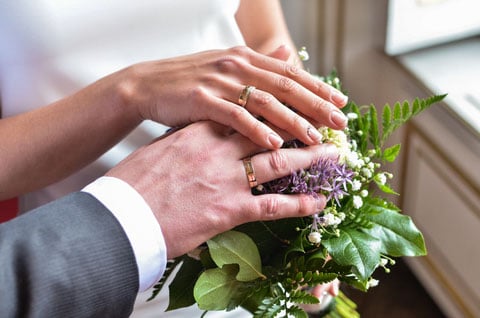 The word “bound” in 1 Corinthians 7:15 is a faithful translation of the Greek word. Many other Bible translations use the same word. However, the Greek word that is translated as “bound” is douloo. This Greek word means “to enslave” or “has been enslaved.”[1] Danker and Bauer define the word as “to make someone a slave” and “to make one subservient to one’s interests.”[2]  The word literally refers to making someone a slave.

Meaning of The Verse

Since husbands and wives are not slaves of each other in the normal sense of the word, Bible translations have adopted “bound.” However, since the preceding verses are discussing marriage and divorce, the message is that if an unbeliever divorces a believer, the believer is commanded to not fight the divorce but let him or her go. Then the apostle states that the believer is not enslaved to the unbeliever. He does not mean that they treated one another as slaves, but that the marital relationship no longer exists. It is as if enslavement had ceased.

The literal meaning of the phrase is not bound alludes to enslavement: “a brother or sister is not enslaved.” The unbeliever is the one who breaks the marriage bond, which God had meant to be for life. Now the believer is no longer bound to that union, for his or her unbelieving spouse “has made a breach with God rather than with his or her partner.”[3]

If the unbelieving one leaves, let him leave.If the unbeliever begins divorce proceedings, the Christian partner is not to contest. Again, the word leave (chorizo) refers to divorce.

In God’s sight the bond between a husband and wife is dissolved only by death (Rom. 7:2), adultery (Matt. 19:9), and an unbeliever’s leaving. When the bond, or bondage, is broken in any of those ways, a Christian is free to remarry. Throughout Scripture, whenever legitimate divorce occurs, remarriage is assumed. Where divorce is permitted, remarriage is permitted. It is clearly forbidden in the case in verse 11, but here and in other texts dealing with divorce because of adultery it is not.[4]

It is clear from the conclusion of verse 15 that “leaves” does not refer to desertion as some claim. The Greek word for “leaves” is chorizo which means “to separate,” “divide,” and “part.” This helps us understand that the word refers to divorce. If it refers to desertion, then there is a logic problem. The last phrase, “but God has called us to peace,” reveals that the believer is to pursue peace and not contest the “leaving.” If “leaves” refers to desertion, then why command the believer to pursue peace? If the unbeliever has deserted, there will not be any conflict. How can there be conflict when desertion has occurred? Therefore, the passage is teaching that once divorce has occurred, the believer is not subject to the unbeliever.

The context of any passage must be considered in order to understand the nuance of the Greek words used.