What is the meaning of “know the Father” in 1 John 2:12-14? It says the children know the Father. Is this the same intimate knowledge of the father that is described at the beginning of the verse or is it describing something else?

The apostle John under the inspiration of the Holy Spirit wrote 1 John 2:12-14 which reads as follows:

This passage is about spiritual growth in the Christian life. It speaks of little children, young men, and fathers. Little children are immature spiritually, while fathers are the most mature.

There are two descriptions of the children, the young men, and of the fathers. Is this important? In order to answer this question lets make a chart of the different descriptions.

First, we find that little children are said to have their sins forgiven. This is how any Christian starts. We become Christians when our sins are forgiven. When this happens, we are not only little children in a spiritual sense; we also know who is our father. One of the marks of a new Christian is that they want milk.

They are happy with spiritual milk and not with meat.

Second, the Holy spirit uses two different words for “little children” in the 1 John 2:12-14 passage. The first word is TEKNON, and the second one is PAIDION. The first word has the idea of a very young child, while the second one is about a baby. Now if we put it all together, here is the sense of the passage. There are two things that are true about an immature Christian. His/her sins are forgiven. Even though they are young in the Lord, he/she knows God the Father, too, just like a baby knows its father. Even a baby knows his/her father but not as he/she will later in life.

Young men are described several ways. They overcome the evil one. I believe this refers to increasing victory over Satan. A spiritual young man also is strong in many of the virtues of the Christian faith and the Word of God. Increasing knowledge of the Word of God is a strong mark of spiritual growth. The book of Hebrews 5:12-14 is a strong reminder that this is true.

For though by this time you ought to be teachers, you have need again for someone to teach you the elementary principles of the oracles of God, and you have come to need milk and not solid food. For everyone who partakes only of milk is not accustomed to the word of righteousness, for he is a babe. But solid food is for the mature, who because of practice have their senses trained to discern good and evil. (NASB) Heb. 5:12-14 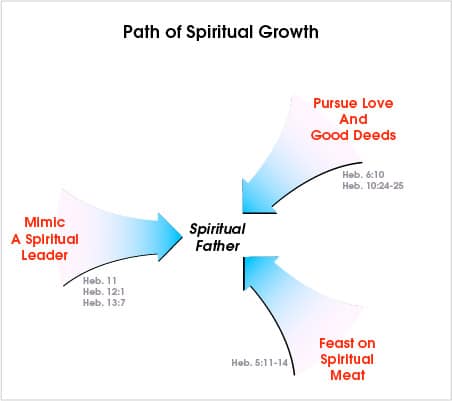