What is the Apostles’ Creed of the third or fourth century A.D.?

What is the Apostles' Creed of the third or fourth century A.D.?

And for this reason, the tradition continues, the Creed is not written on paper or parchment, but is retained in the hearts of the faithful, that it may be certain that no one has learned it by reading, as is sometimes the case with unbelievers, but by tradition from the Apostles.[1]

The creed is primarily a doctrinal statement about the virgin birth, pre-cross suffering, crucifixion, burial, resurrection and ascension of Christ. 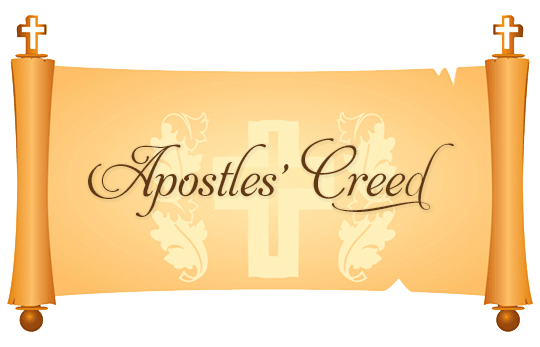 Here is the Apostles’ Creed of the third or fourth century.

I believe in God, the Father almighty, creator of heaven and earth.
I believe in Jesus Christ, his only Son, our Lord.
He was conceived by the power of the Holy Spirit and born of the virgin Mary.
He suffered under Pontius Pilate,
was crucified, died, and was buried.
He descended to the dead.
On the third day he rose again.
He ascended into heaven,
and is seated at the right hand of the Father.
He will come again to judge the living and the dead.
I believe in the Holy Spirit, the holy catholic Church, the communion of saints, the forgiveness of sins, the resurrection of the body, and the life everlasting. Amen

The first three sentences and the last sentence of the creed are a statement of belief in God the Father, God the Son and the Holy Spirit. Then the creed affirms that Jesus Christ, God the Son, was born in human flesh and suffered in a variety of ways at the direction of Pontius Pilate. Historical records, written by Pontius Pilate, once existed that affirmed the gospel records of Jesus Christ’s miracles, sufferings and crucifixion.

The middle of the creed reveals that the early Christians believed Jesus died as a result of crucifixion. The next sentence seems to refer to 1 Peter 3:18-20 where we are told the Jesus visited the demonic forces in the abyss. The next line indicates that He was resurrected three days later which means He arose on Sunday (Matthew 28:1). Later He ascended to heaven and now sits in a position of authority with the Father.

The conclusion of the creed is a warning that Christ will be our judge in the future. He will judge those who had died and those who are still alive when He comes. The creed concludes with a flurry of statements. The reference to the “holy catholic church” does not mean the Roman Catholic Church. The word “catholic” means “universal.” That is, “holy catholic church” refers to all Christians around the world and from the past. The final statements teach that our sins can be forgiven through Christ resulting in resurrection and eternal life. It is a positive statement of faith about Christ and eternal life through Him.

The Apostles’ Creed is the oldest summary of the essential doctrines of Scripture that we have. It was not written by the apostles but certainly embodied the doctrines that they taught. It was in use in Rome before 340. The creed was used as a baptismal formula from very early times . . . This creed, which is definitely Trinitarian, gives attention to the person and work of each of the three persons of the Trinity.[3]