What is a woman’s role in a marriage?

Recently, I had a discussion with a friend about the role of man and woman in a marriage. What is a woman's role in a marriage? Can a husband discipline her? Is it appropriate for her to speak up and stand up for herself?

God designed marriage to be between two people who were physically born into this world as a male and a female. God intended marriage to be loving, caring, sexual, respectful, and between equals. This last point is sometimes missed.

The answer to your question starts with Adam and Eve in the Garden of Eden. God had warned Adam and Eve not to eat of the Tree of Good and Evil.

And the LORD God commanded the man, saying, “From any tree of the garden you may eat freely; but from the tree of the knowledge of good and evil you shall not eat, for in the day that you eat from it you shall surely die.” (NASB) Gen. 2:16-17

That sounds like a simple command, but Eve wanted to taste it. Satan saw an opportunity and encouraged Eve to eat anyway (Gen. 3:1-6).

The New Testament says that Eve did not really understand what she was doing.

And it was not Adam who was deceived, but the woman being quite deceived, fell into transgression. (NASB) 1 Tim. 2:14

But Adam knew what he was doing.

How did God respond? God visited them in the cool of the day and confronted them about what they had done. They had disobeyed God. They had sinned. Therefore, God punished Satan and disciplined Eve and Adam. The discipline that Eve received is significant. Here we find a discipline that has resulted in a problem today for every husband and wife.

To the woman He said, “I will greatly multiply Your pain in childbirth, in pain you shall bring forth children; yet your desire shall be for your husband . . .” (NASB) Gen. 3:16

When we read the word “desire,” few of us are concerned. The word sounds good. But the Hebrew word for “desire” has the idea of “desire to control.” This Hebrew word also occurs in the next chapter in Genesis 4:7.

If you do well, will not your countenance be lifted up? And if you do not do well, sin is crouching at the door; and its desire is for you, but you must master it. (NASB) Gen. 4:7

God is speaking to Cain who later kills his brother Abel. The same word translated “desire” in Gen. 3:16 is the word “desire” in this verse. The word does not have a pleasant meaning here. It has the idea of a war for control. It is an issue of mastering someone or something. What was the result of Eve’s sin? She and her descendants now want to control their husbands.

The Result – Adam’s Lack of Love

Not only will Eve now try to gain control of her husband and change him, he will no longer love her as he did before their sin.

The Hebrew word for “rule” has the idea of unloving leadership or dictator. She wants to gain control over him and he will not love her as he should. After the fall husbands and wives were at war with each other. 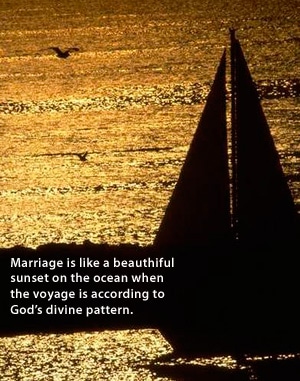 That is the reason the Apostle Paul encourages husbands and wives to do the following:

The Greek word for “subject to” is HUPOTASSO. In recent years the meaning of this word has been abused by those who want to teach “mutual submission.” Due to the pressure of the culture and a misunderstanding of the balance that God teaches about the role of husbands and wives in marriage, many have searched for a more “satisfying meaning.” They have changed the meaning of scripture to satisfy their wishes.

The Greek word has the idea of “subordination, or submit to.” Jesus used this word to say that the demons were HUPOTASSO to Him and his disciples (Luke 10:17, 20). He used the same word in 1 Peter 2:18 of slaves being submissive to their masters. The word means submit and not seek control. The Holy Spirit then illustrates His point. Wives are to submit to their husbands just as the church is to submit to our Lord Jesus Christ. Colossians 3:18, Titus 2:5, 1 Peter 3:1, 5-6 all have the same meaning or message. Now that is very easy to understand.

In 1 Peter 3:5-6, the Apostle Peter uses Sarah, Abraham’s wife, as an example of godly conduct. He says that Sarah submitted to Abraham, even calling him Lord. I heard someone say years ago that the word Lord did not mean what we think it means. They were wrong. The Greek word is KURIOS. It is the same word for Lord that we use when we say, “Jesus is Lord.”

Some object to this concept of a wife’s submission to her husband and believe that someone is using the Bible to support his or her own idea. But they forget that even Jesus Christ submitted Himself to God the Father. Jesus told us that He obeyed His Father and the Holy Spirit has said that He was obedient.

And being found in appearance as a man, He humbled Himself by becoming obedient to the point of death, even death on a cross. (NASB) Philippians 2:8

Some men see this as permission to be king in the home and to make their wives slaves. Some men believe that they can beat their wives and discipline them. But that is wrong too!

The Apostle is quick to tell husbands that they must love their wives just as Jesus loves the church and even died for it. Do you see the connection between Genesis 3:16 and this passage? In Genesis 3:16 God warned Eve that she would want to control her husband and here she is encouraged to submit to her husband. In Genesis 3:16, God warned Adam that he would be unloving and here in Ephesians the Holy Spirit encourages husbands to love their wives – just the opposite. This message is repeated again in Ephesians 5:28, 33 and Colossians 3:19. Husbands are to love their wives. Yes, they have the final responsibility in the home, but they are not to be autocrats or dictators.

Some husbands have abused their wives saying the wife is to submit. Wives have been disciplined, beaten, whipped, tortured, and abused in many different ways. I knew a husband who spent any extra money he earned on himself and ignored the needs of his wife as well as his children. Husbands who act like this do not understand God’s warning in Genesis 3:16. They have also ignored another warning from God. 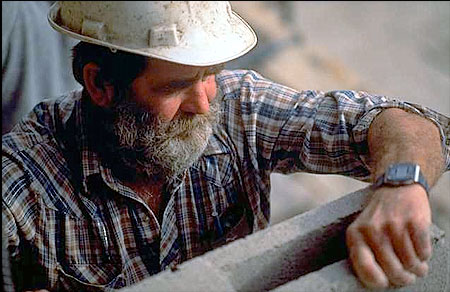 One of the most serious passages in the New Testament about husbands and wives is found in 1 Peter 3:7.

You husbands likewise, live with your wives in an understanding way, as with a weaker vessel, since she is a woman; and grant her honor as a fellow heir of the grace of life, so that your prayers may not be hindered. (NASB) 1 Peter 3:7

In this passage, God warns husbands to understand and honor their wives. This is harder for husbands. Husbands tend to be more interested in accomplishing tasks. They are not always as interested in people and intimate conversation. Some men tend to see women as weaker and do not respect their wives. But God says a godly husband will live with his wife in an understanding way. He will honor her as a fellow heir of grace. The idea of fellow heir implies that she is an equal. God loves her just as much as He does the husband. She is going to the same heaven. The Holy Spirit is living inside her too! She has been given spiritual gifts and God values her. God values her so much that He gives husbands the following warning.

God warns husbands that their prayers may not be answered if they do not honor their wives. Yes, God has given the male the responsibility to lead his wife; but if he abuses that responsibility, God will ignore his prayers. God has never said that to wives. God is sending husbands a message. 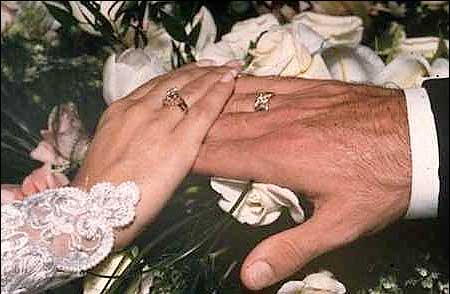 Husbands, love your wives. Respect them, honor them, love them just as you love yourselves. Wives are to submit. This does not mean that they are slaves. Husbands and wives should freely make decisions together and it should be the rare occasion when a husband makes a unilateral decision. It should be rare. This gives a wife the opportunity to express her opinion and to be heard. She can trust the Holy Spirit to change her husband’s mind if that is needed, thus eliminating a tendency to nag or “browbeat” him to agree with her. The wife is to be honored as an equal, and wives are to yield. A godly husband and godly wife will have a godly marriage and they will be examples of God’s love. Here are the next two verses after 1 Peter 3:7.

To sum up, let all be harmonious, sympathetic, brotherly, kindhearted, and humble in spirit; not returning evil for evil, or insult for insult, but giving a blessing instead; for you were called for the very purpose that you might inherit a blessing. (NASB) 1 Peter 3:8-9