What does redemption mean in the Bible? – Redemption In Salvation

What does redemption mean in the Bible? - Redemption In Salvation

In Scripture the word redeem has the basic meaning “to buy back.” For example, someone who has sold a valuable item to a pawn shop can reclaim the item later by paying money. Another example is a frequent flyer on an airline. This person can redeem his or her frequent flyer points by simply asking for them and then using those points to book an airline flight. Both examples help us understand the basic meaning of the word redeem. But the concept of redemption has a unique meaning in the Bible. What follows is an explanation of redemption in salvation. 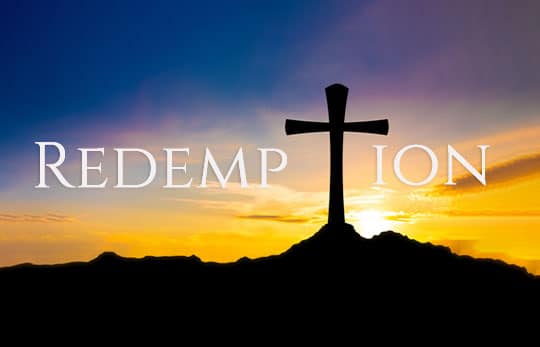 Redemption Is Through Christ’s Death

Ephesians 1:7 teaches us that a Christian has been redeemed by Christ through His blood, that is, His death. This is an important biblical truth that is not always understood. The message is that every Christian has been bought back by the blood of Christ. His blood was used to purchase our forgiveness.

In Him we have redemption through His blood, the forgiveness of our trespasses, according to the riches of His grace . . . Ephesians 1:7 (NASB)

Since redemption requires a payment, 1 Peter 1:18-19 refers to Christ’s blood as being precious and valuable like gold and silver.

. . . knowing that you were not redeemed with perishable things like silver or gold from your futile way of life inherited from your forefathers, but with precious blood, as of a lamb unblemished and spotless, the blood of Christ. 1 Peter 1:18-19 (NASB)

His precious and valuable blood was used to buy us back–to redeem us. But from what have we been redeemed? Since redemption requires a payment to someone in order to buy something back, from what or from whom was Christ’s blood required as payment? The answer is that we have been redeemed from the curse of the Law and sin.

Redemption From The Curse of the Law

We were redeemed from the curse of the Law by Christ when He became the Savior of the world. That is the message of Galatians 3:9-13.

Now that no one is justified by the Law before God is evident; for, “ THE RIGHTEOUS MAN SHALL LIVE BY FAITH.” However, the Law is not of faith; on the contrary, “HE WHO PRACTICES THEM SHALL LIVE BY THEM.” Christ redeemed us from the curse of the Law, having become a curse for us — for it is written, “ CURSED IS EVERYONE WHO HANGS ON A TREE.”  Galatians 3:9-13 (NASB)

Galatians 4:4-5 adds that in the fullness of time or at the right time (Romans 5:6), Christ was born into the world of a woman in order that He could redeem and adopt us.

But when the fullness of the time came, God sent forth His Son, born of a woman, born under the Law, so that He might redeem those who were under the Law, that we might receive the adoption as sons. Galatians 4:4-5 (NASB)

We have learned that before Christ’s death on the cross, every human being was obligated to obey the Law. If someone tried to earn eternal life by their good works, they would fail. That is the curse of the Law (Matthew 5:48; James 2:10). But when Christ died on the cross, the Law became obsolete and it was replaced by the new Covenant Hebrews 8:7-13). The Law only condemned us. Now a person is declared righteous by faith and only by faith alone in Christ.

Christ’s death also redeemed us from sin. Before Christ died to redeem us from sin, sin owned us. We were in bondage to sin. We were slaves of sin, but as a result of Christ’s sacrifice on Calvary, we have been freed from our slavery to sin.

. . . and having been freed from sin, you became slaves of righteousness. Romans 6:18 (NASB)

Our sins have. been forgiven and we have been freed from the power of sin. That is the message of the next two verses.

For He rescued us from the domain of darkness, and transferred us to the kingdom of His beloved Son, in whom we have redemption, the forgiveness of sins. Colossians 1:13-14 (NASB)

. . . knowing this, that our old self was crucified with Him, in order that our body of sin might be done away with, so that we would no longer be slaves to sin . . . Romans 6:6 (NASB)

Redemption Is Present and Future

God tells us that we have been redeemed already. Our redemption has resulted in each Christian being justified or legally declared to be righteous. For an explanation of the meaning of righteousness, read “What is the difference between holy and righteous in the Bible?.” The great news is that God now considers every Christian to be holy in their behavior, even though they still sin. But God does not hold them guilty.

Consequently, we wait for our final redemption that will occur when we die and leave this world.

Do not grieve the Holy Spirit of God, by whom you were sealed for the day of redemption.  Ephesians 4:30 (NASB)

Every Christian is redeemed now and waits for the final redemption from this world.

How To Be Filled With The Spirit
What is the difference between holy and righteous in the Bible?
How do you receive Christ? What does John 1:12 mean?
Does John 3:16 promise assurance of salvation to every Christian?
Must a person repent in order to go to heaven?
Must we confess Jesus as Lord with our mouth to be saved?