What calendar was used in Genesis 7-8?

What calendar was used in Genesis 7-8?

The question we are concerned with is, “What calendar was used in Genesis 7-8?” We will examine what the Bible reveals in order to reach our conclusion. The first relevant passage is Genesis 7:11.

In the six hundredth year of Noah’s life, in the second month, on the seventeenth day of the month, on the same day all the fountains of the great deep burst open, and the floodgates of the sky were opened. Genesis 7:11 (NASB) 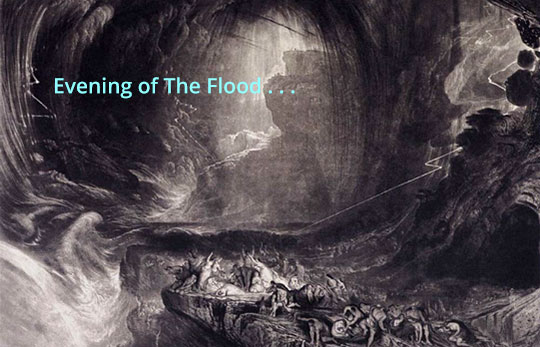 The second option is that the passage of years, months and days after the flood were marked according to Noah’s life. This appears to be the correct conclusion. Even though this manner of marking time is foreign to us, it is most likely the correct option since the births of the patriarchs are marked in the genealogies according to the length of the lives of the patriarchs. Here is an example from Genesis 5.

Another example of referencing time according to the years of someone significant’s life also occurred in Genesis 14:5. This suggests that after the flood the calendar years, months and days  were referenced according to the life of Noah. Even if one objects to the above rationale, it is obvious from Genesis 7 and 8 that the flood was referenced to Noah’s life.

Flood Started In The Second Month

Keil and Delitzsch write that the months in Genesis 7 and 8 were not the religious months in the Hebrew calendar but the months according to the civil calendar. The religious calendar starts in Nisan (March/April) and the civil calendar starts in Trishi (September/October).[3] Then they conclude that the flood started in “the autumn at the beginning of sowing, or the autumnal equinox; so that the flood would be pouring upon the earth in October and November.” While the authors do not give a reason for this conclusion, it appears they have assumed that the new year in Genesis 7 and 8 corresponded with the Hebrew civil calendar, presumably established by God later in Exodus 12:2 and 13:4.

But this conclusion is wrong since there are no statements in either Genesis 7 or 8 that support the conclusion the flood started in the winter or in some other part of the year. It was a guess. Both Jewish and Christian scholars agree that the seasonal time of the year is uncertain. For example, Nahum Sarna, the Jewish author of a commentary on Genesis, states that “Whether the New Year fell in the fall or the spring is a matter of dispute in Rosh Ha-Shanah 10b-11b.”[4] Henry Morris, a Christian expert on the Genesis flood, writes that the exact date for the beginning of the flood is “found to be uncertain.” Both authors are correct. There is no strong or even weak evidence that supports a conclusion as to which part of our calendar year (Gregorian calendar) the months mentioned in Genesis 7 and 8 occurred. It is simply guesswork.

Flood Started On The Seventeenth Day

The days mentioned in Genesis 7 and 8 do not provide us any guidance in determining the time of year or the year in which the flood occurred.

The difficulty with Genesis 7 and 8 is that the book of Genesis never gives us any of the names of the months. Neither are there any references to any calendar year from either the Hebrew, Egyptian, Canaanite or any other calendar in use at that time. The reason for this is that immediately after the flood there were no civilizations. Noah and his family were the only people on the face of the earth. Therefore, Scripture uses Noah’s life as the calendar just as the pre-flood civilization used the length of the patriarchs’ lives to mark time (see Genesis 5). Most likely the months of Noah’s life continued to be used as the calendar until Exodus. This is an assumption. However, the length of the months changed due to the slowing of the earth’s rotation, which resulted in the lunar calendar and the eventual adoption of the Hebrew calendar. For more information read, “Was Jesus resurrected on the same day Noah’s ark rested on Mt. Ararat?”