If I refuse God’s calling to be a minister, will I be punished?

If I refuse God’s calling to be a minister, will I be punished?

If I refuse God’s calling to be a minister, will I be punished? The following will examine the calling of Moses and Jonah and draw some very important conclusions. 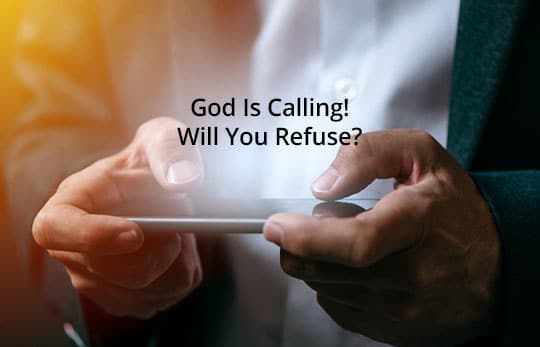 The Calling of Moses

Moses is the first example of a person who was called by God to minister for Him and then refused. In Exodus 3 we are told that Moses had found a bush that was burning but was not consumed. As he walked closer to see the bush, God spoke to him. In verse 6, God stated,

“I am the God of your father, the God of Abraham, the God of Isaac, and the God of Jacob.” Then Moses hid his face, for he was afraid to look at God. Exodus 3:6 (NASB)

In the conversation that followed,  God called him to bring the nation of Israel out of Egypt to the “mountain.” That was his calling. He was to be God’s minister in the desert.

Therefore, come now, and I will send you to Pharaoh, so that you may bring My people, the sons of Israel, out of Egypt.” But Moses said to God, “Who am I, that I should go to Pharaoh, and that I should bring the sons of Israel out of Egypt?” And He said, “Certainly I will be with you, and this shall be the sign to you that it is I who have sent you: when you have brought the people out of Egypt, you shall worship God at this mountain.” Exodus 3:10-12 (NASB)

But we are told that Moses did not want to be God’s minister in the desert. Therefore, God tried to encourage him by promising that He would be with him.

But Moses had another reason why he should not be God’s minister in the desert. Now his excuse is that he is not sure what to say.

In reply, God tells him what to say and explains what will happen. God also promises that He will be in control of everything (v. 14-22).

Then Moses shared that he was worried the people would not believe him (Exodus 4:1). Consequently in an attempt to encourage Moses, the Lord helped Moses perform two signs. The first occurred after Moses threw his staff on the ground. When he did it became a snake (Exodus 4:2-5).  The second sign occurred when Moses hand turned leprous and then was healed (Exodus 4:6-9). This should have encouraged Moses that God was going to be in control and make his ministry successful.

But Moses still struggled with being God’s minister in the desert. Therefore, he shared his fourth excuse that he was not eloquent of speech (Exodus 4:10). He was not a great speaker. Once again God tried to encourage him by reminding him that God had made his mouth (Exodus 4:11-12).

Finally, Moses just refused to be God’s minister in the desert (Exodus 4:13). What did God do? God became angry with Moses!

But he said, “Please, Lord, now send the message by whomever You will.” Then the anger of the LORD burned against Moses, and He said, “Is there not your brother Aaron the Levite? I know that he speaks fluently. And moreover, behold, he is coming out to meet you; when he sees you, he will be glad in his heart. Exodus 4:13-14 (NASB)

The Calling of Jonah

Jonah is another man whom God had called to be His minister to the city of Nineveh to call them to repentance. In Jonah 1:2 we are told that God told Jonah to go to Nineveh. Immediately, in the next verse we are told that Jonah did not want to be God’s minister in Nineveh. Therefore he boarded a boat and fled to Tarshish.

How did God respond? God sent a great wind and created such a great storm that eventually the sailors threw Jonah into the sea. Then a mammoth fish swallowed Jonah. But before he died, he prayed and repented. Later the fish vomited Jonah onto the seashore. Then he preached to the Ninevites and the entire city repented and was saved.

The message for us in this example was that a believing man or woman who refuses God’s calling will be disciplined until they obey.

The examples of Moses and Jonah teach us that when God calls us to minister for Him, it is wisest to obey. Moses refused to be God’s minister in the desert and as a result God took part of his ministry away and gave it to someone else.  Later in Numbers 20 we are told that Moses sinned and as a result God did not let Moses go into the Promised Land. God gave his ministry to Joshua. Therefore, please note that God ultimately does not need you. If you refuse or you sin, then God will either give part or all of your ministry away to someone else.

Jonah is an example of blatant and defiant refusal. God allowed him to die. Jonah was the reluctant prophet who did not enjoy the ministry that God gave him. It was a phenomenally successful ministry, but he hated it anyway. Jonah truly missed the joy of ministry because he refused.  Yet, notice that God once again did not let Jonah say no.

Therefore, is it possible to refuse God and successfully refuse? The message of Scripture is that if God is calling you to minister for Him, He will not let you say no. He will pursue you until you say, “Yes!” But what ministry will you receive? The examples in Scripture teach that God may give part of the ministry that you could have had to someone else. Also, you may not enjoy the ministry that you end up with, but then at least you are obedient, like Jonah.

What should we do if we have refused to respond to God’s calling? The answer is to confess the sin and offer to serve God in anyway that He chooses. In response, God will forgive your sin (1 John 1:9). However, the examples of Moses and Jonah reveal that the ministry God will give you now may not be the same that it could have been. Galatians 6:7-8 says that we reap what we sow. But even having an Aaron to speak for you still leaves you much work to do.