How did an olive tree survive the salt water during Noah’s flood?

How did an olive tree survive the salt water during Noah's flood?

That question has been asked by someone who read Genesis 8:10-11. The passage says that Noah had sent a dove out from the ark. When the dove returned, it brought back an olive leaf to the ark.

So he waited yet another seven days; and again he sent out the dove from the ark. The dove came to him toward evening, and behold, in her beak was a freshly picked olive leaf. So Noah knew that the water was abated from the earth. Genesis 8:10-11 (NASB)

Consequently, the question some people have asked is, “How did an olive tree survive the salt water during Noah’s flood?” 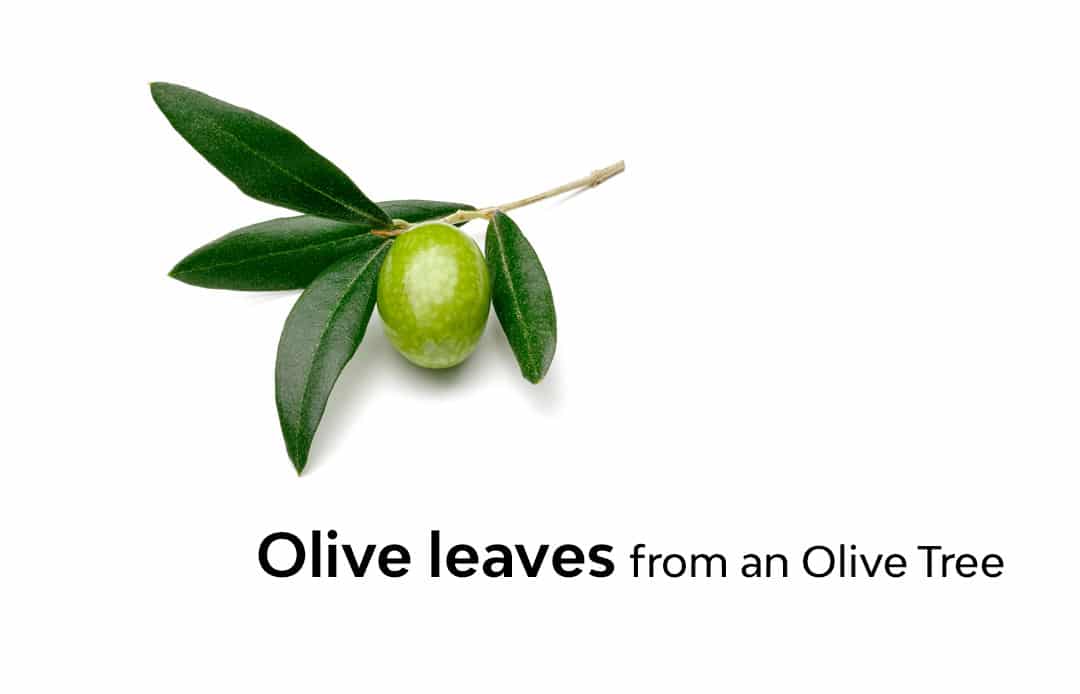 First, we must consider how long trees were submerged under the flood waters. Genesis 7-8 reveals that Noah’s flood began during Noah’s six hundredth year and on the seventeenth day of the second month. 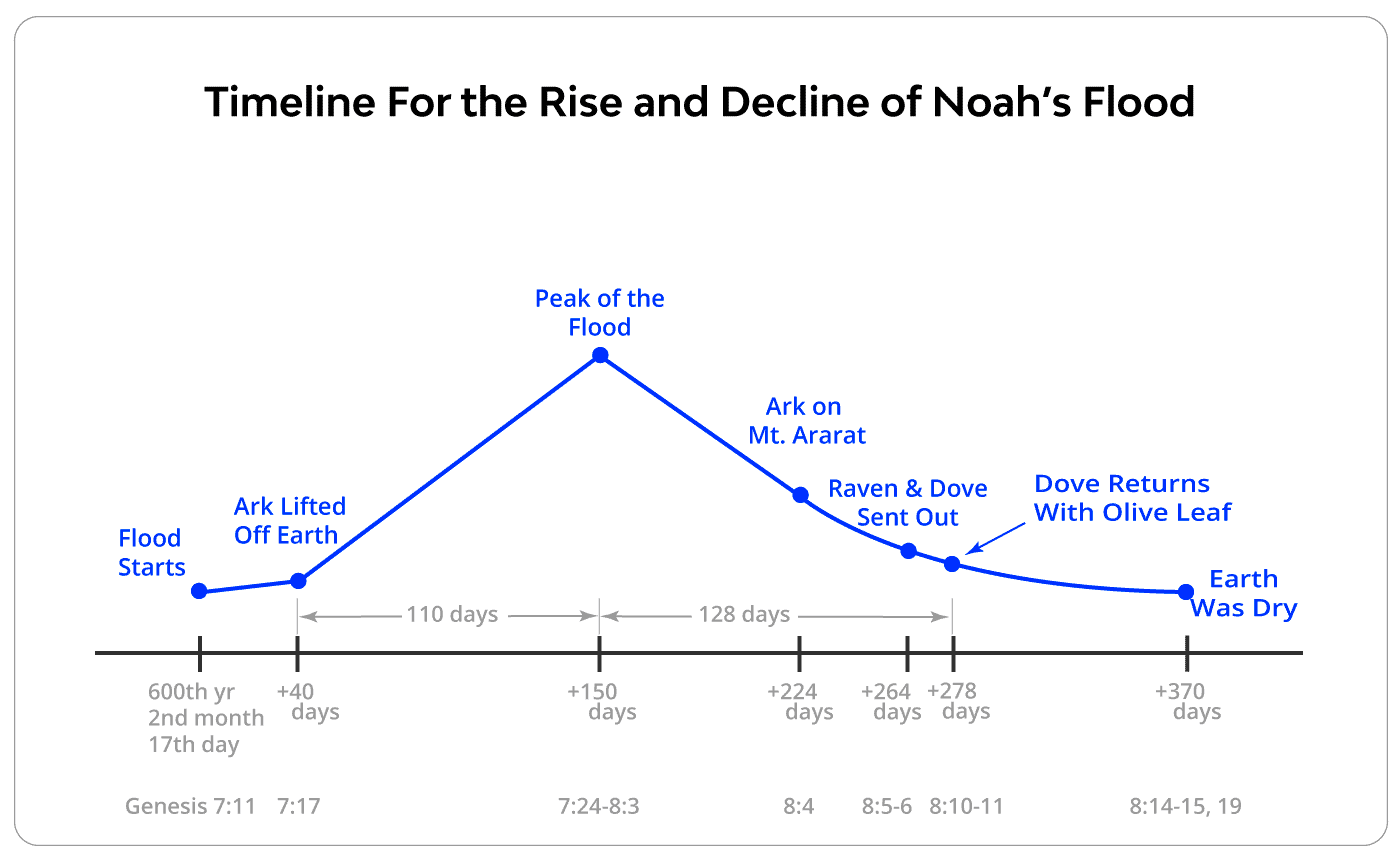 As a result,  Genesis 8:11 says Noah sent out a dove and she returned with an olive leaf in her beak. Notice, she did not return with an olive branch. The Hebrew word for “leaf” is aleh. It simply means “leaf.” It does not mean “branch.” This means the olive leaf could have been large or a newly sprouted leaf — a very small leaf.

We must note that 47 days had elapsed (271 days – 224 days)  since the ark rested on the mountain. That would have been sufficient time for an olive tree to sprout from a seed and grow a leaf as will be revealed in the next section.

Now we want to explore two questions. The first edition of the 2008 publication of the Advances in Horticultural Science journal reports,

Following planting in March 1998, plots of three olive trees with four replicates per variety were used in the experiment. Average growth rates ranged from 0.5 to 6.7 mm/day for tree height and from 0.4 to 2.2 mm/day for the apex within the year.[1]

Saundra Winokur answered the question, “how fast do olive trees grow?” this way,

That is more than the research performed by the Advances in Horticultural Science journal. The point is that an olive tree could have sprouted from a seed and grown a leaf by the time the dove was sent out a second time (Genesis 8:10).

We must not ignore the fact that God could have increased the growth rate of the vegetation. Also, we must not miss that the soil in the time of the flood would have been much more fertile than it is today. Again, the point is that an olive tree could have germinated and produced a leaf in 47 days.

It has been pointed out by Whitcomb and Morris that an olive tree is “So indestructible that it can survive in the poorest soil.”[3] Then they add,

Neither does the tree have to grow in the plains; it could have sprouted  on the barren hillsides long before the Flood waters retreated to the lowlands.[4]

Also, a tree on the mountain side would not have had been submerged as long as trees in the plain, being less vulnerable to water damage.

Description of the Flood Waters

The second question that we want to explore is, “What do we know about the salinity of the flood waters?” The objectively obvious answer is that we were not there to measure the salt content of the water. Therefore, we do not know its salinity. But some observations can be made. Answers In Genesis has published an article titled, “How Did Plants Survive the Flood?” It quotes Dr. Russell Humphreys as,

Every year, rivers and other sources dump over 450 million tons of sodium into the ocean. Only 27% of this sodium manages to get back out of the sea each year. As far as anyone knows, the remainder simply accumulates in the ocean. If the sea had no sodium to start with, it would have accumulated its present amount in less than 42 million years at today’s input and output rates. This is much less than the evolutionary age of the ocean, three billion years (emphasis original).[5]

The point is that if the world was three billion years old, then the salt content of the oceans would be much higher at the present rate salt is pouring off the land into the ocean. This means the rate of salt pouring into the sea has been increasing. It had to be much less at the time of the flood. The  content of the water before the Flood could have been that of freshwater. Also, most of the water covering the earth would have been fresh rain water from the flood’s deluge. (I personally do not accept the age of the earth some evolutionists give as billions of years).

Therefore, the olive tree could have grown on a mountain side. The soil would not have been polluted with excessive salt to prevent growth. When the Bible says that Noah planted a vineyard after the flood, it would have been completely feasible (Genesis 9:20).

Understanding events that have occurred thousands of years ago in the historic past is a difficult task since we were not there to see and hear what happened. Yes, we can read about things that have been recorded, but it is not possible to dig beyond the recorded words. It is even more difficult to go back 6,000 years or longer. Plants and seeds grow under extreme conditions. This occurs all the time. But the most obvious and objective understanding of the olive leaf the dove brought to Moses is that 1) the bird plucked a leaf off a newly sprouted olive tree or 2) a tree on the mountain side that had been submerged was still growing. It is not wisdom to conclude that it could not have happened. The olive tree could have survived the water during Noah’s flood.

Apologetics & Creationism
Is the sky blue because God created the expanse, raqia?
Does the Bible say the earth is about 6,000 years old? – Young Earth
Can one believe in the big bang theory and be a Christian?
Is there a gap between the first and second verse of Genesis 1?
Did God create the sun on the first or fourth day?
Genesis 1:1 – Genesis Meaning
Does Genesis 1:2 describe a destruction of a previous creation? — GAP Theory
What is the light in Genesis 1 verses 3-5?
When were dinosaurs created?