The headline news of the Telegraph.co.uk website out of Great Britain was not unexpected on 7 April 2009. The headline “The G20 moves the world a step closer to a global currency”[1] was international news. Rumors of the move had been signaled by the major powers of our world since early fall 2008. With the financial crisis sweeping our globe, the crisis begged for change. The United States political arena was screaming “Change, change!” and so were the world leaders. With claims that we were faced with the worst financial crisis known to the world since the Great Depression of the 1930s, the rest of the world was prepared to solve the problem too! The calls for a new global currency and a world wide financial regulatory system were in vogue. Why has this occurred? Does the Bible say anything about this? 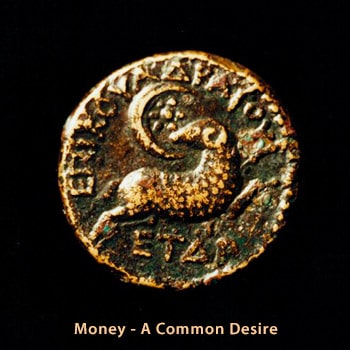 On 17 September 2008, the Reuters news agency reported that a commentary in the overseas edition of the People’s Daily, an official newspaper of China’s ruling Communist Party, stated the following:

The eruption of the U.S. sub-prime crisis has exposed massive loopholes in the United States’ financial oversight and supervision,” writes the commentator, Shi Jianxun . . . The world urgently needs to create a diversified currency and financial system and fair and just financial order that is not dependent on the United States.[2]

As the financial crisis collected momentum the following was reported by FT.com,

China’s central bank on Monday proposed replacing the US dollar as the international reserve currency with a new global system controlled by the International Monetary Fund. In an essay posted on the People’s Bank of China’s website, Zhou Xiaochuan, the central bank’s governor, said the goal would be to create a reserve currency “that is disconnected from individual nations and is able to remain stable in the long run, thus removing the inherent deficiencies caused by using credit-based national currencies.”[3]

Several weeks later, 30 September 2008, Britain, France, Germany and Italy – the EU members of the G8 – met in Paris to discuss the establishment of a new global currency.[4] Eventually, Russia joined the call to dump the United States dollar as the global currency and the march forward quickened. The Moscow Times reported,

The Kremlin published its priorities Monday for an upcoming meeting of the G20, calling for the creation of a supranational reserve currency to be issued by international institutions as part of a reform of the global financial system.[5]

Momentum continued to build throughout the fall into the early part of 2009. Great Britain’s prime minster Gordon Brown was repeatedly calling for a global new deal – a new global financial system.[6] On 18 March 2009, Reuters unabashedly reported out of Luxembourg,

A U.N. panel will next week recommend that the world ditch the dollar as its reserve currency in favor of a shared basket of currencies, a member of the panel said on Wednesday, adding to pressure on the dollar.[7]

On April 2, 2009, the work of July 4, 1776 was nullified at the meeting of the G-20 in London. The joint communiqué essentially announces a global economic union with uniform regulations and bylaws for all nations, including the United States. Henceforth, our SEC, Commodities Trading Commission, Federal Reserve Board and other regulators will have to march to the beat of drums pounded by the Financial Stability Board (FSB), a body of central bankers from each of the G-20 states and the European Union. The mandate conferred on the FSB is remarkable for its scope and open-endedness. It is to set a “framework of internationally agreed high standards that a global financial system requires.” These standards are to include the extension of “regulation and oversight to all systemically important financial institutions, instruments, and markets . . . [including] systemically important hedge funds.” Note the key word: “all.” If the FSB, in its international wisdom, considers an institution or company “systemically important”, it may regulate and over see it. This provision extends and internationalizes the proposals of the Obama Administration to regulate all firms, in whatever sector of the economy that it deems to be “too big to fail.” The FSB is also charged with “implementing . . . tough new principles on pay and compensation and to support sustainable compensation schemes and the corporate social responsibility of all firms.” That means that the FSB will regulate how much executives are to be paid and will enforce its idea of corporate social responsibility at “all firms.” The head of the Financial Stability Forum, the precursor to the new FSB, is Mario Draghi, Italy’s central bank president. In a speech on February 21, 2009, he gave us clues to his thinking. He noted that “the progress we have made in revising the global regulatory framework…would have been unthinkable just months ago.”. . . Europe, in other words, has six of the twelve national members. The G-20 will enlarge the FSB to include all its member nations, but the pro-European bias will be clear. The United States, with a GDP three times that of the next largest G-20 member (Japan), will have one vote. So will Italy. The Europeans have been trying to get their hands on our financial system for decades. It is essential to them that they rein in American free enterprise so that their socialist heaven will not be polluted by vices such as the profit motive. Now, with President Obama’s approval, they have done it.[8]

A summary of the G-20 agreement is available at the Council of Foreign Relations.[9]

What has the Bible predicted would occur in the end-times? Revelation 13:16-17 is the first definitive reference describing a world order under the control of the anti-Christ. It is a ruthless political system that controls the economy of the planet. Here is the future,

And he causes all, the small and the great, and the rich and the poor, and the free men and the slaves, to be given a mark on their right hand or on their forehead, and he provides that no one will be able to buy or to sell, except the one who has the mark, either the name of the beast or the number of his name. Revelation 13:16-17 (NASB)

If we ignore the details for a second and capture the bigger perspective, we discover that the verse is predicting a world wide economic system. With global economic control, the anti-Christ is in total control of the world. Is the G-20 accord envisioned here? Most likely Revelation 13:16-17 refers to a yet future system, but the G-20 accord is the first step.

This passage also reveals that controls will eventually exist that determine when and how much you can buy or sell. Today the technology exists already that will allow the government to imbed an identification tag into your body that will also monitor your location. The technology is called RFID chip implants. It is already in use in some hospitals and is quickly being adopted by businesses and used to track employees. Recently, the governor of California has signed a bill outlawing its usage on business employees.[10] Trial studies are in progress to determine if a similar technology can be embedded in medicine to determine if patients are taking their medication[11]. The fulfillment of Revelation 13:16-17 is coming. All that is needed is the correct leader and the correct circumstances or crisis.

Revelation 18:9-20 provides more information about this economic system. The passage describes a global economic system across land and sea (v. 17-18). The economic system will sell everything imaginable (v. 11-16). But eventually the system will collapse when God judges the world (Rev. 18:1-8, 15-20). The passage describes the leaders and the business owners moaning about the great global economic collapse, saying, “Woe, woe . . .” (v. 16, 19). This event is yet future. It is coming.

Critics have discounted these biblical prophecies for centuries. But the events leading up to their fulfillment are emerging anyway. Critics come and critics go but the Word of God remains forever. This is an echo of the prophet Isaiah,

The grass withers, the flower fades, but the word of our God stands forever. Isaiah 40:8 (NASB)

When will all the pieces for the anti-Christ’s global economy come together and be realized? We do not know, but it is coming. Just watch and prayerfully wait and do all you can to spread the good news of the gospel. People need to know about Jesus Christ now more than ever. Lord Jesus, come quickly!!

He who testifies to these things says, “Yes, I am coming quickly.” Amen. Come, Lord Jesus. Revelation 22:20 (NASB)