Peace in The Middle East: Sign of the End 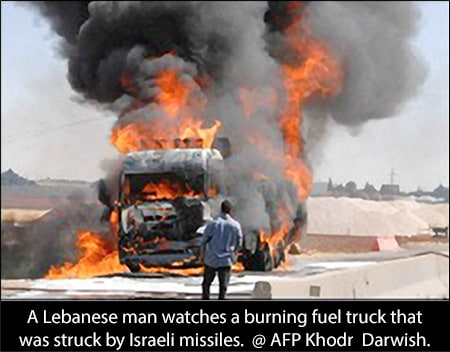 After the death of its founder, Abu al-Qasim Muhammad in A.D. 8 June 632, Islam began to expand into northern Africa, Egypt, Spain, and eventually Palestine. Islam was expanding militarily. The Crusades began in A.D. 1095-1100 in an attempt to prevent Muslims from controlling the land of Palestine, the city of Jerusalem, and to defend Europe. After the 9th Crusade, the Ottoman Empire continued to expand its territory into Europe in the 12th to 13th centuries. At its height, the Ottoman Empire included southeastern Europe. In the 16th century it controlled parts of Southern Europe, the old Babylonian Empire including Palestine, Saudi Arabia, North Africa, and it threatened Italy. It was a great empire which was finally defeated by the British Empire in 1922 after World War I. The British Empire finally controlled the land of Palestine. During World War II the British had to defeat the German military to maintain control.

In May of 1948 with the approval of the United Nations, the nation of Israel was established and Jews were allowed to return to the land of the Palestine for the first time since A.D. 70. Israel had been absent from the land since A.D. 70 when the Roman army defeated the Jews and leveled the city of Jerusalem to the ground. The Jewish people had been without a homeland for almost 1900 years. Since the reestablishment of Israeli, Israeli and Arab conflicts have been a constant issue.

Fighting broke out once again on 12 July 2006 when Hezbollah troops started Operation Truthful Promise and crossed the Israeli border and captured two Israeli soldiers and killed three. In response Israel initiated Operation Just Reward that resulted in artillery shelling of Hezbollah ground positions, airstrikes into Lebanon, and a ground assault. The operation is now called Operation Change of Direction. Hezbollah has responded with artillery rocket bombardments. Israel has pushed Hezbollah positions back in an attempt to provide a buffer zone and security for Israelis.

Hezbollah is an Arabic name that means “Party of God.” It is a Lebanese Islamist Shi’a organization. Hezbollah is committed to the destruction of Israel. The Hezbollah flag features an AK-47 assault rifle machine gun over the globe of the world. Clearly, Hezbollah is interested in more than just Israel.

As of 05 August 2006, the conflict between Hezbollah and Israel continues. The United Nations and a group of seven nations led by Germany are seeking peace in the Middle East. Dr. Condoleeza Rice, the Secretary of State for the United States, and George Bush, the president of the United States, have stated that they want a “real and lasting peace.” Most of the world is seeking peace. The prophet Daniel and the Apostle John predicted that a real peace will come some day in the region (Dan. 9:27; Rev. 6:1-4).

There will be real peace between the Arab nations and Israel some day. Middle East wars, terrorism, and suicide bombers will stop, but it will only last a short time. The peace that the prophet Daniel and the Apostle John predict will occur seven years before the great battle of Armageddon – before Jesus Christ returns. This future peace will be a major sign that the end of the world is near. “Real and lasting peace” in the Middle East has been promised by God, but it will not come by human effort. It will come after Armageddon during a millennial kingdom that God will establish for those who are left. If you are interested in more about this prophecy, please click on this study “Prophecy of the Future.”