Lost Books of the Bible

The recently discovered Gospel of Judas and the frequently quoted Gospel of Thomas have been and are continuing to be highly acclaimed as missing Christian documents that provide new insights into Jesus. Even though these “gospels” are not Christian documents, the National Geographic Society, the author of the Da Vinci Code, and the members of the Jesus Seminar Institute along with others want us to believe that they contain secret, hidden truths about Jesus Christ. Similar claims are being made about other documents such as the “Gospel of Mary,” “The Gospel of Truth,” “Pistis Sophia,” “The Sophia of Jesus Christ,” “Apocalypse of Peter,” “The Acts of Peter and the Twelve Apostles,” and “The Gospel of Philip.”

The early church fathers waged a “war” during their life times against the Gnostics because they 1) denied that Jesus Christ was God in human flesh, 2) believed that an infinite, holy God could not have created the material world, 3) believed that the spirit was good but matter was evil, 4) salvation was not by faith in God but by the acquisition of secret knowledge and performance of secret rituals, 5) said that knowledge was superior to faith, 6) rejected the Old Testament and accepted only portions of the New Testament, and 7) claimed that there were different classes of Christians. 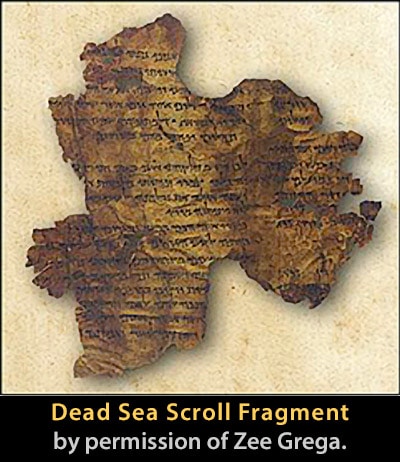 The Gnostics struggled with the issue of evil since they viewed the spiritual as good and matter as evil. How could a holy God create evil? Their solution was to assume that the God of the Old Testament, who created the world, was not the God known as Jesus Christ. Consequently, they rejected the Old Testament and demoted God. They also rejected most of the New Testament since it teaches that Jesus was our God who became a man (John 10:32-33; Rom. 1:1-4; 1 John 4:1-3). They believed that the Christ-spirit entered Jesus at His birth and departed at His death. Some Gnostics believed that Jesus never actually died.

Jesus says, “I did not die in reality, but in appearance.” Those “in error and blindness . . . saw me; they punished me. It was another, their father, who drank the gall and vinegar; it was not I. They struck me with the reed; it was another, Simon, who bore the cross on his shoulder. I was rejoicing in the height over all . . . And I was laughing at their ignorance.”[1]

The Gnostics were not Christians. They were heretics who claimed to be Christians. As a result, the early church fathers exposed their error and warned the faithful.

In 2006 the Gospel of Judas was the latest Gnostic document to receive great attention. The National Geographic Magazine made the statement that the Gospel of Judas offers new insights into the relationship between Judas and Jesus as indicated in the following quote,

The Gospel of Judas gives a different view of the relationship between Jesus and Judas, offering new insights into the disciple who betrayed Jesus. Unlike the accounts in the canonical Gospels of Matthew, Mark, Luke, and John, in which Judas is portrayed as a reviled traitor, this newly discovered Gospel portrays Judas as acting at Jesus’ request when he hands Jesus over to the authorities.[2]

The document has been heralded as providing new insights into Jesus and the supposed traitor Judas Iscariot. In response, Christianity Today reported,

When the Gospel of Judas was unveiled in April, much of the American press and public were bowled over by this “lost” Gospel’s claims that Judas was Jesus’ favorite, that he was the only disciple who understood Jesus’ mission, and that Jesus told Judas to hand him over to the authorities, so that Judas would “sacrifice the man that clothes me.”

Little was reported of what the 13-sheet Coptic manuscript had to say about the heavenly kingdom of Barbelo, the 72 heavens, the 360 firmaments, and the confusing array of demigods who inhabit them.

Fortunately, some members of the press saw how ridiculous it all was. Newsweek’s David Gates took aim at the hoopla manufactured by National Geographic and others who had a financial stake in the Judas Gospel: “Can the lipstick tie-in be far behind?”

More importantly, the best liberal scholars admitted up front that this find “tells us nothing about the historical Jesus, nothing about the historical Judas.” Those are the words of James M. Robinson, lead scholar of the team that investigated the last great find of Gnostic Gospels, the Nag Hammadi library. Or as Adam Gopnik told New Yorker readers, “The finding of the new Gospel … no more challenges the basis of the church’s faith than the discovery of a document from the nineteenth century written in Ohio and defending King George would be a challenge to the basis of American democracy.”

The latest Gnostic gospel may tell us little about Jesus or Judas, but the credulous public fascination with it tells us something about the spiritual state of America. Our nation continues to be enamored with a version of religion—Gnosticism—that is little more than a reflection of the self.[3]

Another important fact that has been ignored is that the document appears to have been written almost two to three centuries after Jesus died and returned to heaven. The National Geographic states,

The results allowed lab experts to confidently date the papyruses to between A.D. 220 and 340. [4]

How credible is such a document after so many years?

Many are claiming that the Gnostic perspectives discovered in the Nag Hammadi library are new. However, the Anglican bishop and author, N. T. Wright, states that The Gnostic heresy was

. . . set forth not only in pre-Nag Hammadi findings (the Pistis Sophia and the Gospel of Mary, for example) but also in the detailed and accurate descriptions of the orthodox heresy hunters such as Irenaeus, Hippolytus, and Tertullian, descriptions that have long been available. Gnostic arguments are not simply bursting new upon the scene after centuries of assiduously enforced suppression.

. . . the Gnostic perspective was never fully extinguished . . . it has been particularly strong in the West for close to three centuries.[5]

Elaine Pagels, a Gnostic author and bestselling author, claims that the Gnostics were the forerunners of

. . . modern spiritual seekers wary of institutional religion, literalism, and hidebound traditions. Free of sexism and paternalism and unburdened by an emphasis on guilt and sin, the Gnostics’ highly esoteric and intellectual approach to the sacred was one that even enlightened skeptics could embrace. At the very least, Pagels suggested, the Gnostic tradition would have made Christianity a more appealingly rational, tolerant and expansive creed had the orthodox not suppressed it and largely driven it out of existence.[6]

Pagels understands that Gnosticism is contrary to the teachings of the Bible but she has missed the point that Christians are seekers after the truth. Jesus said,

The Christian faith, not a religion, is about truth and not popularity. Yes, we seek to help others believe in God but then it is their choice as to how they respond. We have fulfilled our obligation to them.

Pagels claims that Gnosticism attempted to advance the cause of women but she ignores the facts. In response to her claim, N. T. Wright makes the following observation,

. . . if Gnostics were really such proto-feminists, why . . . Does the Gospel of Thomas have Jesus saying of Mary Magdalene, “Look, I shall guide her to make her male, so that she too may become a living spirit resembling you males.”[7]

Waves of interest in Gnostic literature are washing upon the shores of modern cultures around our globe. Some of the interest is motivated by financial gain and greed, but most of the interest appears to be motivated by a prior rejection of biblical truth. As a result the modern day Gnostics claim that they have superior secret knowledge which gives us salvation from a dead and incorrect faith called Christianity. They believe that today, two thousand years later, that they have superior insight into the heresy than the early church fathers.

For a Christ rejecting, non-believing world, these ancient Gnostic documents support their disbelief. The Gnostics also had an agenda. They wanted to recast Jesus into a different light because He did not fit their theology. They want to discredit the Bible because it does not agree with their theology. Today, many in the Christ rejecting world are finding comfort in this heretical religion of ancient times.

We will close with the following statement from N. T. Wright,

They’re trying to claim that this worldview beats orthodox Christianity hands down. [They say] orthodox Christianity is boring and dull and miserable and restrictive, whereas Gnosticism is exciting and dynamic and vibrant and countercultural . . .The Gnostic conspiracy theory says that orthodoxy hushed up the really exciting thing and promoted this boring sterile thing with Matthew, Mark, Luke, and John. And of course there’s a great lie underneath that. In the second and third centuries, the people being thrown to the lions and burned at the stake and sawed in two were not the ones reading Thomas and Judas and the Gospel of Philip and the Gospel of Mary. They were the ones reading Matthew, Mark, Luke, and John. Because the empire is perfectly happy with Gnosticism. Gnosticism poses no threat to the empire. Whereas Matthew, Mark, Luke, and John do. It’s the church’s shame that in the last 200 years, the church has muzzled Matthew, Mark, Luke, and John and turned them into instruments of a controlling, sterile orthodoxy. But the texts themselves are explosive.[8]

Gnosticism posed no threat to the empire because it denied that Jesus was God who had come in human flesh and died for each one of us, who are sinners, need His forgiveness.

Lost Books of the Bible (PDF)