Blessed Are Those Who Hunger For Righteousness

My shaking bed awakened me at 4:31 AM. I do not know why I still remember that time, but I do. The whole house was shaking. It was dark. I heard the noise of things crashing to the floor. My wife was now awake. Our bed was rocking back and forth. I reached to turn on the light by my bed. It blinked on and immediately went out. My children were calling out, and I told them to go back to bed and stay there. We were in the middle of what became known as the Northridge Earthquake in Los Angeles, California. It was 17 January 1994. 200,000 – 300,000 people were concerned for their lives. Water pipes were damaged and houses had sunk into the ground. The front doors of many homes could not be opened because the ground was now above the bottom of the door. Many people had no water. Those who did were cautioned not to drink it. The electricity was off and many could not cook for days. Food was spoiling because the refrigerators did not operate. The food markets were closed because floors were buried with food products and broken glass. Safety, hunger and thirst had new meaning to the earthquake victims.

Historians tell us that Herod the Great had reduced many in Israel to the poverty level. While he did not create a famine, it was common for people to share their food and money as a form of welfare. So when Jesus spoke the words in the next beatitude that occurs in our study series, the people understood it better than we do.

Blessed are those who hunger and thirst for righteousness, for they shall be satisfied. Matthew 5:6 (NASB)

Jesus used three key Greek words in this beatitude. They are the Greek words for hunger, thirst, and satisfied. These unlock the door to the meaning of the beatitude.

The first key Greek word that Jesus used was peinao. It is translated as “hunger” in our passage. It has the sense of a strong desire for food. It is the same word that was used to describe Jesus’ hunger after He had been in the wilderness for 40 days and nights without food (Matthew 4:2). After 40 days of fasting, Jesus would have been very hungry. This Greek word describes a strong hunger for food.

The next key Greek word that Jesus uses is dipsao. It also describes a strong desire, but this time for water. It was used in John 19:28 to describe Jesus’ thirst after He had been whipped and beaten for hours by the Roman solders and then had been left hanging on the cross for hours. Near the end, Jesus cried out for something to drink and said, “I thirst.” That is the word Jesus used in this beatitude.

The last important Greek word that Jesus used was chortazo. The word was used to refer to fattened cattle. That is, it means having all that you want. This animal or person is completely satisfied.

The Greek words for hunger and thirst are both in the present tense. This means that Jesus was describing someone who was continually hungering and thirsting. Therefore, we could rewrite the beatitude like this,

Blessed are those who are constantly, continually hungering and thirsting after righteousness, for they shall be completely and totally satisfied. Matthew 5:6 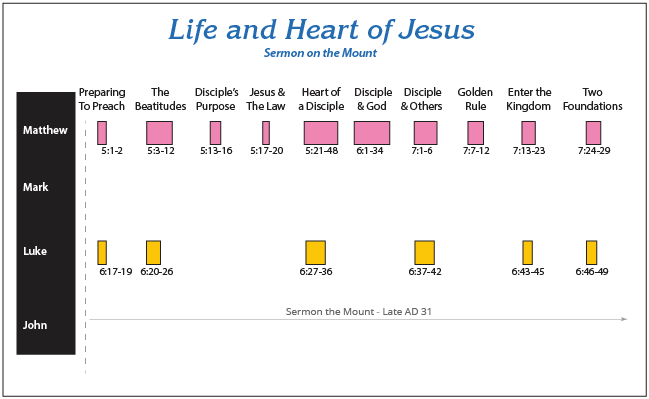 People seek God for many reasons. Some reasons are better than others. In a time of crisis it is common for men and women to make deals with God. It goes something like this, “If you are there, God, please help me. If you do, I will commit myself to you the rest of my life. I will go to church and read your Bible.” An old saying that captures the point says, “Every solder in a foxhole during a time of war believes in God.” At a time of crisis men and women reach out to God. They might be on a raft out on the ocean, in an aircraft that is falling into the water, or be a mother who has discovered that her child has been hit by a car. They reach for God to save them, to rescue them, but not because they want their sins forgiven, desire to be right with God, or to go to heaven. They reach out to save their earthly life or someone they dearly love. They are hungering and thirsting for their lives. At that moment of crisis, satisfaction means being rescued. At that moment of crisis, they catch a glimpse of what this life is really all about. It is empty and God is all that there is.

God said to him, “. . . Behold, I have given you a wise and discerning heart, so that there has been no one like you before you, nor shall one like you arise after you. I have also given you what you have not asked, both riches and honor, so that there will not be any among the kings like you all your days. 1 Kings 3:11-13 (NASB)

Then I became great and increased more than all who preceded me in Jerusalem. My wisdom also stood by me. Ecclesiastes 2:9 (NASB)

God gave him great wisdom and great wealth. Yet, Solomon wrote the book of Ecclesiastes to tell us what he discovered about the reality of life. He starts the book with a surprising summary,

The Hebrew word for “vanity” has the idea of emptiness. Therefore, the verse could be rewritten as, “Empty of empties. All is empty.” That is, life is like a soap bubble. Eventually, it goes “pop” and there is nothing. Life is a “big fat zero.” Life is empty. The book of Ecclesiastes describes life for the man on this planet without God. Those who know God have something better for which to look, but it is not found in this world.

The Details Of Life

After his summary, Solomon then proceeds to tell us that there is no benefit in our work. He starts by asking a question.

What advantage does man have in all his work
Which he does under the sun? Ecclesiastes 1:3 (NASB)

His question assumes a negative answer. The answer is, “None!” There is no benefit in our labor! The next series of verses explains why.

A generation goes and a generation comes,
But the earth remains forever. Ecclesiastes 1:4 (NASB)

Next, he adds that are we born into this world and then we die. A generation is born and then it dies, and the cycle is repeated and repeated, but the world always remains. We come and we go, but not the earth.

Also, the sun rises and the sun sets;
And hastening to its place it rises there again. Ecclesiastes 1:5 (NASB)

Now he says that the sun rises and sets and the next day does it all over again, but we do not. We are born and then we die. We come and we go. That is all that there is. We are no more, but not the earth or the sun. They remain.

Blowing toward the south,
Then turning toward the north,
The wind continues swirling along;
And on its circular courses the wind returns. Ecclesiastes 1:6 (NASB)

Then he reminds us that the wind also comes and goes. We do not know where it came from or where it is going. The wind flows from one place to another and eventually returns. But we come and we go! After we leave, we do not return.

Even the water comes and goes, but it always returns. The water in the rivers flows into the sea, evaporates, becomes clouds, and rains on us once again. The sun rises and sets. The winds come and go. Even the rain comes again, but not us. We are born and then we die. That is all that is left of us. Nothing!

All things are wearisome;
Man is not able to tell it.
The eye is not satisfied with seeing,
Nor is the ear filled with hearing. Ecclesiastes 1:8 (NASB)

Then Solomon reminds us of the truth that we rarely stop to think about. We almost never stop and realize that life is repetitive. We are constantly seeking, pursuing, and never being satisfied and then we die and there is nothing! 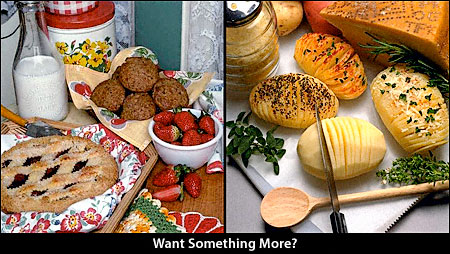 We are never satisfied with the things in this repetitive life. Life is empty! That is Solomon’s message. Later in Ecclesiastes Solomon says this,

All a man’s labor is for his mouth and yet the appetite is not satisfied. Ecclesiastes 6:7 (NASB)

He who loves money will not be satisfied with money, nor he who loves abundance with its income. This too is vanity. Ecclesiastes 5:10 (NASB)

His message is simple. We are always hungering and thirsting for so many things, and we are never satisfied. So we pursue food, sex, nudity, movies, games, control of others, health, prestige, positions of power, and many other things. We rarely stop long enough to think about the meaninglessness of life. We are always seeking and yet never satisfied.

God allows us to remain occupied chasing satisfaction. We enjoy endlessly chasing after things that will never really make us completely happy. That is the point of the next verse.

He seldom reflects on the days of his life, because God keeps him occupied with gladness of heart. Ecclesiastes 5:20 (NASB)

Even the miser and the esthetic are seeking something more. Life is never really satisfying or fulfilling. God has allowed us to endlessly chase after satisfaction.

We believe that chasing after satisfaction will make us happy. We are always seeking something new, a new experience, a new gadget, a new movie, a new food, something exotic, a new or different sexual experience, or something else. Solomon was correct. We never stop long enough to realize this important truth.

A hungry man cannot be satisfied by an arrangement of flowers, or beautiful music, or pleasant conversation. All of those things are good., but they have no ability to satisfy hunger. Neither can anything but God’s own righteousness satisfy the person who has true spiritual hunger and thirst. [1]

Jesus promised those who believe in Him joy and peace.

These things I have spoken to you so that My joy may be in you, and that your joy may be made full. John 15:11 (NASB)

He did not offer joy and peace from this material world. He offered spiritual peace and spiritual joy. Jesus said that He was the Bread of Life and if we came to Him we would not hunger or thirst.

Jesus said to them, “I am the bread of life; he who comes to Me will not hunger, and he who believes in Me will never thirst. John 6:35 (NASB)

The spiritually hungry do not ask for Christ and economic success, Christ and personal satisfaction, Christ and popularity, or Christ and anything else. They want only Christ and what God in His wisdom and love sovereignly provides through Christ – whatever that may or may not be. [2]

And whatever that may or may not be includes constantly hungering and thirsting to be righteous . . .