When you think about John the Baptist, what image of him do you see in your mind? The first glimpse we have of him in the gospels is a man dressed in camel’s skins, wearing a leather belt, and eating locust and honey. The first words that Matthew records from his lips is, “Repent, for the kingdom of heaven is at hand.” To many he almost sounds like an odd-ball, like someone walking in the street holding a sign up high which says, “Repent for the end of the world is near!” But John was not an odd-ball. He was a priest – his father was Zacharias – who had rejected his opportunity to serve in the Temple because he had something better to do. He had a mission. He had a vision of the future. He had a calling from God! He had a message from God, and his ministry was to prepare the way for the Messiah. He called people to repent of their sins and to demonstrate their change of heart by submitting to baptism.

John the Baptist was a man of integrity. He had rebuked the Pharisees when they wanted to be baptized, because he knew they were not sorrowful over their sins. His baptism was for those who recognized that they were sinners and wanted peace with God. But most of the Pharisees and Sadducees did not see their sin as a problem. They believed they were going to heaven because they were descendants of Abraham. They believed it was who you knew that was important. As a result, John the Baptist offended many of these self-righteous leaders.

Apparently, Herod had also visited John in the wilderness. According to Luke 3:19 John had reprimanded Herod on one occasion over the fact that Herod was living with Herodias, his brother’s wife. Since it is doubtful that John would have been able to visit Herod at his royal palace, Herod must have come to him. John had many enemies – Pharisees, Sadducees, and Herod. He was a godly man who rebuked others because of their sin. John rebuked the self-righteous and the guilty Herod. None of them felt very good. 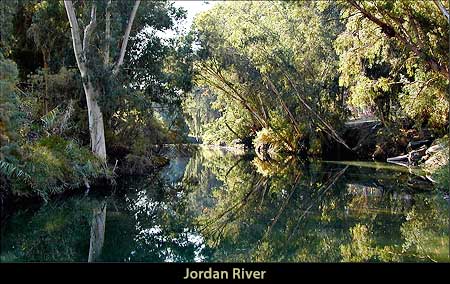 When we arrive at John 1:19, approximately one and a half months have passed since John saw Jesus the last time. The last time that Jesus and John were both together was at Jesus’ baptism. After Jesus’ baptism the Holy Spirit moved Jesus into the wilderness to be tempted (Mark 1:12). Since Jesus was in the wilderness for 40 days, you know that at least 40 days have passed – probably more – since His baptism when we come to our passage of John 1:19-34. It appears from John 1:26 that Jesus has returned and found John.

But where is John preaching now? The answer is given in John 1:28.

These things took place in Bethany beyond the Jordan, where John was baptizing. John 1:28 (NASB)

Both Jesus and John were now in Bethany. The location of the ancient city of Bethany where John was now ministering is unknown today. However, Bethany must have been located near the Sea of Galilee since Jesus walked from Bethany into Galilee in one day (v. 43). Three days later Jesus traveled to Cana of Galilee (John 2:1). If Jesus and John were now located near the Dead Sea, Jesus would not be able to walk the 80 miles (128.7 Km) distance to Cana in four days. 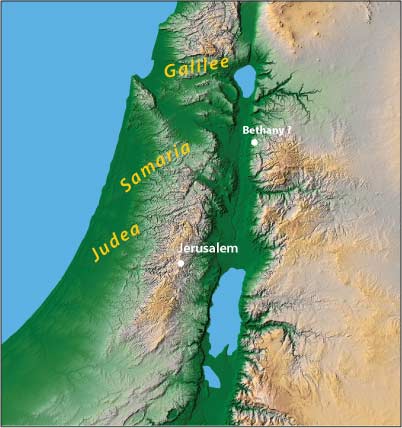 So when we arrive at our passage – John 1:19 – John the Baptist was baptizing at Bethany and some religious leaders from Jerusalem arrived.

This is the testimony of John, when the Jews sent to him priests and Levites from Jerusalem to ask him, “Who are you?” John 1:19 (NASB)

These religious leaders were priests and Levites. They were sent by the “Jews” or the Sanhedrin. The Sanhedrin was the supreme court of the Jews, and it was composed of 70 religious leaders. Rabbi Hillel was once the president of this important council. During Jesus’ time here on earth, the Sadducees controlled both the Sanhedrin Council and the temple in Jerusalem. It is not a surprise that most of the priests and Levites were Sadducees, since they ministered at the Temple. It was a closed group.

So why were priests and Levites sent to John? We know that they did not come to encourage John or to offer him support. John had already rebuked them. They were coming for another purpose. So their opening question was “Who are you?”

John emphatically said, I am not the Christ!” John wanted them to know that he was not the Christ. So they asked him some more questions.

Are you Elijah? Are you the Prophet? Both times John answered, “No.” Were these questions honest inquiry? The answer is, “No!” 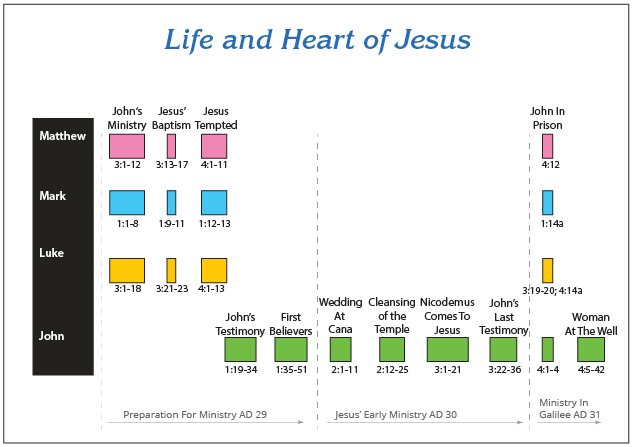 We will soon discover that apparently they knew John would say that he was not the Messiah, Elijah, or the Prophet of Deut. 18:15-18. They were attempting to demonstrate that John did not have authority for his ministry. Next, the priests and Levites ask a general question,

Then they said to him, “Who are you, so that we may give an answer to those who sent us? What do you say about yourself?” John 1:22 (NASB)

And John responds with a quote from Isaiah 40:1-3,

He said, “I am A VOICE OF ONE CRYING IN THE WILDERNESS, ‘MAKE STRAIGHT THE WAY OF THE LORD,’ as Isaiah the prophet said.” John 1:23 (NASB)

Finally, John had clearly said that he was not Messiah, Elijah, or the Prophet. They had been waiting for this answer, and now they asked the key question, the one that they had been wanting to ask. But it was one of the leaders from the Pharisees who asked,

Now they had been sent from the Pharisees. They asked him, and said to him, “Why then are you baptizing, if you are not the Christ, nor Elijah, nor the Prophet?”  John 1:24-25 (NASB)

The Greek language says that they were being sent repeatedly. This was not the first time these religious leaders had come and asked John questions. Apparently, they knew that John would deny being the Messiah, Elijah, or the Prophet. The trap had been set and they asked their question.

The question they wanted to ask this time was, “Why are you baptizing?” That is, where are your credentials for preaching and baptizing? Where is your seminary degree? Where is your diploma and your training? John was not a Pharisee or a Sadducee. He was not one of them. He did not come through them.

The approach was simple. Since they could not stop him they decided to discredit him! This is an old tactic. If it is not possible to win on the issues, then slander the man or woman – discredit the individual and stop him/her that way. If you do not like him/her, then motivate others to destroy his ministry, remove his/her job, or change his/her vocation. If possible find some dirt or sin, and if necessary create something. If one presses hard enough, one can usually create a situation, even if it is not true. This is a common technique used in politics, and in our churches today. These religious leaders were attempting to do just that.

John ignores their question and warns them that they should not be worried about him because there is Someone greater.

John answered them saying, “I baptize in water, but among you stands One whom you do not know. It is He who comes after me, the thong of whose sandal I am not worthy to untie.” John 1:26-27 (NASB)

Was Jesus standing in their midst when John said, “. . . among you stands One whom you do not know”? It appears that Jesus was there. John was nothing to be worried about compared to Jesus. These religious leaders had no idea whom they were dealing with.

When the next day came, John the Baptist admitted to the crowd that he had not been recognizing Jesus as the Messiah.

The next day he saw Jesus coming to him and said, “Behold, the Lamb of God who takes away the sin of the world! This is He on behalf of whom I said, ‘After me comes a Man who has a higher rank than I, for He existed before me.’ I did not recognize Him, but so that He might be manifested to Israel, I came baptizing in water.”  John 1:29-31 (NASB)

John testified saying, “I have seen the Spirit descending as a dove out of heaven, and He remained upon Him. I did not recognize Him, but He who sent me to baptize in water said to me, ‘He upon whom you see the Spirit descending and remaining upon Him, this is the One who baptizes in the Holy Spirit.’ I myself have seen, and have testified that this is the Son of God.” John 1:32-34 (NASB)

Herod and many of the religious leaders did not believe in Jesus. When a person has jealousy and selfish ambition, there is disorder, and evil comes (James 3:16). Herod and the religious leaders revealed themselves. So they rejected John and set out on a slander campaign. When religion is cultural and social, people do not care about the truth and holiness. They may talk about it but their actions reveal who they are. They only want to suppress the “irritants.”

Many people defend themselves by rejecting criticism. Instead their response should be one of humility and self-introspection and asking, “Maybe the criticism is correct.” God was speaking to them through the man they were rejecting. The next time someone corrects you, stop and ask, “Is he/she correct?” Be humble! Maybe God is using them to speak to you.

John was sensitive to God. He wanted to know the truth. John the Baptist had been called of God to do something extraordinary. He was born into a family of priests and could have had a coveted ministry at the Temple. Yet, he rejected it because God wanted John to minister for Him. John did not initially believe in Jesus. God had to show John that Jesus was the One. John was a seeker looking for the One. John came looking for the promised One – the Messiah. He asked for objective proof and God gave it to him. John was not like his critics. He discovered that Jesus is our eternal God. Jesus is the One who died for our sins. That is fact!