Bind and Loose: When Two or Three Are Gathered

On November 2, 2006, Ted Haggard, pastor of New Life Church in Colorado Springs, Colorado resigned due to a hidden life of homosexuality after his church leadership confronted him. At the time he was the president of the National Association of Evangelicals. It was a sad and disappointing discovery for the members of his church and Christians nationwide as a nationally well-known Christian leader sinned and brought public disgrace upon our God. Some churches hide, make excuses or are indifferent to such situations. The apostle Paul warned that a little leaven (or yeast) leavens the whole lump of dough. Anyone who has made bread knows that leaven or yeast eventually permeates all of the dough in the process of making bread. A little leaven eventually creates a wonderful loaf of bread. Paul’s point was that a little sin will spread and permeate the church if nothing is done to stop it. That is why church discipline must be practiced – to stop sin from spreading throughout the church.

We discovered in our last study that church discipline (Matthew 18:15-17) has four steps: 1) the initial one-on-one attempt to rescue a sinning Christian, 2) including one or two others in a second attempt to rescue the unrepentant Christian, 3) informing the elders of the church about the unrepentant Christian, and 4) telling the congregation, if the individual is unrepentant. We also discovered that the entire process is an attempt to restore the Christian to holiness – a God honoring relationship. Matthew 7:3-5 and Galatians 6:1 provide guidelines for church discipline. The decision to proceed to the last step is the decision of the leadership or the elders of the church. Hopefully, they are not in a rush to take the last step, but will counsel the individual and give him/her time to repent. 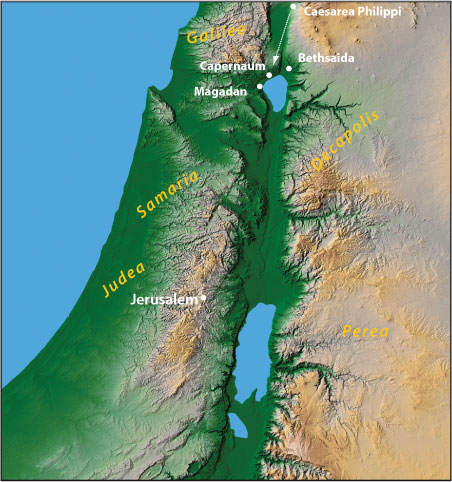 Acts 5:1-3 should be a comfort to church leaders who faithfully practice church discipline. The Holy Spirit tells us that a couple named Ananias and Sapphira claimed that they were giving all of the money they had received from a land sale to the church. But they lied and kept some of the money for themselves. They could have kept some of the money, but they lied claiming that they had given all of it to the church. As a result, they died for their sin. That was a strong discipline; but notice in verses 11-15 that the other Christians became fearful of sinning, and non-Christians held them in high respect. This amazing example of church discipline was performed by the apostle Peter all by himself since apparently the Holy Spirit revealed the sin directly to him. He was the first person to know about the sin, and he was also the leader of the church at that time.

Unfortunately, there are Christians who view church discipline as being unloving and unbiblical. It is common for church leaders to be criticized since that is Satan’s tactic. Satan is opposed to anything that is God’s will, and he is clearly opposed to Christians living holy lives. Over the years I have been involved in a number of church discipline situations ranging from youth pastors having sexual relations with boys and girls, a married associate pastor caught kissing his secretary, another pastor caught viewing pornography, to a senior pastor embezzling money and being a Diotrephes (3 John 9). Unfortunately, like other pastors, I have been criticized for carrying out church discipline – trying to rescue sinning Christians. Criticisms have ranged from being unloving, uncaring, lacking mercy and shouldn’t have given the names of the individuals to the church since the church could be sued. The potential for a lawsuit was viewed as being the decisive issue. The church that is more concerned about lawsuits than pleasing the Lord Jesus will not have the blessing of Christ. 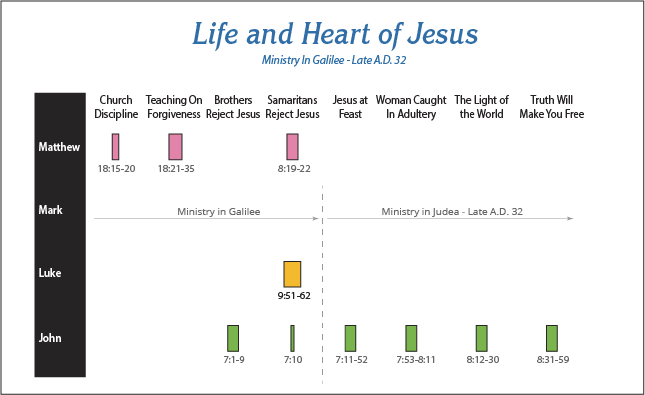 This statement is almost identical to the one in Matthew 16:19. In the Matthew 16:19 passage Jesus told Peter that He had given him the keys of heaven. Whatever he bound would be bound, and whatever he loosed would be loosed. The keys of heaven refers to the gospel – how one gains eternal life or salvation. Previously, Jesus had told Peter and his fellow disciples that salvation was by faith in Him (John 3:15-16, 23; 5:24; 6:40). In Luke 11:52 Jesus very clearly tells a religious leader that they had the key of knowledge, but they prevented others from knowing the truth. In Matthew 23:13 Jesus will reveal that the religious leaders prevented others from entering heaven. They had distorted the truth. But Peter and the disciples knew the truth. They had the key to entering into eternal life – they had the truth about salvation from Jesus’ own lips! That is, they had the keys to unlocking the door to heaven.

When Jesus said, “. . . whatever you bind on earth shall have been bound in heaven; and whatever you loose on earth shall have been loosed in heaven” he was simply saying that heaven supported the biblical authoritative statements of Peter and the disciples. Some take this statement to mean that Peter had authority to lead the church and consequently was in control. But that is not what Jesus was saying. The 1906 Jewish Encyclopedia helps us understand the meaning of the phrase “binding and loosing.”

The power of binding and loosing was always claimed by the Pharisees . . . This power and authority, [was] vested in the rabbinical body of each age or in the Sanhedrin . . . received its ratification and final sanction from the celestial court of justice.[1]

The religious leaders used the phrase to mean when they made decisions consistent with the teachings of scripture, heaven supported their decision. It is amazing that Jesus adopts their statement in Matthew 18:18 (affirming the accuracy of the religious leaders’ statement) in order to teach the disciples that heaven will support whatever decision the disciples make regarding church discipline. Now that reveals that God supports the concept of church discipline when it is practiced as Jesus taught us.

When Jesus said that “whatever you bind on earth shall have been bound in heaven; and whatever you loose on earth shall have been loosed in heaven” in Matthew 18:18, He used an important Greek verb tense for “bound” and “loosed.” Both verbs are perfect participles. That is, heaven has already – before the leaders made their decision – agreed to support their decision because it is God’s will that they seek to rescue a sinning Christian. Further, the two words “you” are in the plural clearly referring to everyone who was involved in the church discipline process, especially the church leaders who made the final decision.

Two Or Three Agree Gathered Together

Then Jesus made a comment that has been widely misunderstood and distorted.

Again I say to you, that if two of you agree on earth about anything that they may ask, it shall be done for them by My Father who is in heaven. For where two or three have gathered together in My name, I am there in their midst.  Matthew 18:19-20 (NASB)

You may have heard someone say that where two or three are gathered to pray in Jesus name that God is there and will hear their prayers. But that is not the meaning of this verse. The verse is not about prayer meetings or a couple praying together after dinner or before going to bed. I can remember on several occasions when an individual claimed that it was okay if only two or three people showed up for a prayer meeting since God promised that He would be there and grant their request. That sounds biblical and nice, but it is sloppy hermeneutics – interpretation of scripture.

Have you ever wondered how to understand the following passages?

“And all things you ask in prayer, believing, you will receive.” Matthew 21:22 (NASB)

Therefore I say to you, all things for which you pray and ask, believe that you have received them, and they will be granted you. Mark 11:24 (NASB)

If you abide in Me, and My words abide in you, ask whatever you wish, and it will be done for you. John 15:7 (NASB)

You did not choose Me but I chose you, and appointed you that you would go and bear fruit, and that your fruit would remain, so that whatever you ask of the Father in My name He may give to you. John 15:16 (NASB)

. . . and whatever we ask we receive from Him, because we keep His commandments and do the things that are pleasing in His sight. 1 John 3:22 (NASB)

In each passage we are told that God will grant our request but there is a condition with each one. Since scripture is inerrant or without errors, then we know that each scriptural passage provides a more complete understanding of a given truth. Consequently when we examine all of these passages together, we understand that God grants our prayers when we pray in faith and according to His will or His name. This is the same message of Matthew 18:19-20.

Church discipline reveals the heart of our holy God. He wants us to be like Him.

As obedient children, do not be conformed to the former lusts which were yours in your ignorance, but like the Holy One who called you, be holy yourselves also in all your behavior; because it is written, “YOU SHALL BE HOLY, FOR I AM HOLY.” 1 Peter 1:14 (NASB)

There is not even a trace of sin (James 1:17). Sometimes individuals talk about white and black sins. There is no such thing as a white sin. All sins are sins and God does not commit any type of sin. He wants us to be like Him. But isn’t it wonderful that our God is also a just and compassionate God? He wants church discipline to be performed justly and compassionately because that is His character too! Our God is not out of balance. We have a wonderful God. Praise Him for His lovely character.

1. www.jewishencyclopedia.com/articles/3307-binding-and-loosing – “The power of binding and loosing was always claimed by the Pharisees. Under Queen Alexandra, the Pharisees, says Josephus (“B J.” i, 5, § 2), “became the administrators of all public affairs so as to be empowered to banish and readmit whom they pleased, as well as to loose and to bind.” This does not mean that, as the learned men, they merely decided what, according to the Law, was forbidden or allowed, but that they possessed and exercised the power of tying or untying a thing by the spell of their divine authority, just as they could, by the power vested in them, pronounce and revoke an anathema upon a person. The various schools had the power “to bind and to loose”; that is, to forbid and to permit (Hag. 3b); and they could bind any day by declaring it a fast-day (Meg. Ta’an. xxii.; Ta’an. 12a; Yer. Ned. i. 36c, d). This power and authority, vested in the rabbinical body of each age or in the Sanhedrin (see Authority), received its ratification and final sanction from the celestial court of justice (Sifra, Emor, ix.; Mak. 23b).”