What does the Bible say about marrying your first cousin?

I am married to a first cousin and a couple of Christian friends told her that this is not allowed in the Bible, and that our child will not be born without abnormalities. What does the Bible say?

What does the Bible say about marrying your first cousin? That is a very common question that is asked,   The best list of marriages that are prohibited by God can be found in the book of Leviticus. The passage is Leviticus 18:6-17. The list describes what God considers to be incest. The opening verse is,

None of you shall approach any blood relative of his to uncover nakedness; I am the LORD. Leviticus 18:6 (NASB)

The literal Hebrew translation of this passage is as follows:

Any man to all blood relative not come near to uncover nakedness, I am the Lord.

The blood relatives are defined in Leviticus 21:2-3. The passage speaks from a male perspective and includes mother, father, sons, daughters, brother, and one’s virgin sister. The reverse would be true for a woman. The expression “To come near” has the idea of approaching a person for the purpose of sexual relations. The Hebrew words for “uncover nakedness” imply sexual relations. Ezekiel 16:36 makes this clear. Here is the list from Leviticus. The New Living Translation has captured the meaning very accurately,

You must never have sexual relations with a close relative, for I am the Lord. Leviticus 18:6 (NLT)

Therefore, Leviticus 18:6 prohibits all sexual relations, including those listed above, and the ones listed in verses 7-17. The table below provides a complete list. Note: the prohibitions are addressed to men. The reverse applies to women.

This is a complete list of the marriages that God forbids. This list includes those found in Leviticus 20:11-21; Deuteronomy 22:30; Deuteronomy 27:20-23; and 1 Corinthians 5:1. But marriage with a first cousin is not prohibited. It should be noted that God does not prohibit marriage with a brother’s wife in the case of a Leverite marriage (Deuteronomy 25:10). Before God established these laws, marriage between brothers and sisters was allowed. For example, Abraham married his half-sister (Genesis 20:12). 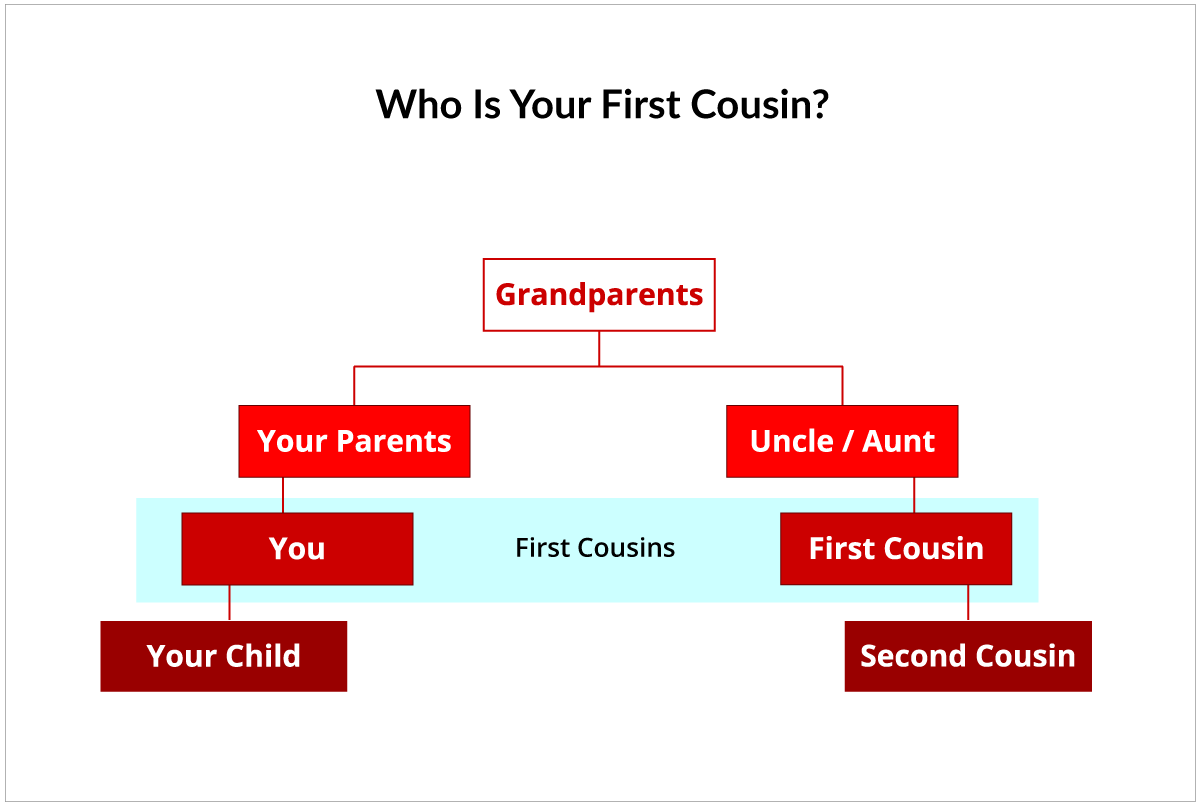 Scripture does not prohibit marriage between first cousins. Yet, there are several things to consider. First, it would be a serious error to say more than what Scripture has said or to add to Scripture.

Second, we are assuming that when you married in the United States, you did not violate any of the laws in the state in which you were married. If you are not sure, we would encourage you to check with a lawyer in that state. Here is a general summary of United States law regarding marriage from “LawQA by Total Attorneys.” It is important to remember that the laws vary from one state to another.

Depending on the laws of the state or jurisdiction where this marriage will take place, marriage between two first cousins may be valid or invalid based on whether you and your first cousins are within or outside the acceptable degrees of consanguinity or affinity. Your marriage may not only be invalid, it may even be against the law. Before signing on the dotted line with your cousin, speak to an experienced family law attorney in your proposed state of marriage.[1]

The following is a summary of states in which first cousin marriages are allowed and not allowed, with some restrictions. They are provided as a courtesy. Please note that the original lists are summarized from Wikipedia.org and TheSpruce.com.[2, 3]

This summary says that your marriage may not be valid or recognized if your state has laws prohibiting first-cousins from marrying.