The inclusion of women as spiritual elders, pastors, priests, and bishops in churches and denominations that claim to follow Jesus Christ continues to increase. The Washington Post reported June 19, 2006 that, “The Episcopal Church chose Nevada Bishop Katharine Jefferts Schori as its leader yesterday, making her the first woman to head any denomination in the Anglican Communion worldwide.” The BBC reported that “The bishops voted 95-93 to back Bishop Jefferts Schori after a number of ballots, AP news agency reported.” In short, the Episcopal Church USA elected its first woman leader at the national level. She is reported to be a supporter of gay bishops and gay unions, as well as a supporter of women as elders, priests, and bishops. 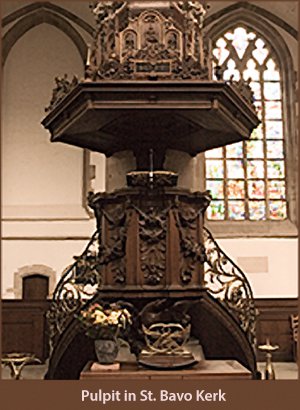 The seed of this decision started thirty years ago when eleven women were ordained in an USA Episcopal Church in Philadelphia before the church laws were changed. Since then the seed has sprouted, the trunk has formed, and the tree continues to grow. Other denominations have joined the movement. In 1989 there was a small forest of seedlings across the United States and around the world. In 1989, one could count eighty-four out of one hundred-sixty worldwide denominations that ordained women to full time ministry (National & International Religion Report, March 13, 1989). This suggests that the “forest” has continued to grow and is still growing thicker and more dense. On January 14, 2004 the Barna Group reported that “Overall, just 6% of all [USA] Protestant Senior Pastors are women” (www.barna.org). The numbers are only increasing as female enrollment in seminaries grows.

Currently, the Episcopal Church USA, Presbyterian Church USA, United Methodist, Assemblies of God, and the Lutheran Church of America among others all allow women to serve as elders, pastors, priests, and/or bishops. Their numbers for women clergy vary from 16% to 27%. Yet, there is not universal agreement within these denominations about this movement. For example, in reaction to the decision regarding Bishop Katharine Jefferts Schori, the Pittsburgh Bishop Robert Duncan said, “the church’s leaders are leading people astray.” He cautioned people not to forsake the Bible . . .” (USA Today, 19 June 2006). At the Southern Baptist Conference in 2003, Carolyn Hale Cubbedge stated, “No human authority or creed can remove women in ministry from their God-ordained roles as senior pastors.” Cubbedge was a senior pastor at Memorial Baptist Church in Savannah, Georgia. (www.bpnews.net).

The “forest” is growing and expanding centimeter-by-centimeter, meter-by-meter, and kilometer-by-kilometer. But why is it growing? The push for women to be spiritual elders, pastors, priests, and bishops is not supported by serious exposition of scripture. Yet, this change is occurring in churches which even recently rejected this trend.

It is interesting to note that according to a poll taken by the Barna Group, 53% of male pastors across the United States of America hold to a biblical worldview in contrast to only 15% of female pastors. Barna defines a biblical worldview as holding to the following six convictions: 1) the total accuracy of the Bible, 2) the sinless nature of Jesus, 3) the literal existence of Satan, 4) the omnipotence and omniscience of God, 5) salvation by grace alone, and 6) the personal responsibility to evangelize (www.barna.org). This implies that most women pastors reject the foundational teaching of the early apostles. Robert Duncan’s words are accurate. The accuracy and authority of God’s Word is being ignored and minimized in order to grow the forest, that is, to justify the ordination of women.

But what does God say about women pastors? The answer is found in 1 Timothy 2:11-12 which teaches that a woman is not to have authority over or to teach men.

A woman must quietly receive instruction with entire submissiveness. But I do not allow a woman to teach or exercise authority over a man, but to remain quiet. (NASB) 1 Tim. 2:11-12

1 Timothy 3:1-2 teaches that only men may be elders or pastors when it says that an elder must be the husband of one wife.

For a study into the meaning of these passages, you might want to read the study titled, “Role of Women in the Church.” These have been among the guiding passages on this subject since the time of Jesus and the apostles.

From the time of Christ, the church has consistently affirmed the role of women to include a broad variety of ministries, with the exception of pastor, elder and the public teacher of adult men. This position was held by the following notable theologians: Origen, Jerome, Chrysostom, Thomas Aquinas, Martin Luther, John Calvin, Wesley, Jonathan Edwards, Charles Hodge, to name but a few. There are also many well-known modern pastors who hold to the same position.

The historic position of the apostles, the early church fathers, and the biblical expositors who have followed over the last 2,000 years regarding the meaning of these passages, relative to the role of women, has been strongly challenged by the modern women’s liberation movement. This is not surprising.

The “forest” has been growing because the teaching of the Word of God is being ignored. In some cases the Bible is being reinterpreted so that it accommodates our cultural perspective. The Apostle Paul predicted that the future church would stray from biblical teaching.

. . . they will accumulate for themselves teachers in accordance to their own desires, and will turn away their ears from the truth and will turn aside to myths. (NASB) 2 Tim. 4:3-4

Paul’s expectation has been fulfilled many different times over the years since he wrote those words. The root issue is our “own desires” and the result is what we are observing.

Consequently, the change has been motivated by some women who are offended that they cannot be pastors. Some regard the issue as one of equality and others as bias. To submit is considered to be an acceptance of an inferior position. If submission is an act of inferiority, then Jesus was inferior since He submitted to the Father. It is not uncommon for a gifted woman to want a greater audience. To be denied the audience is offensive to some.

It is important to realize that God has established role differences among equals (men and women) both in the home and at church. Scripture is clear that women and men are both equal before God in salvation and in the gifts of ministry within the church. But there are God ordained role differences in the church, both in leadership and in the office of teaching and preaching. The very well known author Elisabeth Elliot summarizes it well with,

The modern cult of personality makes submission a degrading thing. We are told we cannot be “whole persons” if we submit. Obedience is thought of as restrictive and therefore bad. “Freedom” is defined as the absence of restraint, quite the opposite from the scriptural principle embodied in Jesus’ words, “If you continue in my words, then are ye my disciples, and ye shall know the truth, and the truth shall make you free.” Freedom in God’s view always lies on the far side of discipline, which means obedience . . . To attempt to apply democratic ideals to the kingdom of God, which is clearly hierarchical, can result only in a loss of power and ultimately in destruction. Christ Himself, the Servant and Son, accepted limitation and restriction. He subjected Himself. He learned obedience (Elliot, Elisabeth, “Why I Oppose the Ordination of Women,” Christianity Today 880 [1975]: p. 13).

When scripture has been consistently interpreted across 2,000 years of history, across many changes in culture, in various geographical areas, and by different races and denominations, its meaning is clear. So why do some want to change its meaning now? Could it be the influence of our modern day culture?

Some Christians are seeking modern day relevance by ignoring the teaching of scripture. The weight of our cultural perspective or bias has clouded our spiritual vision and our will to know what God has honestly said. Our interpretations can be limited by our own time, place, circumstances, and cultural perspective; but the historic interpretations give us the wisdom of centuries of biblical interpretation. To submit to scripture is to submit to God! Are we serious about submitting to God?

God has ordained different functions for men and women. When we “operate” according to His plan, we are most at peace in our interpersonal relationships here on earth. We are also at peace with God.

Women are free to serve God in any capacity except as a teacher over men, and as an elder, pastor, priest, or bishop. The Holy Spirit tells us that males, as the elders of the church, are the ones who are to have the oversight (1 Tim. 3:2; 5:17) and the ones who should function as pastors, priests, and bishops.