Leaders of A Nation: Scandal & Outrage

On September 29, we were reminded once again that many of our leaders throughout the world are living for themselves and not for God. On that day a member of the United States’ House of Representatives, Mark Foley, resigned from his office as a series of electronic messages between him and some young male congressional pages became public. It was also revealed that the former Rep. Mark Foley was a homosexual. In response, voices of outrage were immediately heard across the nation as some were genuinely disturbed and many self-serving politicians attempted to exploit the situation for political advantage. It is amazing how many politicians can act like saints when others are caught doing wrong. Their words of condemnation were flowing like a river even before the facts were fully known. 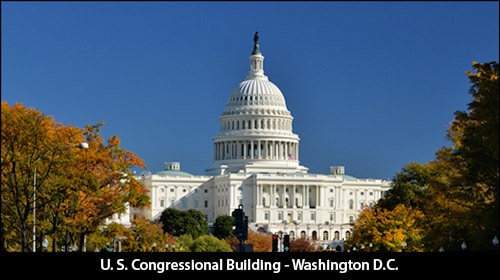 Why Are We Surprised?

But why is any nation or group of people surprised and outraged at the conduct of their leaders? Few realize that God has granted us the freedom to have the type of government that our founding fathers wanted and selected. The Bible also teaches that God is ultimately in control of our governments, organizations, and leaders. Yet, He has allowed us to have what we desired. This truth was illustrated by the Israelites who told the prophet Samuel that they did not want God’s prophets or judges to rule their nation any longer. Instead they wanted a king like all of the other nations. Why did they reject God’s form of government? The answer is the same answer that explains our problems today. Judges 17:6 reveals that the answer is found in the hearts of men and women.

The prophet Samuel responded by telling God that they wanted a king. Apparently Samuel felt rejected by the people. This would have been a natural human response since he was one of the prophets. So God provided His prophet direction and encouraged him.

But the thing was displeasing in the sight of Samuel when they said, “Give us a king to judge us.” And Samuel prayed to the LORD. The LORD said to Samuel, “Listen to the voice of the people in regard to all that they say to you, for they have not rejected you, but they have rejected Me from being king over them. (NASB) 1 Sam. 8:6-7

God understood that the people had not rejected Samuel but God Himself. The people did not want to follow God. Their loved their own moral values. Their family values or national values were not God’s values. They did what was right in their own eyes just as people do today.

Then you will cry out in that day because of your king whom you have chosen for yourselves, but the LORD will not answer you in that day. (NASB) 1 Sam. 8:18

In the years that followed, scandal occurred with almost every king. Scandal occurred with the first king, Saul, when he lied to God. Consequently he was rejected as king (1 Sam. 15:7-23). Then David was selected to succeed Saul. But scandal followed King David who murdered a women’s husband, Uriah, in an attempt to hide his sin of adultery with Bathsheba, the murdered man’s wife (2 Sam. 11). King Solomon, David’s son and successor to the throne, created a scandal when he turned away from God in his old age. This occurred because he had married foreign women who did not follow after the true God (1 Kings 11:1-8). Solomon did this in violation of scripture.

Scandals continued to occur in both the northern (Israel) and southern (Judea) kingdoms for hundreds of years, except for a few kings. Scandal occurred during the reign of the conquering King Nebuchadnezzar, who deported many Jews to the land of Babylon, and scandals occurred with every foreign king that followed.

During the life of Jesus Christ, King Herod caused a scandal by arresting and murdering John the Baptist because John had rebuked him for another scandal. He had committed incest and adultery by marrying his brother’s wife (Mark 6:14-29). Among the Romans, scandals were common as history records. Scandals have occurred down through time in both the church and civil government. They are not limited to sex. They can include: bribery, abusive power, greed, lies, and murder.

God has always given men and women great freedom to have things that they desire (James 4:3). That is why He granted the request of the Israelites for a different type of government. In democratic governments the abuses and scandals that occur are partly self-inflicted because we use the wrong criteria for selecting our leaders.

Every person is to be in subjection to the governing authorities. For there is no authority except from God, and those which exist are established by God. Therefore whoever resists authority has opposed the ordinance of God; and they who have opposed will receive condemnation upon themselves. (NASB) Rom. 13:1-2

Submit yourselves for the Lord’s sake to every human institution, whether to a king as the one in authority, or to governors as sent by him for the punishment of evildoers and the praise of those who do right. For such is the will of God that by doing right you may silence the ignorance of foolish men. (NASB) 1 Pet. 2:13-15

Submission to any government controlled by non-Christians has a serious problem. Those leaders want every Christian to be morally like themselves. The article “Intolerance At Kingston High School” is just one more example of this truth. This is illustrated for us in the book of Romans after the Apostle Paul listed a number of sins that those who reject God commit. He made this comment,

We should not be surprised that those leaders who reject God want us to engage and enjoy their sins – to follow their morality. That is why they enjoy scandal in the church. They are doing what is right in their own eyes.

So how should we respond to the leaders of our nations? God has provided the answer in the following verse,

When scandal occurs, what words flow from your mouth? Are you critical? Do you speak evil of the guilty? How can we honor a leader? The Apostle Paul tells us when he wrote these words,

And Paul said, “I was not aware, brethren, that he was high priest; for it is written, “YOU SHALL NOT SPEAK EVIL OF A RULER OF YOUR PEOPLE.” (NASB) Acts 23:5

This is a quote from Exodus 22:28. It is a principle that has been in effect for many thousands of years. God’s principle is that we are not to speak evil of our leaders. This includes the leaders in our churches. God expects us to evaluate their lives (1 Tim. 3:1-13), but we are to avoid evil-speaking.

Yet, many speak evil of their leaders. Instead God has asked us to pray for them that the followers of Jesus may lead a peaceful and tranquil life,

First of all, then, I urge that entreaties and prayers, petitions and thanksgivings, be made on behalf of all men, for kings and all who are in authority, so that we may lead a tranquil and quiet life in all godliness and dignity. (NASB) 1 Tim. 2:1-2

The prayers from our lips will accomplish much more than evil from our lips. James 5:16 reminds us that the prayer of a righteous accomplishes much. Praying for our leaders pleases God.

This is good and acceptable in the sight of God our Savior, who desires all men to be saved and to come to the knowledge of the truth. (NASB) 1 Tim. 2:1-2

We also need to pray that our leaders will believe in Jesus Christ and desire that God change their lives.

How can you respond if you live in a democratic nation? First, submit to your national government and pray for your leaders. Both of these actions please God. Second, do not speak evil about your leaders (Acts 23:5). Third, honor your leaders (1 Pet. 2:17). Fourth, vote for leaders who follow Jesus Christ. Jesus warned us that those who reject Him will hate us. Eventually, non-Christian leaders will turn against us. This has been occurring in many nations around the world and continues. Jesus warned us that this would occur with anyone,

Fifth, vote for leaders who believe and are committed to God’s holy standards. This is the ultimate solution to scandals and outrage. And remember to pray for them!