Forgiveness – Is It Missing?

Forgiveness is a major problem in our culture and even among those who call Jesus their Savior and Lord. I suspect that we probably offend others more often than we realize. Our world often tells us that we should never apologize for any of the offenses that we commit. Instead we should just treat those we have offended kindly or do something special the next time we meet them. Conversely, the world rarely challenges us to forgive those who offend us. Instead we are supposed to get even – make them hurt. It is called revenge. 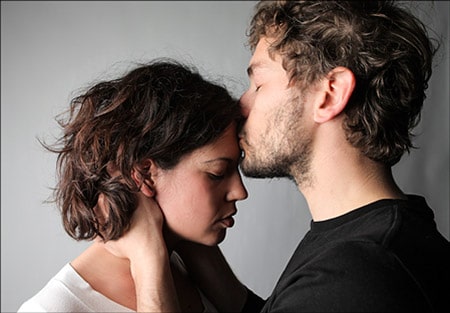 Forgiveness is a major problem for some followers of Jesus Christ. Over the years I have discovered that the central problem in most inter-personal relationships is the absence of forgiveness. A wife or a husband can recall the countless ways they have been offended. Either one might claim that they have forgiven the other, but just listen to their words and observe their actions. They continue remembering and reliving the hurts and getting more depressed the more they recite the offenses. Unfortunately, peace and harmony cannot be found until the unforgiving forgives. Billy Graham has stated that he believes a major portion of patients in hospitals would be made well if they would just forgive[1]. It has been stated that those who say they will forgive but really can’t are simply burying the hatchet, leaving the handle out for immediate use.[2]

Lack of forgiveness is sometimes justified by the offended one by the fact that what occurred to them was truly wrong. It was a sin. Sometimes it is a serious sin – murder, robbery, rape, adultery, incest, an insult, an embarrassment or some horrible display of anger. However, such justification is not biblical and is not a just course of action. It is a self-centered response and an offense before God. Augustine captured what happens to the unforgiving,

If you are suffering from a bad man’s injustice, forgive him lest there be two bad men.[3]

If your brother sins, go and show him his fault in private; if he listens to you, you have won your brother. Matt 18:15 NASB

If we desire to obey the Lord’s command, then does this verse mean that we should rebuke every person who offends us or just the ones who really offend us? It seems unlikely that is the meaning that Jesus intended to communicate. since Paul under the inspiration of the Holy Spirit states in Galatians 6:1 that the spiritual should be the one speaking to the offender.

Brethren, even if anyone is caught in any trespass, you who are spiritual, restore such a one in a spirit of gentleness; each one looking to yourself, so that you too will not be tempted. Gal. 6;1 NASB

If we are honest, the offended frequently is hardly spiritual, hardly humble or truly gentle enough to qualify as the one to speak with one caught in sin since they are the one who is still struggling with the person they will be confronting. There is a time and place for church discipline when there is an ongoing pattern of sin. Church discipline is inappropriate for single, one time offenses.

When Jesus told the disciples to go to a brother in private and urge him to stop sinning, the goal was restoration by spiritual individuals who lovingly want to restore him or her. In the Sermon on the Mount Jesus challenges us to love (includes forgiving) our enemies. Real forgiveness is the cessation of hostilities against another. Here is a story told about Napoleon.

Napoleon’s triumphant attitude toward his enemies had softened by the time his French forces defeated the Russians at the battlefield of Borodino. Losses on both sides were heavy. As Napoleon walked the battlefield the next day, taking a count of the dead, he heard a cry of pain from a fallen soldier and ordered a stretcher. One of his aides pointed out that the wounded man was a Russian, but Napoleon retorted, “After a victory there are no enemies, only men.”[4]

Real forgiveness is humbling. Do you remember what Jesus said to Peter immediately after his comments about church discipline in Matthew 18:15-20? Peter asked how often he should forgive another,

Then Peter came and said to Him, “Lord, how often shall my brother sin against me and I forgive him? Up to seven times?” Jesus said to him, “I do not say to you, up to seven times, but up to seventy times seven.”Matt. 18:21-22 NASB

Did you notice that Jesus did not encourage Peter to go confront someone but instead to forgive and if necessary to forgive 490 times? I imagine that if someone offended me 100 times, I would be seriously offended and also be tired of forgiving. To forgive 490 times would be an act of humility on my own. Forgiveness fulfills Philippians 2:3-4.

Do nothing from selfishness or empty conceit, but with humility of mind let each of you regard one another as more important than himself; do not merely look out for your own personal interests, but also for the interests of others.”Phil. 2:3-4 NASB

The Holy Spirit calls us to tenderly forgive those who have offended us.

Be kind to one another, tender-hearted, forgiving each other, just as God in Christ also has forgiven you. Eph. 4;32 NASB

If we have trouble forgiving another person, it means we have a pride problem. Forgiveness is an act of obedience to God, and it is also an act of humility. Proud people do not and will not forgive. Forgiveness is an act of humility that brings inner peace for the one who forgives and, Lord willing, opens a door for ministry to the offender. But the greatest reason to forgive is to imitate the Lord Jesus and thereby glorify Him. The goal of the Christian’s walk is to become like Jesus.

If you are struggling with forgiving someone, start by confessing your pride and lack of forgiveness as a sin. Al;so, ask the Holy Spirit to change your heart and to reveal any other sins. Spend time a lot of time reading the Bible and praying for the Lord to bless others, including the offender. Thank God for forgiving you.

There is one important truth that we have not mentioned yet. Being able to forgive others begins when we first believe and openly admit that Jesus Christ is God, died for our sins, and returned to life. We must believe that we are sinners and ask Him to forgive our sins. There is nothing that we can do to earn His forgiveness, except to ask Him to forgive us.

True forgiveness starts with God and ends with us forgiving those who offend us. May God bless you.

Forgivenss – Is It Missing? (PDF)