The 2008 presidential election is over. Barack Hussein Obama will be the forty-fourth president of the United States of America in January 2009. Tuesday evening, Nov. 4, 2008, millions of Americans celebrated his victory along with millions around the globe. The international community has rejoiced in the potential of improved relations with America. For example, in a recent article published by the Washington Post, we discover that many United Nations personnel supported Barack Obama. Here is one illustrative comment,

“I have not heard a single person who will support McCain; if they do, they are in hiding,” said another U.N. Obama booster from an African country . . . For the small minority of U.N. officials who have stuck with McCain — only two of 28 U.N. officials and diplomats questioned said they favored the Arizona senator.[1] 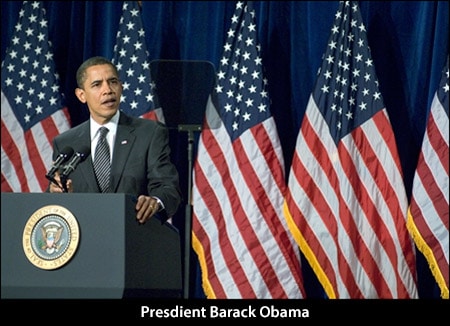 The Associated Press captured the enthusiasm with this headline,

But everyone in the international community is not happy. The following morning the Israeli newspaper Haaretz revealed that everyone was not rejoicing,

No declaration of support and no promising statements can diminish the fear many Israelis have of U.S. president – elect Barack Obama. An elderly woman of Iraqi descent tells her daughter: “I saw them dancing. They’re like the Arabs.” The daughter replies: “I know – he’ll support the Palestinians. This is the end of us. He will take away our military foreign aid grants,” another man states. These recent responses to Barack Obama’s election are typical of many Israelis.[3]

Many in the U.S. who supported John Sidney McCain for president were disappointed and some are angry over the election results. Proverbs 13:12 captures the reaction accurately,

Hope deferred makes the heart sick,
But desire fulfilled is a tree of life. (NAS95S) Prov. 13:12

For some, the hope of a John McCain win has been crushed, and hearts are sick. For others, their desire has been realized, and there is joy and vitality.

Why Did Obama Win?

Why did President-elect Barack Obama win? Did he win because of his slogan, “I will change the world”? His promise has caught the attention of citizens in the U.S. and in the international community, A Yahoo UK-Ireland headline echoes this fact,

Barack Obama has promised to “change the world” if he is elected US President.[4]

Did he win because of his eloquence, experience, education, enthusiasm, effort, or all of the above? The answer is found in the Bible, God’s written Word. The prophetic book of Daniel records a statement that the prophet Daniel made to Nebuchadnezzar, the king of the Babylonian empire,

It is He who changes the times and the epochs;
He removes kings and establishes kings . . .
Daniel 2:21 (NASB)

God establishes and removes kings and presidents. Yes, we can vote, labor, work hard, and be enthusiastic about a man or a woman for president, but God ultimately puts His man or woman in control of a nation and peoples.

Both kings worshipped foreign gods or false gods. They did not worship the God of gods. Yet, God makes it clear that they were His tools. God established King Nebuchadnezzar and removed him when He chose to do so and then established King Cyrus.

So we should not be surprised that God calls us to submit to our leaders.

Every person is to be in subjection to the governing authorities. For there is no authority except from God, and those which exist are established by God. Therefore 1whoever resists authority has opposed the ordinance of God; and they who have opposed will receive condemnation upon themselves. For rulers are not a cause of fear for good behavior, but for evil. Do you want to have no fear of authority? Do what is good and you will have praise from the same; for it is a minister of God to you for good . . . Romans 13:1-4 (NASB)

We are to submit because He has placed our leaders over us. They are His ministers. Some leaders are more evil, and others are more righteous. But none of them are perfect. So God has called us to pray for them,

. . . I urge that entreaties and prayers, petitions and thanksgivings, be made on behalf of all men, for kings and all who are in authority, so that we may lead a tranquil and quiet life in all godliness and dignity. This is good and acceptable in the sight of God our Savior, who desires all men to be saved and to come to the knowledge of the truth . . . 1 Timothy 2:1-4 (NASB)

God wants us to pray for them so that no matter who the leaders of the nation are, we can continue to worship God in freedom and without fear, and be able to preach the gospel to all men and women so that they can be saved. However, there is one exception. When the national leadership tells the followers of Jesus to violate God’s commands, we are to obey God rather men. That is the message of Acts 4:13-20. God is supreme in our world.

We do not honor God when we harbor a critical spirit towards them. That is not honoring God nor the king. Also, we do not honor God or our president by saying that God “simply allowed” a man to become the leader of the nation. Instead, we need to recognize that it was God’s will that he become the president. Instead of criticizing leaders, we need to pray for them. That pleases God. They are His ministers – no matter who they are. However, this does not mean that everything they do honors God. King Nebuchadnezzar and King Cyrus did not always honor God. Just read the book of Daniel. Consequently, on occasions we can and must disagree. But we must never dishonor them. Our attitudes and mouths should always show respect.

The selection of a candidate for the highest office in a nation needs to be based on God-honoring spiritual principles and not centered on political and cultural issues. This year I have seen some followers of God become very excited and enthusiastic during the political campaign. Some have campaigned for candidates, contributed money, and spent hours reading websites, newspapers, and watching the television as they tracked the progress of the election. I believe God would desire that we were equally excited and motivated about discovering Him in the pages of scripture, pursuing holiness, praying to Him, being filled with the Holy Spirit, and giving to our church. I wonder if God would wish that we would become equally discouraged, maybe angry, and/or disappointed with ourselves when we sin, compromise on biblical truth, act selfishly, and treat others unloving? What do you think?