Darkness in The Golden Compass

The Golden Compass is a highly touted fantasy movie that sells atheism with a target audience of children. It was scheduled to be released December 7, 2007. Its release came in time for children to see the movie and if they responded positively to the movie, they would then want the trilogy, or series of three books, upon which the movie is based. 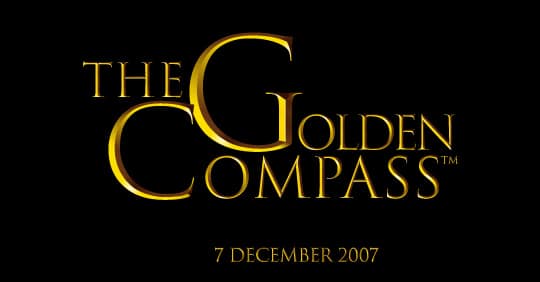 British author, Philip Pullman, has written the trilogy called His Dark Materials. The first volume is The Golden Compass, also known as Northern Lights in the United Kingdom. The other two titles are The Subtle Knife and The Amber Spyglass. More than 15 million copies have been sold worldwide. The Golden Compass won the “Carnegie Medal for Children’s Literature” in 1995 and in 2007 the “Carnegie of Carnegies” for the best children’s book of the past 70 years! The final book of the series was awarded the Whitbread Prize in 2001, the first time a children’s book has done so.

The question for Christians is “Should I read these books and see this movie? With such acclaim, how can I not read them?” First, let’s remember a guiding principle from Philippians.

This should guide us in our decisions related to all media.

Who is the Author?

He has described himself as an atheist. He is a member of the British Humanist Association that has as a goal the suppression of religion in law, education, and broadcasting. He is an Associate of the National Secular Society. This group desires to see the disestablishment of the Church of England, the withdrawal of state subsidies to religious schools, the end of tax exemptions for churches, and the end of public funding for chaplains in prisons, hospitals and the military.

What does he believe and teach? In an interview in 2003 with the Sydney Morning Herald, he stated, “My books are about killing God.” Bill Donohue of The Catholic League has warned in a pamphlet titled The Golden Compass Unmasked that Pullman “sells atheism for kids.” In an interview with John Gibson October 9, 2007, Donahue warns that the movie is bait to get children interested in the trilogy, His Dark Materials.

What would children read in the books? They would be taught that every church has the same purpose: control, destroy, and obliterate every good feeling. They would be taught that the Judeo Christian God is a liar, despot, and fake who wants to make everyone miserable. At different times, God is defined as the Creator, the Lord, Yahweh, El, Adonai, the King, and the Father Almighty. God is blamed for everything that is wrong. People of faith are unable to think for themselves, and church leaders are all power hungry.

In the books and the movie the health of the world is dependent upon people gaining natural wisdom that is portrayed as the opposite of the knowledge of God. But the Bible teaches that,

In Pullman’s books the good guys are those who set out to overthrow and destroy God. So the hero and heroine become involved with just that goal. Pullman also writes about the moral relativism of infanticide or killing of children and the acceptability of homosexuality. He explores the demon world in that he teaches about our “spirit beings or guides” enabling us to do magical things. At the movie’s website we are told that anyone who does not have a daemon is “horribly mutilated.” Then we are told that in this world that daemons’ are invisible and that we can have a daemon avatar. The word “daemon” is an English variant of “demon.” The magisterium or teaching function of the church is viewed as evil. The hero and heroine are in a fight for freedom. According to the author, man’s purpose is to do whatever he or she thinks is best. In the end God, who is depicted as senile, is destroyed with the help of the children.

The hero and heroine upon reaching adolescence fall in love and explore extra-marital sexual intimacy. Their learning to express themselves sexually without any constraints ends the decay in the world. With God dead, they are free to do whatever they want. Pullman misquotes and twists scripture and his attacks on religion are against the Jewish and Christian faiths. Pullman celebrates individualism and total freedom of sexual expression. This gifted author draws in the reader by a well-written and enticing story. The promising and enchanting beginning ends in depression and darkness.

Do your own online research before thinking of seeing this film or reading these books. Avoid giving this author your funds. By seeing the movie or buying his books you encourage him to produce more. Teach your children the discernment encouraged by Philippians 4:8 (see passage above). Remember the warning of scripture that anyone who denies God is a fool.

The fool has said in his heart, “There is no God.” They are corrupt, they have committed abominable deeds; there is no one who does well. (NASB) Psalm 14:1

Philip Pullman believes that God does not exist. Consequently, his atheistic faith is reflected in his writings and in the movie. According to 1 John 4:1-3, the author’s books and movie have been influenced by evil spirits since he denies that Jesus Christ was God in the flesh. This movie is part of Satan’s attack on Christians and upon God Himself. It is not just a fantasy movie. It is demonic. This is a difficult statement for some to accept. It is important to remember that Ephesians 6:12 tells us that our struggle is with the demonic realm and not with people. They are simply being manipulated. Yet, our children need to be reminded that God has warned us to have nothing to do with the occult and those who actively work to discourage others from believing in Jesus Christ. According to 2 John 7-10 we are not to greet such persons or allow them into our homes. That is, we should have nothing to do with those who are false teachers or actively work against Jesus Christ. Otherwise, we have participated in their evil deeds. For those who strongly desire to see this movie, remember that Jesus warned us to seek God’s kingdom first and nothing else.

But seek first His kingdom and His righteousness, and all these things will be added to you.”(NASB) Matt. 6:33

Darkness in The Golden Compass (PDF)