Christians: Are They Wrong About Christ?

Are you a thoughtless, uneducated and easy to control Christian? If you are a Christian, there are some who think that you just need to leave your church and read a good book by an atheist to have your thinking corrected. In 1993, the nationally known Washington Post writer Michael Weisskopf expressed the opinion that evangelical Christians were “largely poor, uneducated, and easy to command . . .”[1] Unfortunately, he was not alone in his opinion. Yet his comment was like an exploding bomb. Even now one can surf the internet and find similar statements from others. One atheist’s web site blatantly calls Christians uneducated and idealists. Another claims that Christians are biased in their belief about God. 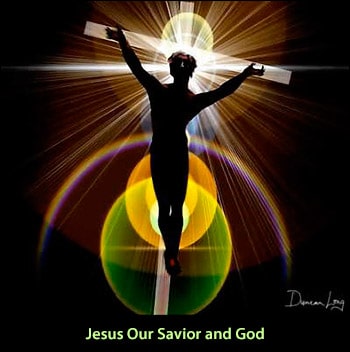 A recent article in the USA Today newspaper reported that there is a wave of new books which suggests that atheism is on the increase: Atheist Manifesto: The Case Against Christianity, Judaism, and Islam; The Quotable Atheist; Letter To A Christian Nation; God: The Failed Hypothesis; How Science Shows That God Does Not Exist; and The God Delusion, which is a New York Times best-seller.[2] These new books reflect a trend and the result of a growing rejection of the Christian faith.

Christians are told by unbelieving critics that science has proven that God does not exist, even while the critic ignores the fact that theories of science are constantly changing because they are in error. Recently the Hubble Telescope proved a major scientific theory to be wrong. After being launched into space, the satellite transmitted data down to earth that indicates the expansion of the universe is not slowing down as earlier suggested by the big bang theory. In fact, the expansion of the universe is increasing in speed.[3] One well-known scientist made this comment,

Few theoretical estimates in the history of physics made on the basis of what seemed reasonable assumptions have ever been so inaccurate. [4]

History has demonstrated that science is not perfect! It is an art form of trial and error whose formulas and hypotheses are dynamic. How then does one test for God? Do we need an armada of satellites to search for God? Should Christians change their beliefs to please their culture? Or, phrased another way, should Christians ignore the teachings of the Bible because others reject it? Should Christians reject its prophecies, the archaeological findings, the historical writings of secular and Jewish authors and the recorded statements of the Bible in the four gospels about Jesus?

How About These Tests

How many Christians and non-Christians know that the Jewish writings accused Jesus of performing miracles by sorcery or demonic powers,[5] stated that He was hanged or crucified on a cross,[6] that He died at the age of 33 or 34,[7] and claimed that His body was stolen from the grave and dragged through the streets of Jerusalem? [8]

The gospels directly and honestly state that Jesus was accused by the religious leaders of performing His miracles by the power of Satan (Matt. 12:22-32). The explanations and accusations of the leaders are not hidden from those who read the gospels. They are presented for everyone to read. The gospels are honest and forthcoming, recording historical accounts about Jesus Christ. The gospels also reveal that Jesus was about 33 or 34 years old when He died (Luke 3:23 plus three or four years for His ministry) and that the Jewish leaders claimed His body was stolen (Matt. 28:11-15). It is important to notice that the written records of the Jewish leaders admit that Jesus performed miracles and wonders, and that His body did not remain in the grave.

For this reason therefore the Jews were seeking all the more to kill Him, because He not only was breaking the Sabbath, but also was calling God His own Father, making Himself equal with God. (NASB) John 5:18

Here is the secular testimony of Pontius Pilate,

At His coming the lame shall leap as an hart, and the tongue of the stammerer shall be clear speaking: the blind shall see, and the lepers shall be cleansed; and the dead shall rise, and walk about. [9]

Some claim that a forged document bearing the name of Pontius Pilate was created in the third century. But the statement above was written in the first century and quoted by Justin Martyr (A.D. 100-165).

Flavius Josephus (A.D. 37-97) wrote that Jesus existed, was the Messiah or Christ, performed “surprising feats,” was a teacher of truth, died on a cross, and returned to life on the third day.[10] These are significant statements about Jesus.

Why do references to Jesus Christ in the Dead Sea scrolls support statements that can be found in the gospels? One Dead Sea scroll refers to Jesus as “the son of God” and the one who was “pierced” and “wounded.”[11] The negative accusations about Jesus can only be found in the Jewish records. Yet, those records are priceless because they admit that Jesus performed miracles and wonders and was not in the His grave three days after His death.

We should also remember that many Old Testament prophecies about Jesus came true. One amazing prophecy dating from 530 B.C. found in Daniel 9:25-26 specifies the exact year in which the Messiah would die. Jesus died in that week! A prophecy found in Isaiah, dating from 700 B.C., predicted that Jesus would perform miracles,

Then will the eyes of the blind be opened and ears of the deaf unstopped. Then will the lame leap like a deer, and the mute tongue shout for joy (NIV).” Isa. 35:5-6

How does one explain that the ancient critics, the impartial, and the early Christians all agreed that these things happened? These are signs from the hand of God.

Why are some eager to reject the testimony of Flavius Josephus and Pontius Pilate but are willing to accept the claims of the Jewish documents? They have missed the point that the authors of the Jewish documents actually admit that Jesus existed, did miracles, and that His death was unusual. They actually admit what Pontius Pilate and Flavius Josephus recorded.

Why do some reject the ancient prophecies about Jesus, yet ignore the fact that there is almost universal agreement among conservative and liberal scholars that the ancient prophecy of Isaiah was written around 700 B.C. Isaiah predicted that a forerunner, John the Baptist, would come first (Isa. 40:3), God would come and perform miracles (Isa. 35:4-6), and would die for our sins (Isa. 53). These are only a few of many prophecies from Isaiah.

Why do some reject the fact that Jesus claimed to be God but are willing to accept Him as a wise man and a great teacher? If Jesus was not God, then He was a liar or mentally unbalanced.

How many Christians and non-Christians know that the historical accounts of the gospels record that Jesus claimed to be God? Unfortunately, some religious leaders do not understand the plain and simple words of the gospels, or they want to change the meaning. For example, the founder of the Jesus Seminar, Robert Funk, rejects the concept that Jesus was God when he says,

Jesus himself is not the proper object of faith. This proposition, I realize is a radical departure from the views. Jesus called on his followers to trust the Father, to believe in God’s domain or reign. The proper object of faith inspired by Jesus is to trust what Jesus trusted . . . Jesus pointed to something he called God’s domain, something that he did not create, something that he did not control . . . Jesus himself should not be, must not be, the object of faith. That would be to repeat the idolatry of the first believers.[12]

Yet, the gospels record a different account. Listen to how the Jewish leaders answered Jesus on one occasion,

The Jews answered Him, “For a good work we do not stone You, but for blasphemy; and because You, being a man, make Yourself out to be God.” (NASB) John 10:33

The Jewish leaders understood that Jesus claimed to be God on several occasions (Luke 5:21; John 5:18).

In summary, the testimony from some secular writers and the Old Testament prophecies are positive but the ancient records of the Jewish leaders are negative. We should remember that Jewish records indirectly admit that Jesus performed miracles and returned to life. They rejected Jesus’ claims to be God and consequently invented an excuse for what they had witnessed.

Why are Christians accused of being biased and uneducated because they believe Jesus is God? The truth is that those who reject Jesus are like the religious leaders of Jesus’ day who found reasons to not believe in Him too! The truth is that objectivity reveals that Jesus was a historical person and the claims of the gospels are true. It is wonderful that so many understand that Jesus’ enemies knew that His life was unique, His ministry was extraordinary and His death and return to life was abnormal. It is wonderful that they understand that secular writers, the prophets of old, the Qumran writers and the gospels all remind us that the only explanation for Jesus is that He was God.

Christians: Are They Wrong? (PDF)