There is a growing trend among some who claim to be Christian leaders to ask the question, “Is Jesus the only way?” The question is not new. But it is being asked more and more. Recently leaders within the Presbyterian Church of the United States (PCUSA) stated during their national conference that Jesus was not the only avenue to salvation. One leader, Robert Rea said, “I don’t have the right to say that other people can’t find God another way.” With the increasing presence of non-Christian religions in the United States, U.S. Christians are increasingly coming under criticism for not accepting the views of other religions. Christians in the United States are being accused of bigotry. As a result of pressure and criticism, this church is considering abandoning the belief that Jesus is the only way to salvation. We must ask just as the Holy Spirit does in the book of Hebrews, “Are they really Christians?” 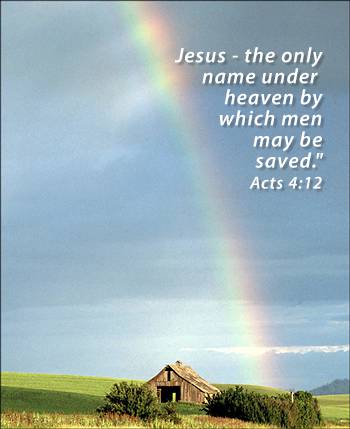 Jesus Is the Only Way

God has told us that Jesus is the only way to salvation.

And there is salvation in no one else; for there is no other name under heaven that has been given among men, by which we must be saved. Acts 4:12 (NASB)

Acts 24:14 reveals that the early Christians taught that Jesus was the Way.

But this I admit to you, that according to the Way which they call a sect I do serve the God of our fathers, believing everything that is in accordance with the Law, and that is written in the Prophets . . . Acts 24:14 (NASB)

He is the only God. There is no other god to turn to.

The book of Hebrews has focused on the fact that Judaism is not the Way. To reject Jesus is sin (Hebrews 3:16-4:1). The reason a person rejects Jesus is unbelief.

Take care, brethren, lest there should be in any one of you an evil, unbelieving heart, in falling away from the living God” Hebrews 3:12 (NASB)

The Holy Spirit has made it clear that Jesus is the only Way. Jesus’ death put an end to the Mosaic Law, tabernacle, sacrifices and priests. When Jesus died, His death provided complete, total, lasting, once-for-all forgiveness of sins for those who trust in Him. Only those who do not believe in Jesus go back to Judaism. Unbelief is sin and it leads to destruction, not salvation.

You Have A Choice

The Holy Spirit summarizes with a warning – once more.

For if we go on sinning willfully after receiving the knowledge of the truth, there no longer remains a sacrifice for sins . . . Hebrews 10:26 (NASB) 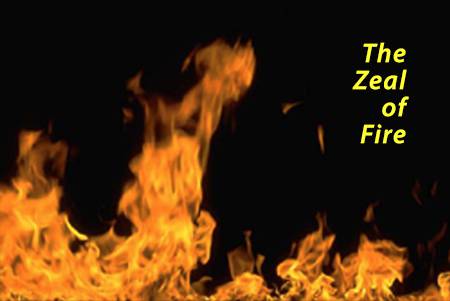 Those who do not believe that Jesus is the only way should be in fear . . .

. . . but a certain terrifying expectation of judgment, and THE FURY OF A FIRE WHICH WILL CONSUME THE ADVERSARIES. Anyone who has set aside the Law of Moses dies without mercy on the testimony of two or three witnesses. How much severer punishment do you think he will deserve who has trampled under foot the Son of God, and has regarded as unclean the blood of the covenant by which he was sanctified, and has insulted the Spirit of grace? For we know Him who said, “VENGEANCE IS MINE, I WILL REPAY.” And again, “THE LORD WILL JUDGE HIS PEOPLE.” It is a terrifying thing to fall into the hands of the living God. Hebrews 10:28-31 (NASB)

The PCUSA is wrong! Jesus is not one of the ways. He is the only way! All that is left is a zealous fire that is eager to consume ‘the adversaries.” The Greek word for adversaries has the idea of “those who are hostile.” That is a spiritual truth. Those who do not totally depend on Jesus are actually hostile. They do not believe God and have rejected what He has done! So should it be any surprise that . . .

He who believes in Him is not judged; he who does not believe has been judged already, because he has not believed in the name of the only begotten Son of God. John 3:18 (NASB)

God tells us that those who “set aside” the Law of Moses died without mercy. The meaning of the Greek word for “set-aside” is important to us because it means the individuals rejected “another person because they did not believe the person could be trusted.”

The emphasis is on trust. Therefore, a person who “tramples” (katapateo) which means “forcibly steps down or ” to ‘stomps on”) Jesus will die too! Such a person not only “steps on” Jesus, but has considered Jesus’ death to be meaningless, and has insulted the Holy Spirit.

Now we discover the reason they are struggling with Jesus.

But remember the former days, when, after being enlightened, you endured a great conflict of sufferings, partly, by being made a public spectacle through reproaches and tribulations, and partly by becoming sharers with those who were so treated. For you showed sympathy to the prisoners, and accepted joyfully the seizure of your property, knowing that you have for yourselves a better possession and an abiding one. Hebrews 10:32-34 (NASB)

They have been going through persecution. Shortly after they claimed to be Christians, they started suffering.

The Greek word for “public spectacle” has the idea of being “exposed in theater.” They were publicly embarrassed, insulted, and tortured (“tribulations”). They suffered together with other Christians and even had their property taken away. They had started off great. But the trials got to them. They started to doubt Jesus, if in fact they ever really completely trusted in Jesus. That is one purpose of trials. It reveals the truth about our faith! Some people only think they believe in Jesus. Listen to Paul the Apostle in 1 Corinthians.

But remember the former days, when, after being enlightened, you endured a great conflict of sufferings, partly, by being made a public spectacle through reproaches and tribulations, and partly by becoming sharers with those who were so treated. For you showed sympathy to the prisoners, and accepted joyfully the seizure of your property, knowing that you have for yourselves a better possession and an abiding one. Hebrews 10:32-34 (NASB)

It is possible to believe and yet not really believe. There is such a thing as vain belief. Do you really believe? Just because a person says he or she is a Christian does not mean he or she really is one! Just because a person starts off with Jesus” does not mean he or she has true faith. The trials of life can cause us to grow and they can reveal our true faith. The worst pitfall of a trial is that it causes us to struggle in our faith. The beauty of a trial is that it may reveal the truth about our faith! Trials are sweet and sour.

The trials these folks were experiencing had caused them to stop spiritually growing (Hebrews 5:11-14). They should have been teachers, but they were still baby Christians. They had ministered to other Christians (Hebrews 6:10), but many of them had stopped going to church regularly (Hebrews 10:24-25). They were not growing Christians. Their trials had caused them to stop growing. Why? Were they not real? Or, was their faith in Jesus being tested? These are the only two choices! So after having warned them, the Holy Spirit now encourages them.

Therefore, do not throw away your confidence, which has a great reward. For you have need of endurance, so that when you have done the will of God, you may receive what was promised. FOR YET IN A VERY LITTLE WHILE, HE WHO IS COMING WILL COME, AND WILL NOT DELAY. BUT MY RIGHTEOUS ONE SHALL LIVE BY FAITH; AND IF HE SHRINKS BACK, MY SOUL HAS NO PLEASURE IN HIM. But we are not of those who shrink back to destruction, but of those who have faith to the preserving of the soul. Hebrews 10:35-39 (NASB)

Trials are sweet and sour. They reveal the truth about our faith – real or vain! History tells us that the emperor Valens sent a messenger to Eusebius, an early church father, and threatened to take his possessions by force, to torture him, banish him and even kill him. Eusebius responded with, “One does not need to fear confiscation, who has nothing to lose, nor banishment, to who heaven is his country; nor torments, when his body can be destroyed at one blow; nor death, which is the only way to set him at liberty from sin and sorrow.” Eusebius’ could face future trials with victory in his heart because he had faith in his mind. He did not shrink back because he “knew he had made the right choice.” He was depending on Jesus. His unchanged faith in Jesus was the mark of true faith.

How is your faith? Is it real or empty? Do trials cause you to question God or what He has said in the Bible? Have you stopped going to church, stopped studying the Bible, quit praying, or are you faithfully believing Him?