God’s Desire for Us

At a school in Ireland, a clergyman is reported to have asked a group of children, “What is holiness?” A poor, dirty, ragged-clothed young Christian child jumped up and said, “Please, your Reverence, it is to be clean inside!” That is a wonderful definition, “To be clean inside” – morally clean. As we saw in our last study, the Israelites missed this point. Most of the kings of both Israel and Judah were doing evil before God. The prophets of God had warned them to stop, but they did not listen. So God brought the Assyrian and then the Babylonian Empires down to take Israel and Judah into captivity. The prophet Isaiah explains why this happened with, “For they have brought evil on themselves” Isaiah 3:9 (NASB). God wanted their holiness, but they had ignored Him.

At the opening of our last study in Daniel, we discovered that Nebuchadnezzar had besieged Jerusalem. What a way to start a book. What an incredible opening! The book opens with a military battle.

In the third year of the reign of Jehoiakim king of Judah, Nebuchadnezzar king of Babylon came to Jerusalem and besieged it. Daniel 1:1 (NASB)

This was judgment. God’s judgment came in 605 B.C. as illustrated in the chart entitled “Events of the Conquest” in the Appendix (also see an outline of Daniel in the Appendix). We are told that Nebuchadnezzar came to Jerusalem during the third year of Jehoiakim’s reign. But Jeremiah 46:2 says this occurred in the fourth year of Jehoiakim’s reign. The difference is that the Babylonians counted the first year as the ascension year and the next year as the first year of a king’s reign. This fact is found in the first and second chapters. In the first chapter, Daniel says that he was trained for three years (Daniel 1:5) before he entered the king’s service (Daniel 1:18). So the chapter marks the end of Daniel’s third year of captivity, but Daniel 2:1 says this is also the second year of Nebuchadnezzar’s reign. Nebuchadnezzar has been the ruler for three years: one ascension year plus two years as king. Daniel, the author, was trained to count the reign of a ruler as a Babylonian would. He counted Jehoiakim’s reign in the same way. 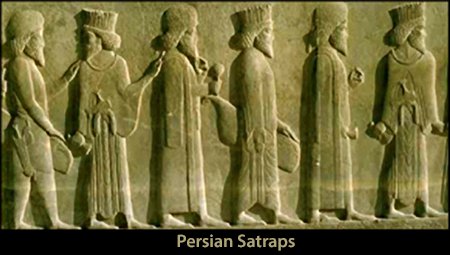 Nebuchadnezzar’s military victory was not something God happened to allow. God caused it to happen. He gave the kingdom of Judah to Nebuchadnezzar along with the vessels from His temple.

Nebuchadnezzar brought the vessels to the temple of his god in Shinar, the ancient name for Babylon. What an incredible set of events! God gave Jehoiakim to Nebuchadnezzar. God gave the vessels from the temple and He gave some Jews, His people, as captives. God did this! He gave the king, temple vessels, and people whom He loved to a man who did not believe in the true God, to a man who was named after and who served the god Nabu.

Then God called Nebuchadnezzar “My Servant” (Jeremiah 25:9). This is, humanly speaking, unbelievable. This account reminds us how much God hates our sin.

God then proceeds to tell us that He allowed Daniel to be educated in Babylon.

Then the king ordered Ashpenaz, the chief of his officials, to bring in some of the sons of Israel, including some of the royal family and of the nobles, youths in whom was no defect, who were good-looking, showing intelligence in every branch of wisdom, endowed with understanding, and discerning knowledge, and who had ability for serving in the king’s court; and he ordered him to teach them the literature and language of the Chaldeans. Daniel 1:3-4 (NASB)

Daniel was a youth. I wonder how he felt being taken away from his family, transported hundreds of miles, and then coming to a godless city of great beauty and wealth. This city was one of the seven wonders of the ancient world. I wonder how he felt? Was he afraid, lonely, uncertain or worried? Probably! But unknown to this young man, God had plans for him.

Daniel’s Babylonian guide was Ashpenaz. He was the chief of the eunuchs. Was Daniel made a eunuch? We do not know. This official was responsible for taking care of the education of Daniel and his friends. 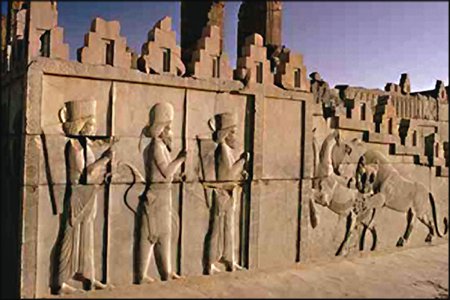 And the king appointed for them a daily ration from the king’s choice food and from the wine which he drank, and appointed that they should be educated three years, at the end of which they were to enter the king’s personal service. Now among them from the sons of Judah were Daniel, Hananiah, Mishael and Azariah. Then the commander of the officials assigned new names to them; and to Daniel he assigned the name Belteshazzar, to Hananiah Shadrach, to Mishael Meshach, and to Azariah Abed-nego. Daniel 1:5-7 (NASB)

He also changed Daniel’s name and the names of his friends: Hananiah, Mishael and Azariah. Their Hebrew names referred to Jehovah God, but their new names referred to Babylonian gods. But God did not intervene. What a lesson for Christians. All too often we want to create an environment that is “free” from non-Christian influence in the belief that this will make us better Christians or more holy. The truth is, victory in spiritual warfare makes us better Christians. God was preparing Daniel.

Many have wondered if Daniel ate the Babylonian food or food approved by the law given by Moses. Daniel objected to the food he was asked to eat.

But Daniel made up his mind that he would not defile himself with the king’s choice food or with the wine which he drank; so he sought permission from the commander of the officials that he might not defile himself. Now God granted Daniel favor and compassion in the sight of the commander of the officials, and the commander of the officials said to Daniel, “I am afraid of my lord the king, who has appointed your food and your drink; for why should he see your faces looking more haggard than the youths who are your own age? Then you would make me forfeit my head to the king.” But Daniel said to the overseer whom the commander of the officials had appointed over Daniel, Hananiah, Mishael and Azariah, “Please test your servants for ten days, and let us be given some vegetables to eat and water to drink. Then let our appearance be observed in your presence, and the appearance of the youths who are eating the king’s choice food; and deal with your servants according to what you see.” So he listened to them in this matter and tested them for ten days. And at the end of ten days their appearance seemed better and they were fatter than all the youths who had been eating the king’s choice food. So the overseer continued to withhold their choice food and the wine they were to drink, and kept giving them vegetables. Daniel 1:8-16 (NASB)

If Daniel was rejecting food not approved under the Mosaic Law, why did he reject the wine? Or, did he want to avoid food offered to Babylonian gods? Foreign gods are not gods according to the New Testament (Galatians 4:8). There is only one God. The answer is, “We do not know for sure why Daniel rejected the food!” There is no clear, satisfactory answer. What we do know is that Daniel did not want to “defile” himself. Daniel was seeking holiness! That is the key point. That is the message of these verses. 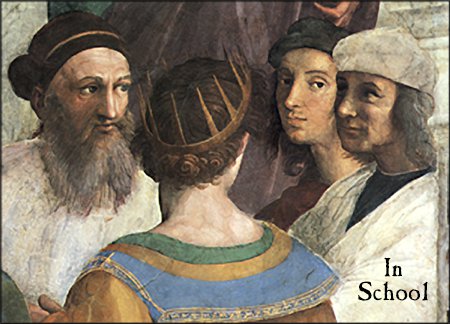 My son, do not forget my teaching, But let your heart keep my commandments . . . Do not let kindness and truth leave you; Bind them around your neck, Write them on the tablet of your heart. So you will find favor and good repute In the sight of God and man. Trust in the LORD with all your heart, And do not lean on your own understanding. In all your ways acknowledge Him, And He will make your paths straight. Proverbs 3:1-6 (NASB)

So God granted Daniel favor and compassion and He granted all four young people knowledge, intelligence, and wisdom.

And as for these four youths, God gave them knowledge and intelligence in every branch of literature and wisdom; Daniel even understood all kinds of visions and dreams. Daniel 1:17 (NASB)

Three years past between verses seventeen and eighteen. The day came for them to be evaluated by the king.

Then at the end of the days which the king had specified for presenting them, the commander of the officials presented them before Nebuchadnezzar. And the king talked with them, and out of them all not one was found like Daniel, Hananiah, Mishael and Azariah; so they entered the king’s personal service. And as for every matter of wisdom and understanding about which the king consulted them, he found them ten times better than all the magicians and conjurers who were in all his realm. Daniel 1:18-20 (NASB)

God had granted Nebuchadnezzar victory over Jehoiakim. He granted Daniel favor with his overseer, the youths knowledge, intelligence, and wisdom, and the result was favor with the king. Dr. J. Vernon McGee adds this,

I want to submit to you that the Bible was not written by a bunch of . . . men who were ignorant. Moses was learned in all the wisdom of Egypt. The Egyptians were quite advanced; they knew the distance to the sun, and they knew that the earth was round. It was a few Greeks who came along later and flattened out the earth. They were the “scientists” in that day, you see. Science taught that the earth was flat. The Bible never did teach that; in fact, it said it was a circle (see Isa. 40:22). Daniel, too, as a young man was outstanding. He must have rated high on the list of these young men who were given tests in the court of Nebuchadnezzar. The apostle Paul, who wrote much of the New Testament, was up in that bracket intellectually also. All these were brilliant young men who were exposed to the learning of their day. I get weary of these so-called [intellectuals] who act as if the Bible was written by a group of ignoramuses . . . Daniel was nobody’s fool. He was a brilliant young man and he was taught as few men have been taught . . . Thru the Bible with J. Vernon Magee, Vol III

Daniel was brilliant and holy. The kings of Judah and Israel caused the kingdoms to fall into captivity by their evil. Here we have a young man who seeks to be holy, and God responds by making him one of the great prophets of the Old Testament.

When Queen Victoria reigned in England, she would occasionally visit some of the “humble cottages” of her subjects. One time she entered the home of a widow. Later the poor woman was taunted by her neighbors, “Granny, who is the most honored guest you have ever entertained in your home?” They expected her to say it was Jesus. But to their surprise she answered, “Her Majesty, the queen.” They were surprised and asked, “Did you say the queen? Ah, we caught you this time! How about Jesus?” To that, the woman responded, “No, He is not a guest. He lives here!”

Daniel could have sinned and done what he wanted. He was away from home, away from parents and away from church – unseen by all who knew him. This reveals Daniel’s real heart. He risked his life to be holy. God was not a visitor in His life. Do you live your Christian life as if God is a visitor?