Why did Jesus choose Judas Iscariot as a disciple?

Why did Jesus choose Judas Iscariot as a disciple if He knew Judas was going to betray him?

Why did Jesus choose Judas Iscariot as a disciple? The answer is that Jesus selected Judas because this was part of God’s plan. Jesus gives us the first hint that He would be betrayed while He was speaking to a large crowd of followers.

But there are some of you who do not believe. For Jesus knew from the beginning who they were who did not believe, and who it was that would betray Him. John 6:64 (NASB) 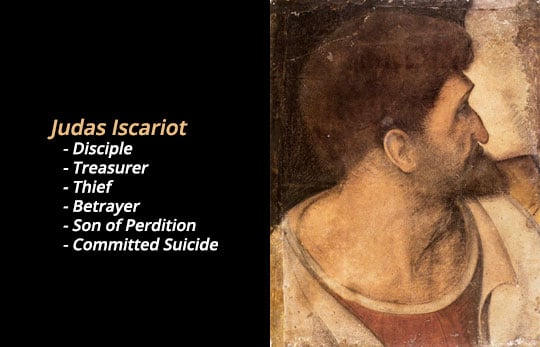 John 6:66 says that many of His “disciples” subsequently left Him. Why did so many leave Jesus? The answer is many did not truly believe in Jesus. At the same time, Jesus revealed that one of the so-called disciples would betray Him. Those who are real believers will not turn traitor and desert Jesus. This passage also tells us that Jesus was not surprised that someone would betray Him and He knew who the traitor would be.

Jesus answered them, “Did I Myself not choose you, the twelve, and yet one of you is a devil?” Now He meant Judas the son of Simon Iscariot, for he, one of the twelve, was going to betray Him. John 6:71 (NASB)

John 12:4 tells us again that Judas would be the betrayer of Jesus. So why would Jesus choose Judas? There are probably many reasons. One reason could be that Jesus wanted to show us how to love even our enemies. Another reason could be that God wanted to leave an example for us that even those we trust may betray us. John 13:22 tells us that even after Jesus told His disciples that one of them would betray Him, they did not know who would possibly do so. Often there are no visible signs that someone will betray us.

I do not speak of all of you. I know the ones I have chosen; but it is that the Scripture may be fulfilled, “HE WHO EATS MY BREAD HAS LIFTED UP HIS HEEL AGAINST ME.” . . . He became troubled in spirit . . . and said, “Truly, truly, I say to you, that one of you will betray Me.” The disciples began looking at one another, at a loss to know of which one He was speaking. John 13:18-22 (NASB)

It was done so that the prophecies of old would be fulfilled. The prophecy Jesus quoted is Psalm 41:9. His statement reveals why He selected Judas. John 17:12 tells us Judas is the son of perdition. The Greek word for perdition is apoleia and it means “destroying or utter destruction.”

While I was with them, I was keeping them in Thy name which Thou hast given Me; and I guarded them, and not one of them perished but the son of perdition, that the Scripture might be fulfilled.  John 17:12 (NASB)

Here is another instance of fulfilled prophecy. Judas did not lose his salvation; he was never saved. This has been clear since John 6:64. This is not a picture of a swan becoming dirty, but of a pig that never left the mud. It is hard to understand how he could have been so close to Jesus and then betray the sinless Son of God. But he reveals how sinful a person can be – even so-called Christians in the church. Judas was a tare among the wheat.

And Satan entered into Judas who was called Iscariot, belonging to the number of the twelve. And he went away and discussed with the chief priests and officers how he might betray Him to them. Luke 22:3 (NASB)

Therefore, we should not be surprised that churches have problems and supposed “Christians” leave the faith. Acts 1:16-17 states that prophecy was fulfilled when Judas betrayed Christ.

Brethren, the Scripture had to be fulfilled, which the Holy Spirit foretold by the mouth of David concerning Judas, who became a guide to those who arrested Jesus. For he was counted among us, and received his portion in this ministry.  Acts 1:16-17 (NASB)

Why did Jesus choose Judas? The major reason is to fulfill prophecy. Jesus knew that Judas would betray Him. Jesus could have chosen someone else, but Scripture had to be fulfilled. This is an important lesson for Christians. Just because someone says they are a Christian does not mean they are a Christian. 1 John 2:19 teaches us that if someone leaves the faith they were never a true Christian.

They went out from us, but they were not really of us; for if they had been of us, they would have remained with us; but they went out, in order that it might be shown that they all are not of us. 1 John 2:19 (NASB)

Does the Bible indicate that Judas was not saved?
Did Jesus have two disciples named Judas?
Where did Judas hang himself?
Does the place where Judas hung himself (Hakeldama) still exist?
Call of the Twelve
Betrayed By A Friend
Why did Judas betray Jesus since everyone knew Him?
If Judas was not a believer how could he cast out demons?
Jesus Was Betrayed By a Friend Called Judas
Self Inventory Test – Determine if you a Christian