Why did God hate Esau and love Jacob?

Why did God hate Esau (Malachi 1 and Romans 9)?

Malachi 1:2-4 and Romans 9:10-13 are two passages that tell us God hates Esau and his descendants of Edom.

“I have loved you,” says the LORD. But you say, “How have You loved us?” “Was not Esau Jacob’s brother?” declares the LORD. “Yet I have loved Jacob; but I have hated Esau, and I have made his mountains a desolation and appointed his inheritance for the jackals of the wilderness.” Though Edom says, “We have been beaten down, but we will return and build up the ruins”; thus says the LORD of hosts, “They may build, but I will tear down; and men will call them the wicked territory, and the people toward whom the LORD is indignant forever.” (NASB) Mal. 1:2-4 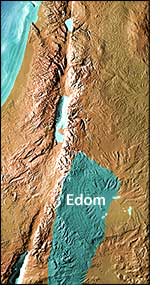 The conflict had its roots in the hatred between these two brothers. The tension between them started when they were children, and it grew worse after their father Issac gave the birthright to Jacob rather than to Esau. The story about the birthright can be found in Genesis 27. In that chapter we are told that Jacob deceived his father into giving him the birthright, yet his brother had promised to give the birthright in exchange for food. Esau had been dishonest. As a result their father gave his full blessing on the youngest brother, Jacob, and later declared that Esau would serve his younger brother in Gen. 27:27-29. From that time to the present age there have been hatred and wars between them and their descendants.

When we read Malachi 1:2-4, we discover that God had been protecting Jacob from the vengeance of his brother Esau. Notice that God does say in Malachi 1:2-4 that He hates the man called Esau. God is simply saying that He is angry at the nation of Edom for its bitter hatred towards Israel.

Before Esau and Jacob were born, God had decided that Esau would serve his brother Jacob. That is the message of Romans 9:10-13. But God did not decide that hatred would occur. Yet, Romans predicts that God would love Jacob. This is a reference back to Malachi 1:2-4.

What shall we say then? There is no injustice with God, is there? May it never be! Romans 9:14 (NASB)