What is the meaning that Jesus is the Son of God?

What is the meaning that Jesus is the Son of God? 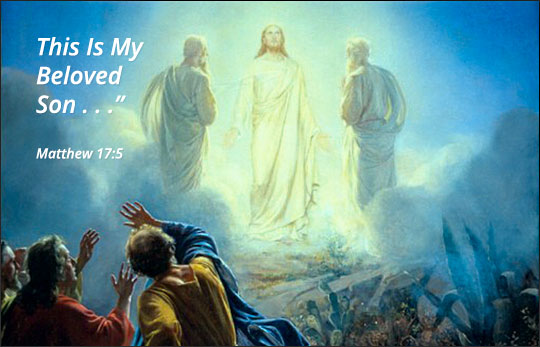 Meaning of “Son of God” Is Rooted In The Old Testament

But as for Me, I have installed My King
Upon Zion, My holy mountain.
I will surely tell of the decree of the LORD:
He said to Me, “You are My Son,
Today I have begotten You.”  Psalm 2:6-7 (NASB)

Your throne, O God, is forever and ever;
A scepter of uprightness is the scepter of Your kingdom.
You have loved righteousness and hated wickedness;
Therefore God, Your God, has anointed You
With the oil of joy above Your fellows. Psalm 45:6-7 (NASB)

These two verses expand on Psalm 2:6-7 and reveal that “My King” is God. The most important statement in verse 7 is “God, Your God has anointed You.” This statement alerts us that God cannot be easily understood. Psalm 2:6-7 referred to the Messiah as My son and My King and now He is also God.

Therefore the Lord Himself will give you a sign: Behold, a virgin will be with child and bear a son, and she will call His name Immanuel. Isaiah 7:14 (NASB)

Isaiah 7:14 refers to an unusual birth. How can a child be born when the human mother is a virgin? For an explanation of the virgin birth, you can visit “The Gift The Virgin Birth of Christ.” From this verse we learn that God will give us a sign. The sign is a virgin has a child. Those who desire to change the meaning to a young woman having a child miss the “sign.” Young women have babies every day. That is not a sign; but a virgin giving birth is a sign. The next critical statement is that His name is Immanuel. Matthew 1:23 explains the meaning of this word. It means “God with us.” That means this child will be God. No statement is made that the child is the Son of God, but that is the implication.

For a child will be born to us, a son will be given to us;
And the government will rest on His shoulders;
And His name will be called Wonderful Counselor, Mighty God,
Eternal Father, Prince of Peace.
There will be no end to the increase of His government or of peace,
On the throne of David and over his kingdom,
To establish it and to uphold it with justice and righteousness
From then on and forevermore.
The zeal of the LORD of hosts will accomplish this. Isaiah 9:6-7 (NASB)

Then in Isaiah 9:6-7 we discover another passage about the child who will be born. The child has many wonderful names. He is the Messiah who is called the “Mighty God” and “Eternal Father.” Consistently, this son or child is referred to as God.

But as for you, Bethlehem Ephrathah,
Too little to be among the clans of Judah,
From you One will go forth for Me to be ruler in Israel.
His goings forth are from long ago,
From the days of eternity.
Therefore He will give them up until the time
When she who is in labor has borne a child.
Then the remainder of His brethren
Will return to the sons of Israel.
And He will arise and shepherd His flock
In the strength of the LORD,
In the majesty of the name of the LORD His God.
And they will remain,
Because at that time He will be great
To the ends of the earth. Micah 5:2-4 (NASB)

Micah 5:2 pulls everything together. Verse 2 and 3 reveal that a child will be born in Bethlehem Ephrathah. Verse 2 and verse 4 state that He will be a ruler of Israel and verse 2 states that He will be eternal. He will be God. While the passage does not say it, we can conclude that this is the Son of God since Psalm 2:7 called the Messiah, “My Son.”

The theme of these Old Testament passages is that the Messiah would be human and deity. A child would be born and He would be God. But why is He called the Son of God?

Meaning of “Son of God” In The New Testament

“Son of God” is used only of Christ in the New Testament. The first time it appears is in Luke 1:35.

“He will be great and will be called the Son of the Most High; and the Lord God will give Him the throne of His father David; and He will reign over the house of Jacob forever, and His kingdom will have no end.” Mary said to the angel, “How can this be, since I am a virgin?” The angel answered and said to her, “The Holy Spirit will come upon you, and the power of the Most High will overshadow you; and for that reason the holy Child shall be called the Son of God.” Luke 1:32-35 (NASB)

Before Jesus Christ was born, the angel Gabriel announced to Mary that her male child would be the “Son of the Most High” and be called the “Son of God.” He would rule over Israel forever and would be virgin born. Like a giant knot that ties a group of ropes together, this verse ties all of the Old Testament passages that we have studied together. Mary’s child would be the Messiah, the Son of God and He was God. The phrase Son of God had a messianic meaning but it also referred to deity. See “My Son — What is the meaning of Psalm 2:7?” for more information about Christ’s messianic title..

The Jews picked up stones again to stone Him. Jesus answered them, “I showed you many good works from the Father; for which of them are you stoning Me?” The Jews answered Him, “For a good work we do not stone You, but for blasphemy; and because You, being a man, make Yourself out to be God.”

In John 10:36 the second meaning of the term “Son of God” is given. In this verse Jesus, Himself, defines the term. He rebukes the Pharisees who were accusing Him of blasphemy because He said He was the “Son of God.”

Then in verses 31-33, He clearly reveals that the Pharisees understand the term “Son of God” to mean God. They understood that Jesus was claiming to be God. Visit the articles Why is Jesus called the Son of God?, Did Jesus ever say that He was the Son of God?  and “What does Son of Man and Son of God mean?” 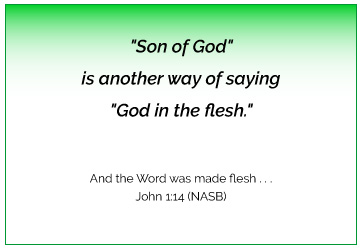 What Is The Apocrypha? Should It Be In The Bible?
The Gift The Virgin Birth of Christ
Did Jesus ever say that He was the Son of God?
What does Son of Man and Son of God mean?
My Son — What is the meaning of Psalm 2:7?