Should a church financially support a pastor in retirement?

Should we pay a pastor after he retires?

There are two principles to consider. The first principle is that Christians are required to support those who teach the Word of God. That is, the church must financially support its pastor and that support must be enough to provide for his retirement.

The first principle is that God has asked Christians to support those who teach the Word of God. One of the key passages is 1 Timothy 5:17,

The elders who rule well are to be considered worthy of double honor, especially those who work hard at preaching and teaching. For the Scripture says, “You shall not muzzle the ox while he is threshing,” and “The laborer is worthy of his wages.” 1 Timothy 5:17-18  (NASB)

The Greek word that is translated as “honor” is time and it has been translated as “honor, price or wages”.  In this context, the Greek word refers to financial support since verse 18 tells us that an ox should be allowed to eat while threshing and the worker is worthy of his wages. The message of the passage is that if an elder or pastor works hard at preaching and teaching, then he is worthy of double pay or double financial compensation. This is an important truth that some Christians miss. In fact, some church leaders think that poverty is essential for a godly pastor. But that is not the message from God. Here we are told that an elder or pastor who works hard is worthy of double wages! 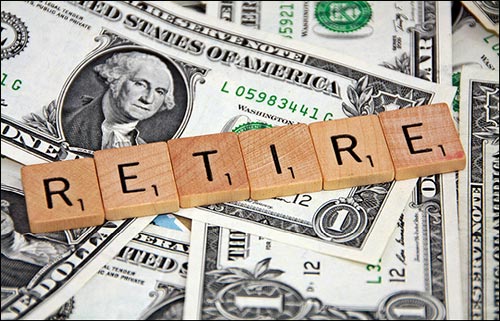 Another passage dealing with the financial compensation of a pastor is found in Galatians 6:6.

The one who is taught the word is to share all good things with the one who teaches him. Galatians 6:6  (NASB)

This verse reveals that an elder or pastor is worthy of more than just his basic salary. The church is to share all good things. The phrase “all good things” comes from two Greek words pas agathois. The Greek word pas  means “all”.  Now that is very inclusive. All includes more than a basic salary. The Greek word agathois means “good”. That is, if you are being blessed by your pastor or teacher at your church, a Bible study teacher, an author or a website, then this verse says bless them in some way. Do it with some possession, if you can!

This principle of financial support for pastors has been established by God. Those churches who do not financially support their pastor have failed to honor them (Zechariah 11:12-13). Churches should seek to greatly bless their pastors financially, rather than try to squeeze as much out of them as possible.

Further when the Lord Jesus sent the seventy disciples on a mission’s trip He told them to willingly accept financial support from those to whom they ministered. When they arrived in a city they were to enter a house that would accept them and then stay. Here is His command,

And He was saying to them, “The harvest is plentiful, but the laborers are few; therefore beseech the Lord of the harvest to send out laborers into His harvest. Go;  behold, I send you out as lambs in the midst of wolves. Carry no money belt, no  bag, no shoes; and greet no one on the way. Whatever house you enter, first say, ‘Peace be to this house.’ If a  man of peace is there, your peace will rest on him; but if not, it will return to you. Stay in  that house, eating and drinking  what they give you; for  the laborer is worthy of his wages. Do not keep moving from house to house.”  Luke 10:2-7 (NASB)

Notice that Jesus said the “laborer is worthy of his wages”. Later the apostle Paul reveals that he understood to teach that those who minister the Word of God should receive financial support.

In the same way the Lord commanded those who proclaim the gospel to receive their living by the gospel. 1 Corinthians 9:14  (NASB)

In addition, Philippians 4:15-17 reveals that the early church supported the apostle Paul. This is one example of faithful obedience to the principle that the church is to support those who teach and preach the Bible.

The second principle is that the church must provide for a financial retirement for pastors and their widows. There are three points to this principle.

The first point is that God has directed the church to financially support widows in retirement in 1 Timothy 5:3-16. Retirement support for widows was to be provided if the need was real. Widows who were in real need are referred as “widows indeed.”

Honor widows who are widows indeed; but if any widow has children or grandchildren, they must first learn to practice piety in regard to their own family and to make some return to their parents; for this is acceptable in the sight of God. 1 Timothy 5:3-4  (NASB)

The teaching about “widows indeed” is given in  1 Timothy 5:3-16. In these verses the church is told to provide support only if the following nine conditions were satisfied:

That is a long list of qualifications that she must satisfy in order to be supported by the church in retirement. For the answer to this question, the important part of the list is that she must have ministered to the saints in the church. That is, she was actively  engaged in the ministry of the church and helped some who really struggled – some who were in real distress. That is, she was not some detached leader who never engaged in serious one-on-one ministry to the saints.

There is no question that pastors need an income in retirement and there are a variety of ways that an income can be provided. How this occurs will depend upon the church and the pastor unless the pastor is independently wealthy due to an inheritance or has a pension from a previous career. Otherwise, the pastor and the church leaders need to jointly plan how to provide for his retirement.

In some cases a church should show mercy since some pastors are poor planners. Some pastors have had serious physical problems later in life that prevented them from working. Some churches never established a retirement plan for their pastor due to internal leadership disagreements and lack of care and foresight. Or, maybe the church itself was poor. In cases where the pastor’s previous churches ignored their responsibility, the subsequent churches must provide for his retirement needs.

Each situation is unique, but the principle of financial support for a pastor’s daily needs, including retirement is a biblical one. Therefore, if the pastor worked hard at preaching and teaching, then the last church that he pastored is obligated to meet his needs in retirement, but not necessarily all of his wants. Honor God’s command.

What is the church's responsibility in caring for a pastor?
Should pastors be wealthy?
Is it right for pastors to get paid as a profession?