Is the Roman Catholic Church the pillar and defender of the truth?

Is the Roman Catholic Church the pillar and supporter of the truth?

1 Timothy 3:15 states that the church is the pillar and support or defender of the truth.

The key concept of this verse is that the church is to support and defend the Word of truth, which is the Scriptures or the teachings of the Bible. Acts 15 is a great example of this principle since it shows the apostles and the elders in the church in Jerusalem working together to determine the truth and give directions to Christians in Antioch. They examined the Scriptures in the Old Testament and concluded that salvation was available to everyone, not just Jews. But the church is not the creator of the Truth. The Bible is the Word of Truth and Jesus said that He was the Truth and He came to reveal the truth (John 18:37). The church is the defender and communicator of the Truth (1 Timothy 3:15 and Acts 15) but not the creator of truth. 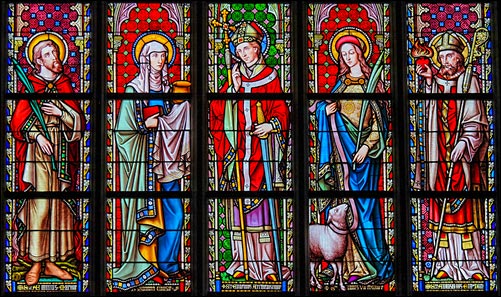 Bible Was Closed After Christ And The Apostles

Today, the canon of sixty-six books, known as the Bible, is closed. New revelation is not being given today by God. For example, the Old Testament pointed to a coming Messiah, Savior, Prophet, King and Lord and He arrived (Deuteronomy 18:18; 2 Samuel 7:16-17; Isaiah 9:6; 53). The Jews were waiting for this person and it is clear that even non-Jews were waiting for Him. The magi came looking for Him (Matthew 2:1-2). Micah 5:2 revealed that He would be God from eternity past and, yet, be born as a human in Bethlehem. As the promised prophet He would give us new truth and He did do that when He came. Malachi 3:1 revealed that He would be Jehovah God. The prophecies said that He would be a king (Isaiah 9:6).

When He came, the Holy Spirit announced that He would be named Jesus Christ (Matthew 1:25). When Jesus came, He said that He came to give us Truth (John 18:37). That is, He was prophesied as a prophet. When He arrived, He did communicate new truth (Matthew 5:17). He elucidated it and amplified it. God told us One would come. We expected Him and when He arrived, He introduced new truth.

Then He authenticated the apostles as those who would continue giving new truth (John 14:26). The apostles were His sent-ones (meaning of the Geek word apostolos). The apostles were His spokesmen and they added to the Word of Truth (Ephesians 2:20; 3:4-5). The Old Testament told us to expect Christ. Then Christ passed the baton of His authority to the apostles. As a result, we have the New Testament which at the time was new revelation given to us by Christ and His apostles.

Then when the last apostle, John, died, new revelation ceased. The apostle John communicated that fact at the end of Revelation (Rev. 18-19). The apostles did not pass the baton of new revelation to anyone else. There are no prophesies of a future apostle or prophet. The apostles did not point us to another prophet either. The next one we are waiting for is Jesus Christ. We are waiting for His promised return (Acts 2:10-11), His second coming. Consequently, no one today has authority to add to the sacred writings, including any official church and the pope.

The Roman Catholic Church believes that the Apostle Peter was the cornerstone of the church. They have elevated Peter as the chief of the apostles and have claimed the Roman Catholic Church holds the baton of truth. Consequently, they teach that they have authority to add truth that is considered equal to the Bible.  However, this is an error for several reasons.

First, it is obvious that Peter was not superior to the other apostles since the Apostle Paul rebuked Peter for a sin in Galatians 2:14. Secondly, Paul wrote most of the New Testament epistles, but Peter wrote only 1 and 2 Peter and the gospel of Mark, with the help of John Mark. Galatians 1:15-24 tells us that God trained Paul independently of Peter. Then Paul later consulted with the apostles in Jerusalem. Paul was at least an equal with Peter as were the other apostles.

On This Rock I Will Build My Church

When Jesus told Peter that He would build His church and Peter had the keys of the kingdom (Matthew 16:18-19), some teachers miss the meaning of the rock.

And Jesus answered him, “Blessed are you, Simon Bar-Jonah! For flesh and blood has not revealed this to you, but my Father who is in heaven. And I tell you,  you are Peter, and on this rock I will build my church, and  the gates of  hell shall not prevail against it. I will give you  the keys of the kingdom of heaven, and whatever you bind on earth shall be bound in heaven, and whatever you loose on earth shall be loosed in heaven.”  Matthew 16:17-19 (NASB)

The Greek words for Peter (petros) and rock (petra) in Matthew 16:18 are different. Jesus intentionally used a different word. The Greek petros was Peter’s name and it means “rock.” The Greek word for rock is petra and it means “cliff of a rock.” A careful reading of the passage reveals that Jesus is referring to something as a rock. The answer becomes clear in verse 16 when Peter tells Jesus that He is the “Christ, the Son of the Living God.” The discussion is about Christ (see verses 13-16). When Jesus says that He will build the church on petra, He was referring to Himself. That is, when He said, “upon this rock” petra referred to Christ. See “What does the New Testament say about the Vicar of Christ?” and “Peter’s Confession” for a fuller explanation.

Built On The Christ The Cornerstone

Ephesians 2:20 explains that the rock is actually Christ. Christ is the chief cornerstone.

. . . built on the foundation of the  apostles and prophets,  Christ Jesus himself being  the cornerstone . . . Ephesians 2:20 (NASB)

What does the New Testament say about the Vicar of Christ?
Peter’s Confession