Is Jesus the Son of God because God put His seed in Mary’s womb?

Is Jesus the Son of God because He put His seed in Mary's womb?

The title “Son of God” has one primary meaning with another having a slight change of meaning. The title usually means that Christ is God. The secondary meaning is that since the Holy Spirit caused Mary to be pregnant, the term refers to Jesus being God’s son (Psalm 2:7). For an explanation of both you are encouraged to read, “What is the meaning that Jesus is the Son of God?”  The question in this discussion is, “Is Jesus the Son of God because God put His seed in Mary’s womb?”  Our question is not about the meaning of the title but how did  Mary became pregnant by the Holy Spirit? 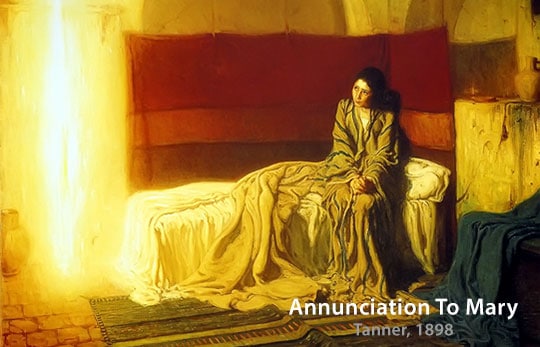 The announcement of the birth of Christ to Mary was given by the angel Gabriel. He announced that the holy Child, Jesus Christ, would be conceived in her and would be called the “Son of God.”

The angel answered and said to her, “The Holy Spirit will come upon you, and the power of the Most High will overshadow you; and for that reason the holy Child shall be called the Son of God.” Luke 1:35 (NASB)

The second important statement is “overshadow you.” The Greek word for overshadow is episkiazo. It has the meaning of “overshadow, envelope or cover.” This Greek word occurs five times in the New Testament and it always refers to a cloud covering or a shadow (Matthew 17:5; Mark 9:7; Luke 1:35; 9:34; Act 5:15). Since the word is used of the Christ’s Shekinah glory,  A. T. Robertson, the foremost twentieth century biblical Greek scholar writes this about episkiazo,

A figure of a cloud coming upon her. Common in ancient Greek in the sense of obscuring . . . Here it is like the Shekinah glory which suggests it (Ex. 40:38) where the cloud of glory represents the presence and power of God[1]

If we combine these phrases together, Mary was told that the Holy Spirit would come upon her with power and surround her.

Therefore, what happened? The answer is simple. We do not know. Scripture does not explain any more details about how Mary became pregnant than what we discovered above.

However, we can eliminate God having sex with Mary or implanting His seed, as some suggest, since God is spirit (John 4:24) and not a man. That is the statement of Numbers 23:19 and Psalm 50:21.

The concept of overshadow or covering also occurs in the Old Testament. In Exodus 40:35 the presence of God covers the tabernacle. In Psalm 91:4; 140:7 God figuratively speaks of protecting His people by covering them. That is, overshadowing is not a reference to sexual intercourse but that Mary would be enveloped with the power of God as the Shekinah glory of God.

Therefore, how did Mary become pregnant? Again, we are told that in some way God caused her egg to miraculously create life and the normal process of pregnancy followed. It is error to state that God implanted His sperm in her or had sexual intercourse with her since He is not a man. It is false teaching to be dogmatic about how this occurred beyond what Scripture has stated.

Those who claim that God impregnated Mary with His seed cannot support this view with Scripture. It is false teaching and or heresy.

. . . nor to pay attention to myths and endless genealogies, which give rise to mere speculation rather than furthering the administration of God which is by faith. 1 Timothy 1:4 (NASB)

But refuse foolish and ignorant speculations, knowing that they produce quarrels. 2 Timothy 2:23 (NASB)

. . . which the untaught and unstable distort, as they do also the rest of the Scriptures, to their own destruction. 2 Peter 3:16 (NASB)

These three passages teach us that God warns us against speculating about things that the Bible does not clearly state. Luke 1:35 is the only passage in the New Testament that describes how Mary became pregnant. Sex is not mentioned, but the power of God is clearly stated. Since God is our creator who can heal, do signs, perform wonders, created Eve from the side of a man and created the universe from nothing, then God can cause Mary to have a baby without sexual intercourse.

Lets honor God as the almighty God who can do anything!

For nothing will be impossible with God. Luke 1:37 (NASB)